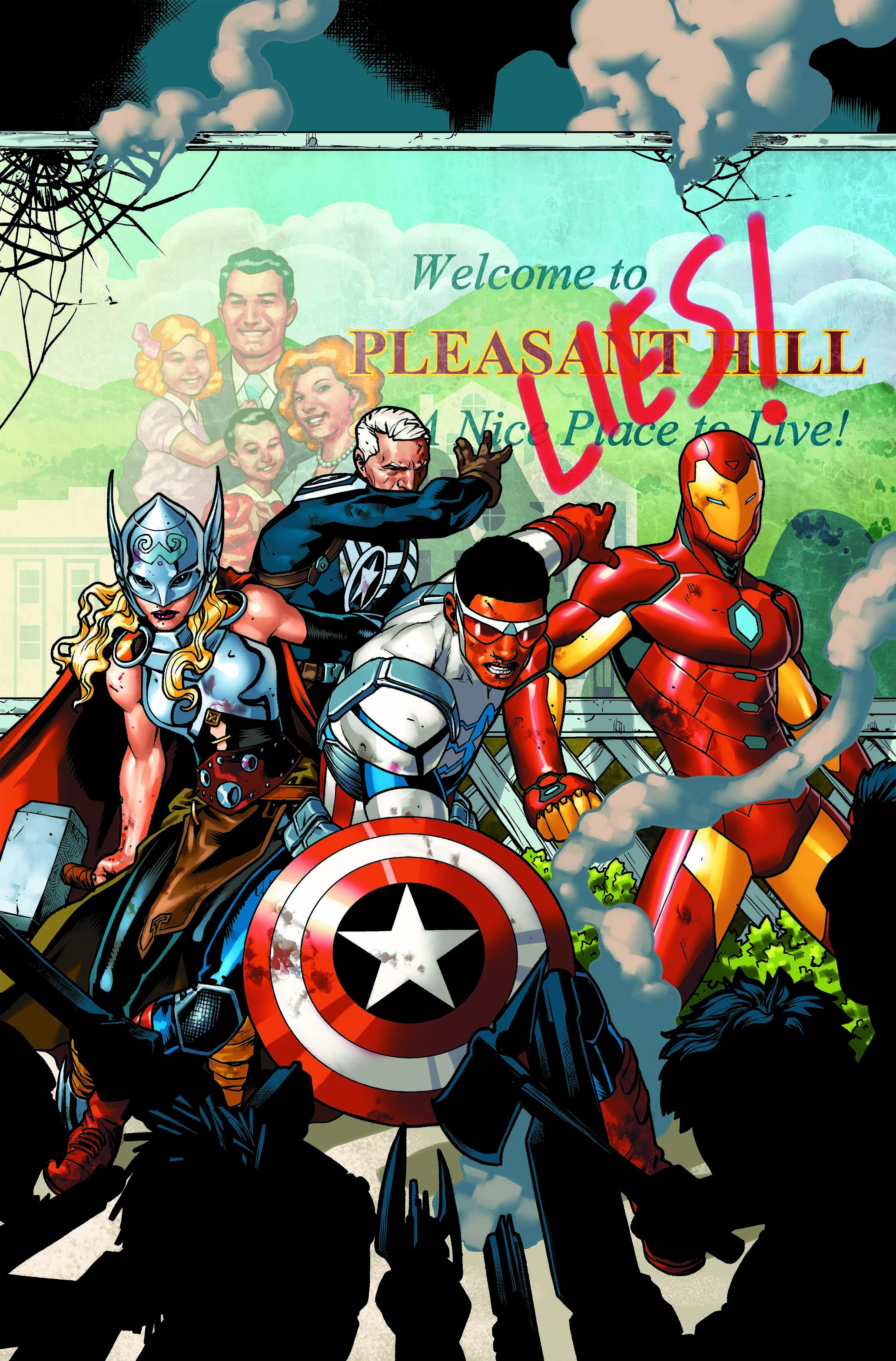 The blockbuster Avengers crossover of 2016 starts here! It’ll take all of Earth’s Mightiest Heroes to uncover the mysteries behind Pleasant Hill – and it’s all happening in AVENGERS: STANDOFF! this Spring! Celebrate the 75th Anniversary of Captain America with a bang as heroes from across the Marvel Universe strap in for an explosive thrill ride!

From the outside it looks like any other remote small town. Only Pleasant Hill is anything but. This gated community has more than its fair share of secrets. Secrets that keep its residents locked away behind its walls. But the time has come for them to finally escape. As their revolt begins – why then are the Avengers trying to keep them inside? And what does it have to do with S.H.I.E.L.D.? What’s hidden at Pleasant Hill might be too much for even the Avengers to handle.

“It was really about trying to craft an event that was very ground-level, very character-driven, where everybody’s in close quarters in a locked-in space,” says Nick Spencer, in an interview with Marvel.com. “It was a perfect setting for us in the scale we wanted to give and the direction and the feel of the event.”