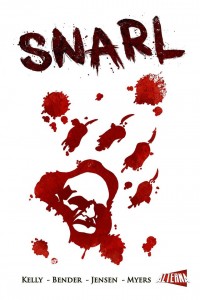 Something sinister is killing people in a Washington State park. Is it an animal? Is it supernatural? All the evidence points to the unexplained and a veteran detective will have to go against all of his training to solve the unsolvable before it’s too late!
———-

I grew up watching old movies, and one of my favorites had to be The Wolf Man. Watching Lon Chaney Jr’s tortured portrayal of Larry Talbot, a guy who was aware of the terrible things he was doing and unable to do anything to stop it, stood out from the crowd of just evil horror villains. Over the years, I’ve watched numerous other werewolf movies, good and bad, and one of the things I’ve come to learn is that bigger isn’t always better… Some of the very best the horror genre has to offer are lower budget independent movies, movies who did so much more with less than most of the major productions in more recent years (do yourself a favor and check out Dog Soldiers).

The world of comic books is no different at all. The market is full to the brim of publishers, some big, some small, some good, some bad.

Case in point: Snarl. This standalone one shot is an entry in the horror genre that I’d like to see get some more play in the industry. Superheroes are cool and all, but there are so many of them that it gets tough to pick the standouts. In Snarl, Alterna Comics gives us something a little different. Detectives Bevil and Sagun have been on the trail of a killer who’s stalking a remote area of a state park. Several victims, the ones who aren’t mauled, mutilated, and left for dead, have disappeared without a trace. Witnesses have reported seeing a huge wolf in the area and hearing its haunting howls echoing through the forest. With their investigation stalling in its traditional examination of the evidence, Bevil and Sagun start to follow less obvious paths.

I’m not going to say that Snarl is a perfect book… it’s not. Personally, I would’ve liked to see another layer or two of editing, as some of the writing could use some cleaning up. What I will say is that Snarl takes a different path in the comic book medium, one that is definitely less traveled, and for that it deserves some attention. The artwork does a fine job of laying the groundwork, and creating a world where European and Native American legends collide. Some of the dialogue might be a little heavy-handed, and could maybe give more attention to the writing adage “show, don’t tell”, but overall the story that’s laid out is one deserving of some attention.

There really is a lot to like in this book. With all of the heroes in tights running around out there, and the plethora of ongoing titles carrying decades of continuity, Snarl is a pretty decent example of what a one-shot title can present for lovers of the horror genre. 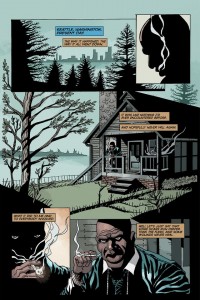 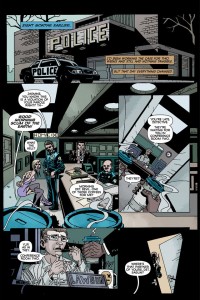 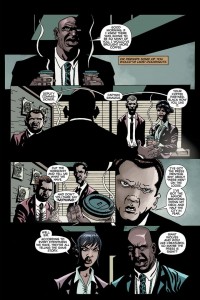