“This is a true crossover in the classic Marvel Style,” says Editor Jordan D. White. “Kicking off in the Vader Down one-shot, the story then bounces between DARTH VADER and STAR WARS, telling a story that is essential to the plotlines of both books, that takes the casts from each and smashes them together in one epic tale!”

Vader’s TIE Fighter has been shot down. Seeing this as their one, best chance to take Vader down once and for all, the Rebellion is ready to throw everything they have at him. Alone, outnumbered, and outgunned, Darth Vader now must face down the entire might of the Rebel Fleet. But the Rebels are about to learn the true unrestrained power of the Dark Side of the Force. With the Rebellion putting it all on the line, could this risky gambit cripple their forces in the fight against the Empire?

“They’ve got Vader in quite a predicament,” says Jason Aaron in an interview with Marvel.com. “He’s grossly outnumbered and his ship has crashed on this alien landscape. Whether everybody believes they can do it or not, they know this is their best shot to capture him or kill him or whatever. When you get that shot, you’ve got to take it and send everyone you’ve got down after him.”

To defeat their greatest enemy, the Rebel Alliance will risk it all. Be there as the Star Wars: Vader Down crossover kicks off in an oversized VADER DOWN #1 one-shot this November  and continues in the pages of STAR WARS and DARTH VADER! 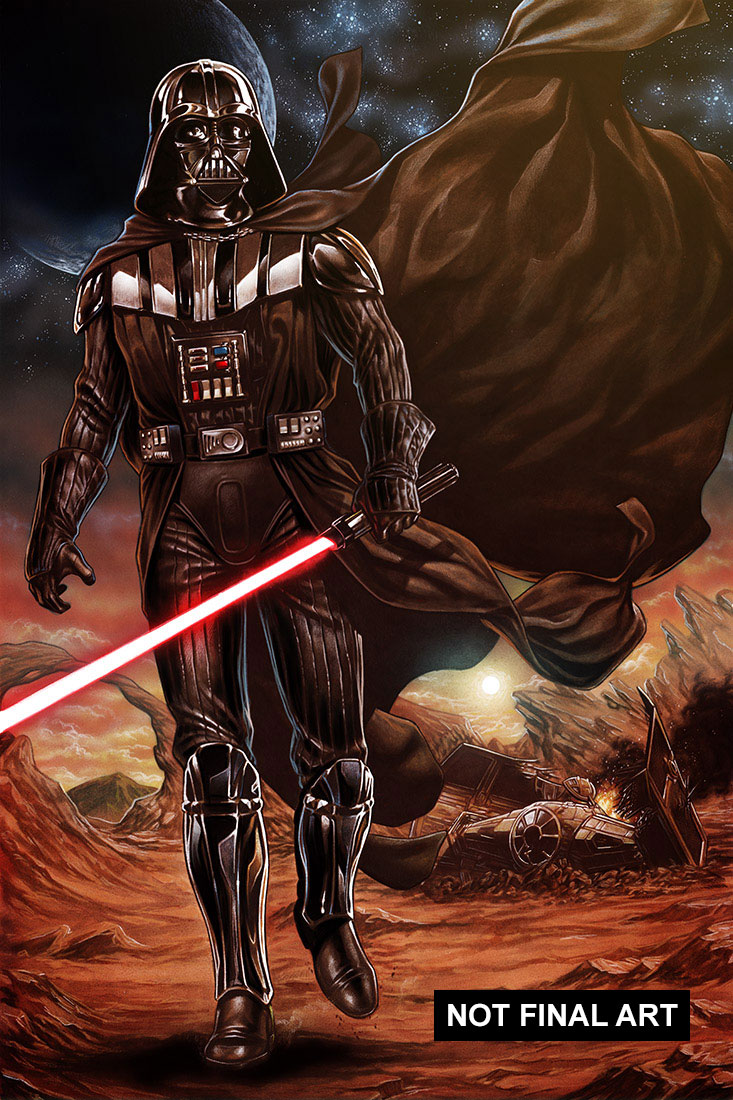