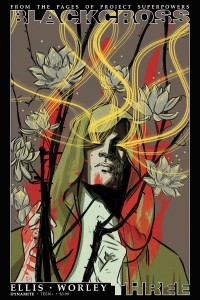 Project Superpowers: Black Cross #3
Writer: Warren Ellis
Art: Colton Worley
Genre: Superhero, Action/Adventure
Publication Date: May 2015
Rob Benton is in hospital and his secret is about to be revealed. But there’s another secret that he doesn’t even know he has, and now Marietta Chesler, possessed by the spirit of something from The Other Side, is coming to tear it out of him. Across town, Jeff Dumont has quietly returned from Tibet, even as The American Spirit is circling Blackcross like a raptor. When Bart Hill, head of the American Spirit case, finds out, he might not think it’s a coincidence — but something else is already stalking Bart…

What Agent Hill is really tracking is something a lot stranger… Some of the citizens of Black Cross are being contacted by mirror image versions of themselves, from another dimension… Think Star Trek episode “Mirror, Mirror”.

Marietta is, by her own admission, a con-artist who poses as a medium for her clients/victims. Since she was contacted by this other version of herself, she’s been seeing things that she can’t explain. As she visits Rob Benton in the hospital, she tells him that she believes there is someone on the “other side” trying to slip over into this world. Rob Benton believes her because as he’s lying in a hospital bed, he sees a darker version of himself hovering over his hospital bed, watching him. Waiting for him to make a decision.

Meanwhile, Jeff Dumont is a prodigal son returning to his long deserted family home, answering a call that he can’t explain. There are beings out there, trapped in between worlds and unable to interact in either, calling to their aspects in this world. All they need is an open door, and they can imbue their doubles with “siddhi”, supernatural powers and abilities that will be needed in the very near future. But what’s the cost of these powers? And once that door is opened, can it be closed? 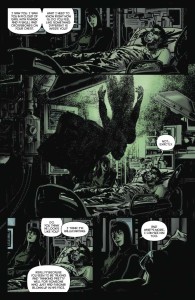 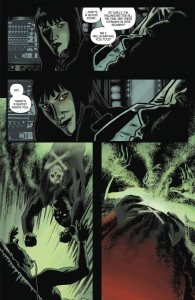 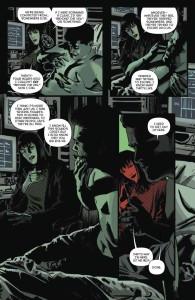