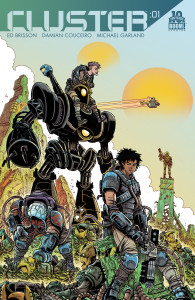 WHAT IT’S ABOUT: In the distant future, as mankind discovers life on other planets, it needs soldiers to defend its colonies and outposts across the stars. In order to increase the number of boots on the ground, criminals are offered the opportunity to serve in the place of incarceration. But as wars wage on and more soldiers are needed, small-time crimes are given long-term punishments. When a group of prisoners serving their time as soldiers become stranded and abandoned on a war-torn planet, they’ll need to work together to survive and uncover the truth behind Earth’s role in deep space.

If you caught the reference in the tag line, you already know what this title reminded me of… In the classic sci-fi masterpiece, Starship Troopers (stop snickering, I’m talking more about the book than the movie… which is also a sci-fi masterpiece) military service against the Bugs guaranteed rights as a full fledged citizen. The parallel here is that service in a war on the distant planet of Midlothian guarantees convicted felons a sentence reduced from life to fifteen years… if they survive.

There’s a pretty brutal story going on here. The life of an inmate is cheap because no matter how many may die, there are always more out there willing to roll their dice for a sentence reduction. Global Outreach Enterprises is very much aware of this, and they use it to their advantage. You see, in their attempts at terraforming the planet of Midlothian for human colonization, they’ve run into a snag. The Pagurani, an advanced alien race, is determined to stop GOE’s efforts at every step, destroying their terraforming towers as fast as they can be put up. Global Outreach Enterprises needs troops, and they need a lot of them.

You may ask yourselves, what’s to stop a heavily armed military force from overthrowing their keepers? That’s a fine question, and I’m glad you asked… The answer is called “the Punch”. It’s a small unit implanted into the chest of every inmate volunteer. It’s designed to ensure that the inmates keep on the straight and narrow. Any inmate who is “punched out” of the main compound has twenty four hours to make it back. Failing that, the Punch liquifies their innards, resulting in a pretty horrific sounding death.

I’m interested in the concept here. The first issue shows some promise, so I’ll be coming back to see if Ed Brisson and Damian Couceiro can continue to deliver. 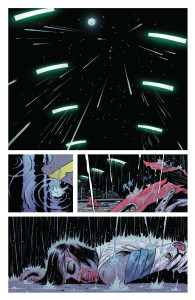 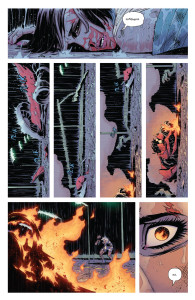 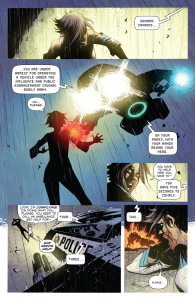 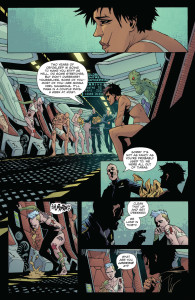