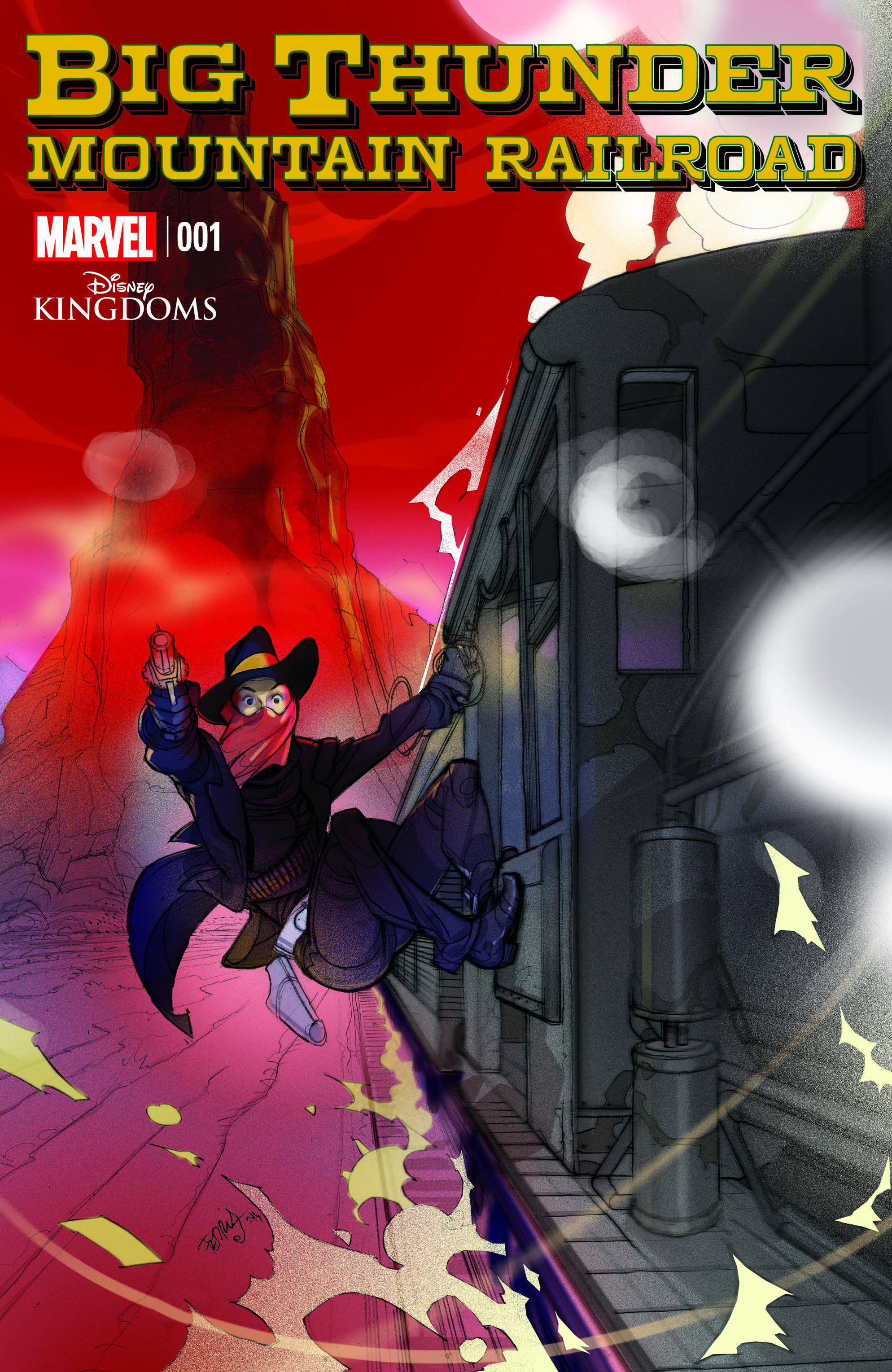 Continuing the unique collaboration between Marvel Comics and Walt Disney Imagineering, Big Thunder Mountain Railroad continues the tradition of the critically acclaimed Seekers of the Weird and Figment in bringing you new adventures inspired by the already beloved lands, attractions, characters and world of Walt Disney Parks and Resorts.

From acclaimed writer Dennis Hopeless (Spider-Woman, Avengers Undercover) and rising star artist Tigh Walker (Avengers Undercover) comes an all-new 5-issue series revealing the never-before-told saga of how the dangerous gold mine of Big Thunder Mountain became the haunted legend it is today. Malevolent mine owner Barnabas T. Bullion is determined to shelter his teen daughter Abigail from the dangers of the Wild West. Little does he know his brave young daughter has other ideas – which include robbing her own father’s mine as a masked bandit!

Earthquakes! Floods! Dynamite-chewing goats! Can the denizens of Rainbow Ridge survive the clash between mankind’s greed and nature’s fury? And what is the protective power that dwells deep within the mysterious mountain? Surprises await you when the newest Disney Kingdoms series pulls out of the station in March 2015!