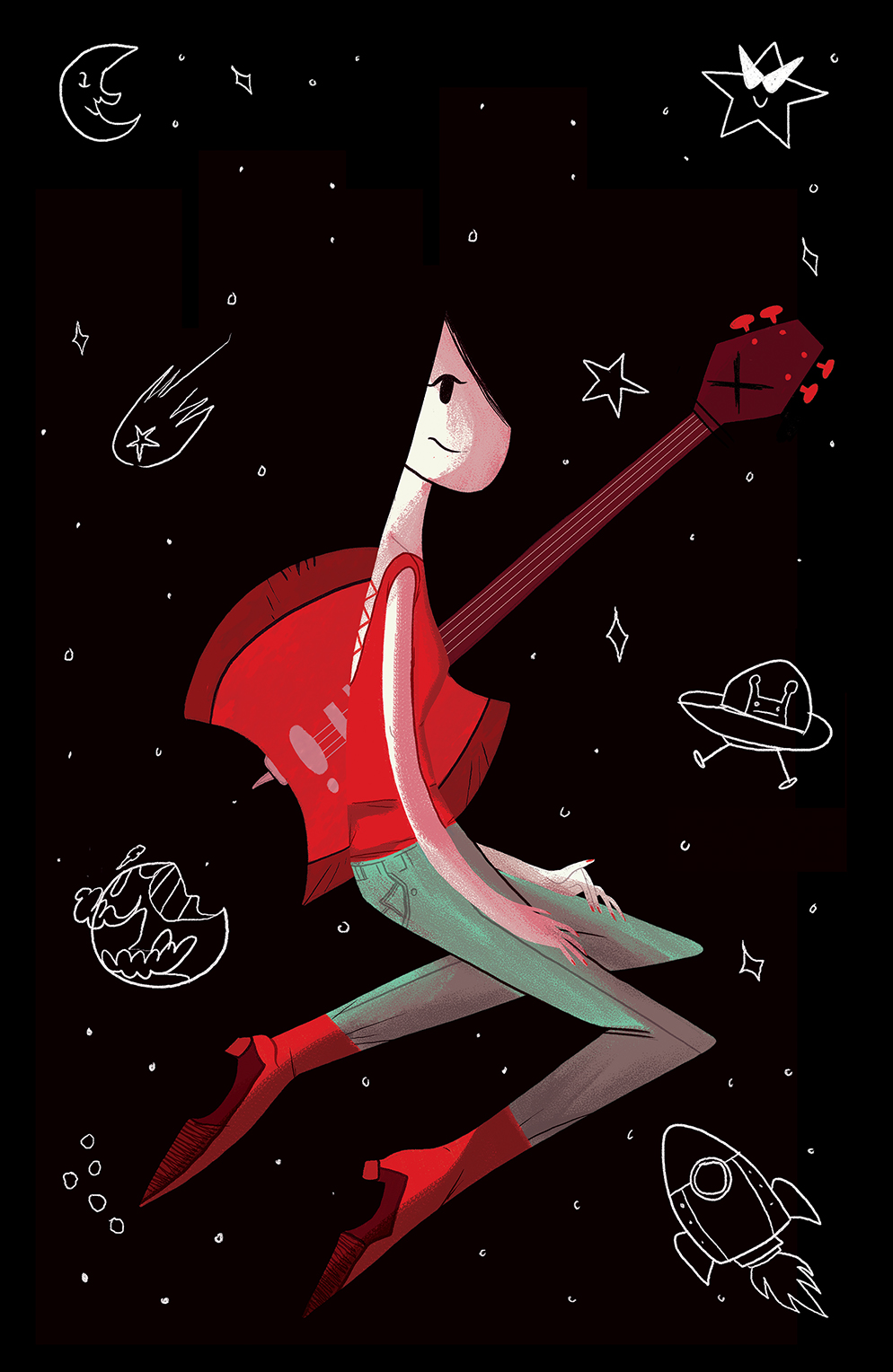 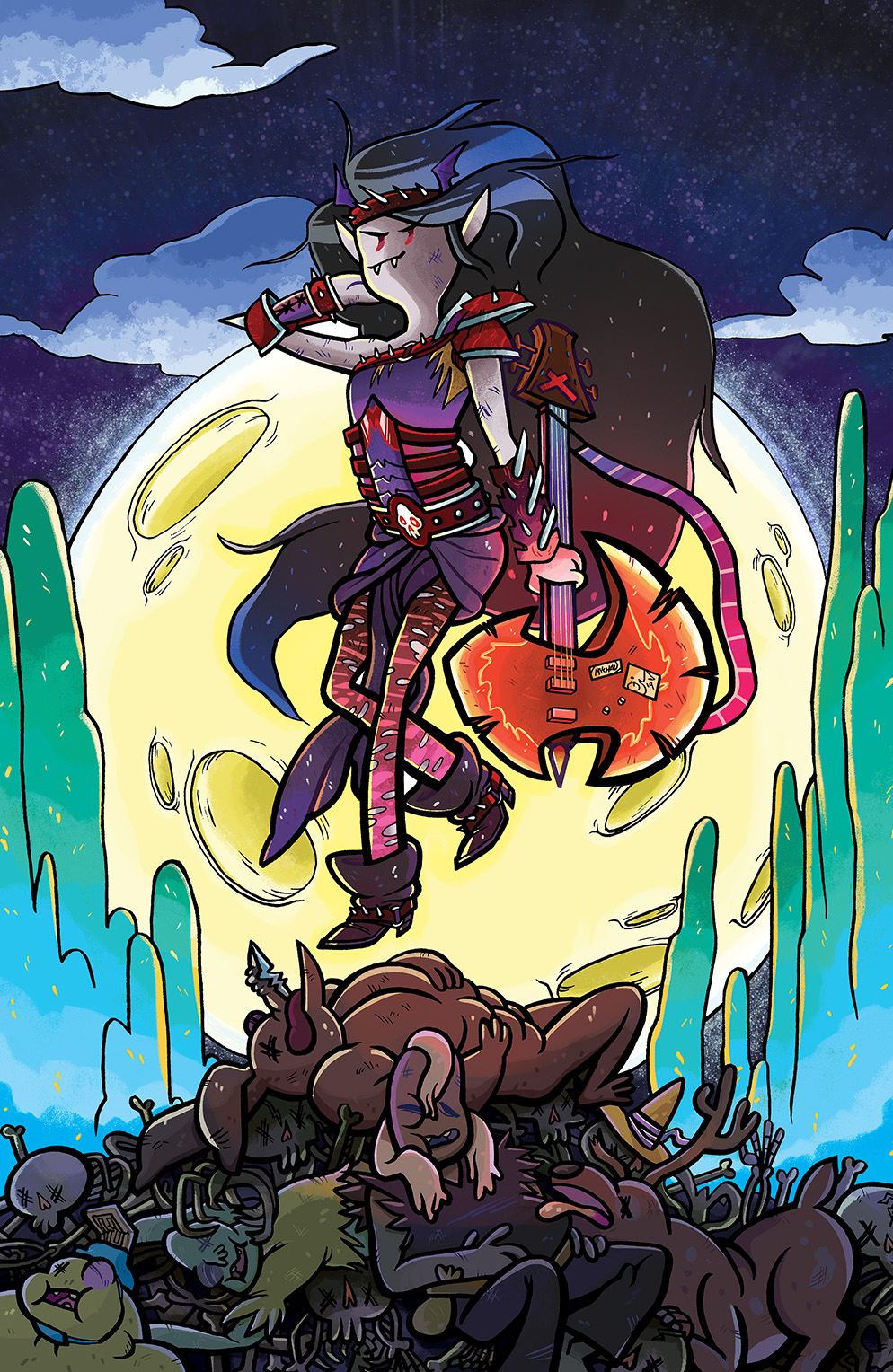 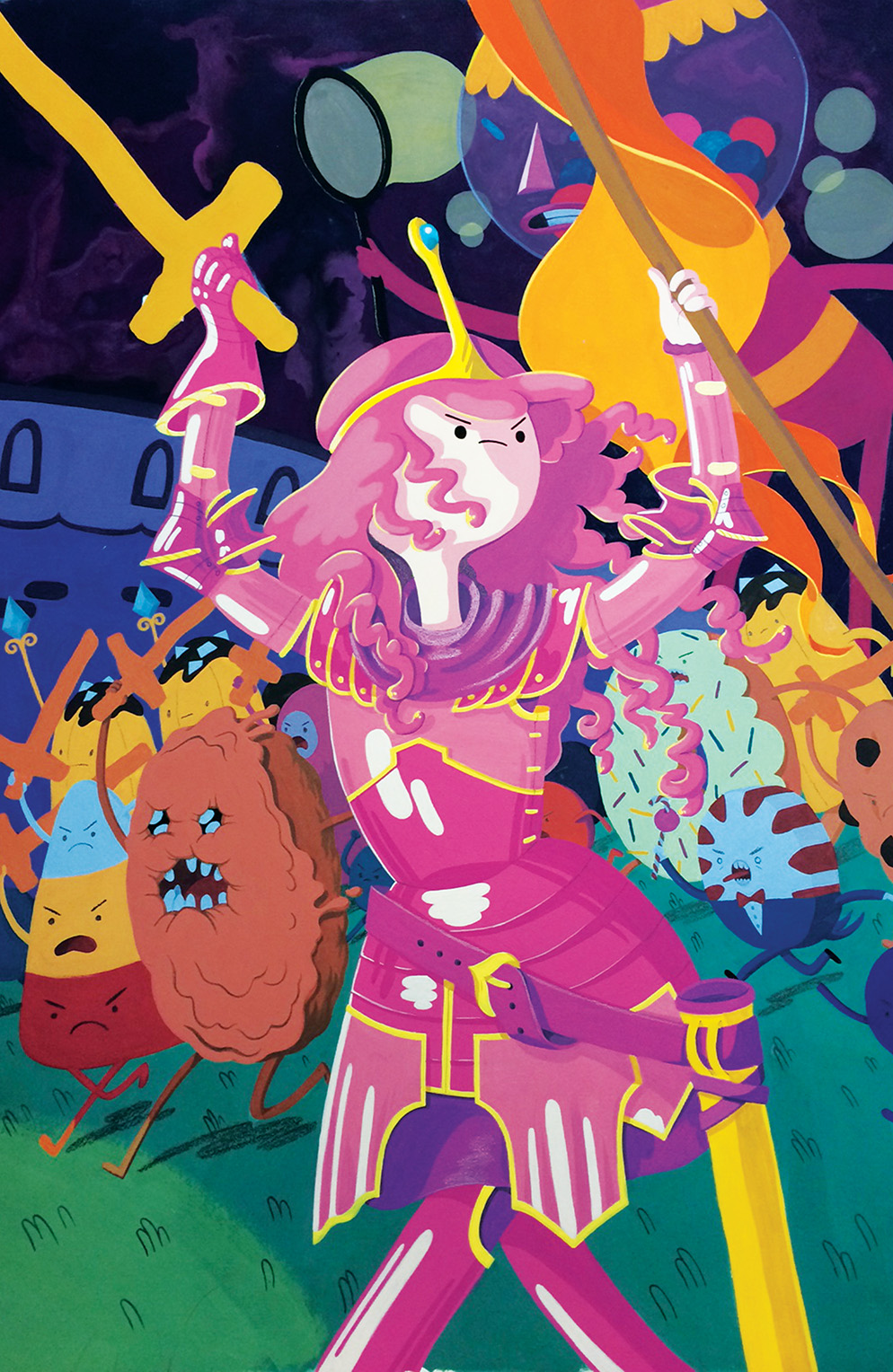 It’s natural for friends to fight, but what happens when you fling your friend into space?! KaBOOM!, the award-winning all-ages imprint of publisher BOOM! Studios,and Cartoon Network Enterprises, the licensing and merchandising arm of the network, are excited to announce the six-issue limited series Adventure Time: Marceline Gone Adriftcoming this January. Following her first Adventure Time miniseries, Marceline and the Scream Queens writer Meredith Gran (Octopus Pie) returns to team up with artist Carey Pietsch (Bee and PuppyCat) and bring an all-new story featuring everyone’s favorite BFFs, Marceline the Vampire Queen and Princess Bubblegum.

“Meredith wowed us with Scream Queens, and we’re very excited to have her back for this new miniseries,” said BOOM! Studios Editor-in-Chief Matt Gagnon. “She and Carey are the perfect team to show off one of Adventure Time’s most popular friendships. We’re journeying outside of Ooo for this one, so get ready to see what kind of trouble Marcy and PB can get into on a different planet!”

Marceline is on a rampage for mysterious reasons, and the kingdom of Ooo is desperately scrambling to stop her. In trying to save both Ooo and Marceline herself, Princess Bubblegum accidentally propels Marceline into the farthest reaches of space…and strips her of her powers! Guilt-ridden, Princess Bubblegum sets off on a space rescue that’ll test the power of her mind…as well as the power of friendship.

Adventure Time: Marceline Gone Adrift #1arrives in comic shops on January 14th with a cover price of $3.99 under Diamond order code NOV141125. The issue ships with main covers by Reimena Yee and Mychal Amann, a retailer incentive cover by Britt Wilson, and a special BOOM! 10 Year Anniversary retailer incentive cover by Joe Quinones. The Final Order Cutoff deadline for retailers is December 15th. Not sure where to find your nearest comic retailer? Use comicshoplocator.com or findacomicshop.com to find one! It’s also available for order directly from boom-studios.com.