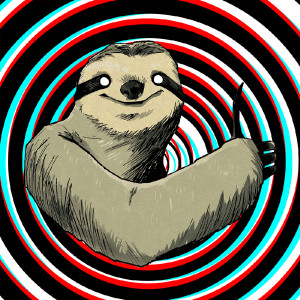 A meme is an idea that starts with an individual, and then spreads throughout multiple persons and potentially entire societies. Richard Dawkins suggests a meme’s success comes from its effectiveness to the host. But history shows that destructive memes can spread just as rapidly through society. MEMETIC shows the progression of a weaponized meme that leads to the utter annihilation of the human race within 72 hours. The root of this apocalypse is a single image on the internet, a “meme” in the popular sense. A meme that changes everything.
————–

There are people out there who think that this “information age” we live in has actually hurt us more than we know. Once upon a time, if we needed information, we had to put in the work and go look for it. Now, if we need to know something, we just hit up Google and we’re done. No effort. Knowledge isn’t earned anymore, it’s just plugged in and forgotten as soon as we move on to the next web page.

And along came “social networking”… Now we not only don’t really have to earn our own information, but we don’t have to put any effort into things like conversing (believe me, I’m aware of the irony of dissing social networking while posting through a social network… move on). We subject ourselves to a constant stream of incomplete thoughts as we skim through the posts left behind by our “friends”, only paying attention to what amounts to a series of sound bites.

Philosophy, humor, social commentary, and political grand standing, all condensed into a jpg file. Sometimes there’s a caption to go with it. Sometimes not. Either way, these microscopic snapshots of human thought work their way into our collective psyche. They take root, and before you know it everyone wants to know why kat can’t has cheezeburger…

What if someone figured out how to do more with that same little picture? What if the thought behind the pic was able to worm its way into the subconscious, literally changing thought into feeling, and re-writing our biological software? Well, take a peek into this book… but be careful. Stare too hard into the eyes of the Sloth, and before you know it you’re bleeding from the eyes and trying to rip the throat out of whoever’s closest.

The Sloth is everywhere, multiplying exponentially as his victims become obsessed with spreading his endorphic message. Our only hope? Find the person responsible and hope that the damage can be undone. The only people not affected by him are nearly blind former military officer, and a color blind teenager who isn’t sure if he’s ready to stand on his own.