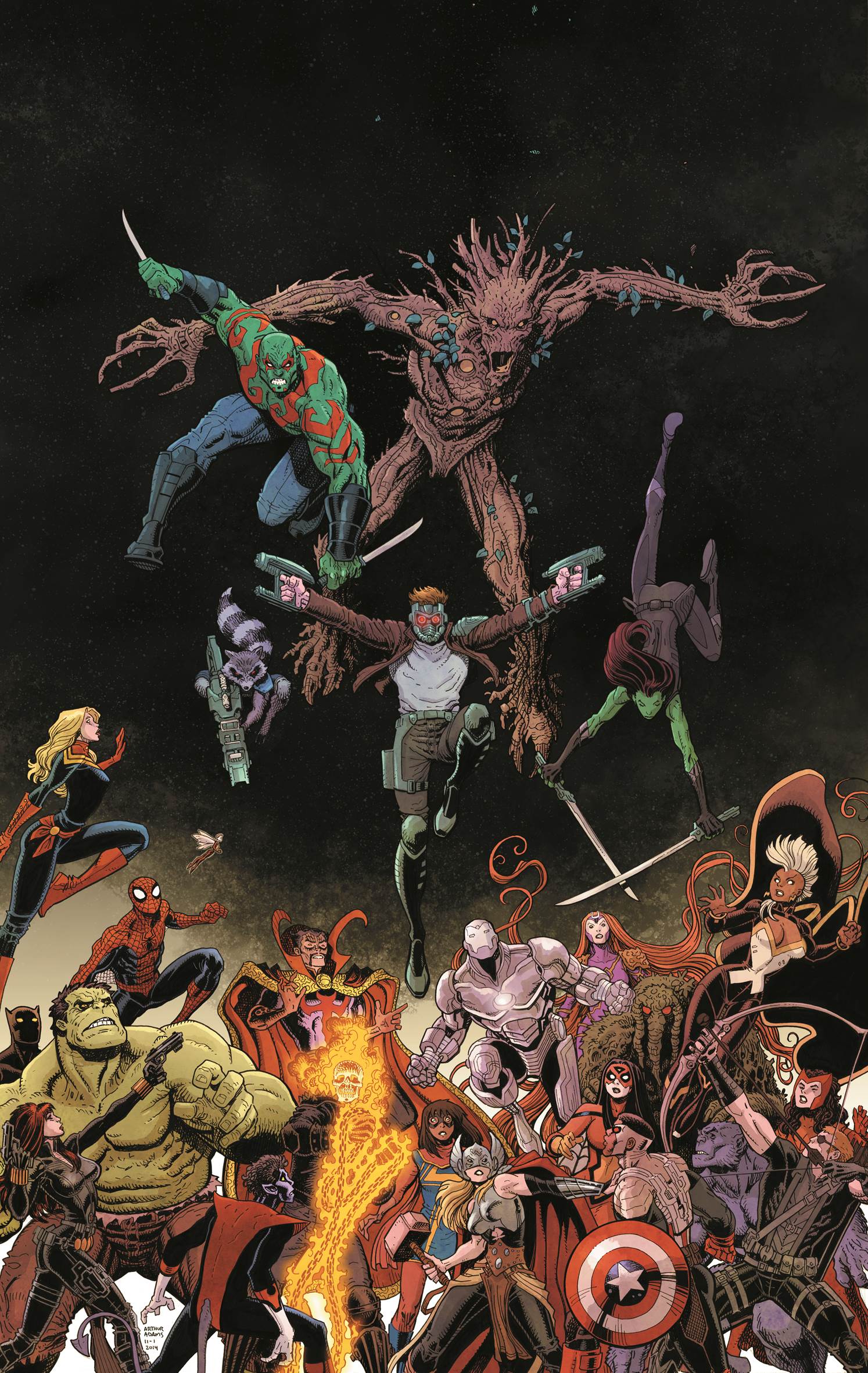 This February, two legendary creators unite for the out-of-this-world GUARDIANS TEAM-UP #1! Launching directly out of the blockbuster Guardians of the Galaxy series comes a brand new ongoing series bringing the breakout characters of the year to the Marvel Universe’s grandest stage for bombastic adventures with Marvel’s heaviest hitters!

Kicking off with a cosmic threat so massive, it’ll take more than just the Guardians of the Galaxy to stop it! Assembled shoulder-to-shoulder with Earth’s Mightiest Heroes, the Avengers, prepare for these two titanic teams to unite like you’ve never seen before. What do you get when you combine the likes of Rocket Raccoon, Gamora, Black Widow and Hawkeye? Total destruction! Yet as tensions run high, can these two teams put aside their difference and work together for the greater good?

“Marvel readers better get ready for something truly fantastic and incredibly FUN as we team up the Guardians with the rest of the Marvel Universe, creating not only new friendships, but potentially new enemies, and even new romances!” says Guardians Team-Up Editor Katie Kubert. “By taking the most fun toys in the sandbox and pairing them together, be prepared to see something completely different, told by some of the best and brightest writers and artists in the business. And, like the nature of the team-ups themselves, both old and new creative faces to Marvel.”

Get ready for some of the most epic team-ups you’ve ever seen as each Guardians Team-Up story new team-ups from a rotating crew of Marvel’s top-flight talent and a surprising array of Marvel Universe cameos that will have fans clamoring! What happens when Rocket Raccoon meets Deadpool? What about a mean & green throwdown as Gamora and She-Hulk take care of business? How about a team-up with the Children of the Atom as part ofthe upcoming Guardians of the Galaxy & X-Men: The Black Vortex cosmic event? GUARDIANS TEAM-UP has all that, and more to come!

Be there when the explosive creative team of Brian Michael Bendis & Art Adams blast off into the stratosphere as the Guardians of the Galaxy come to rest of the Marvel Universe like never before! Strap in for an adrenaline-fueled thrill ride when GUARDIANS TEAM-UP #1 explodes into comic shops and digital devices this February!