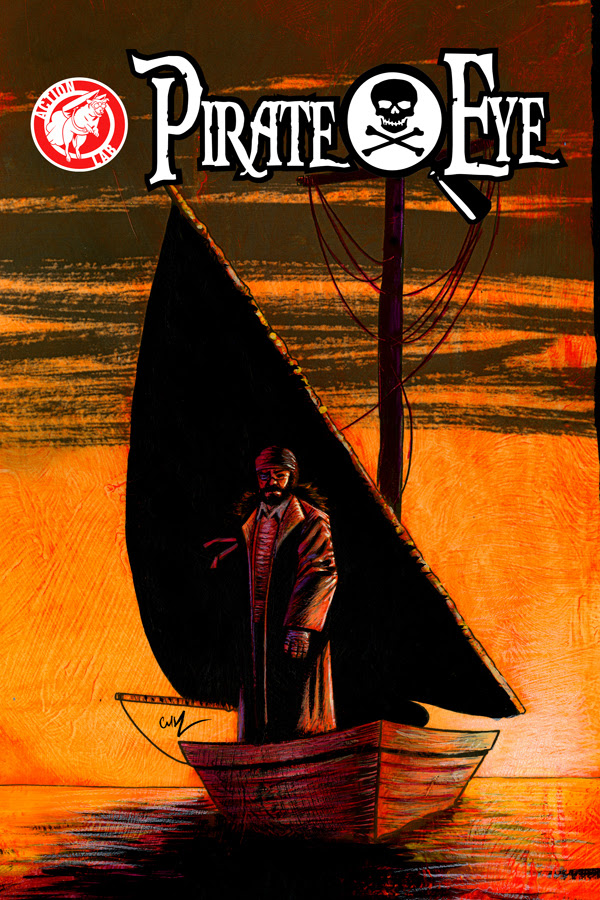 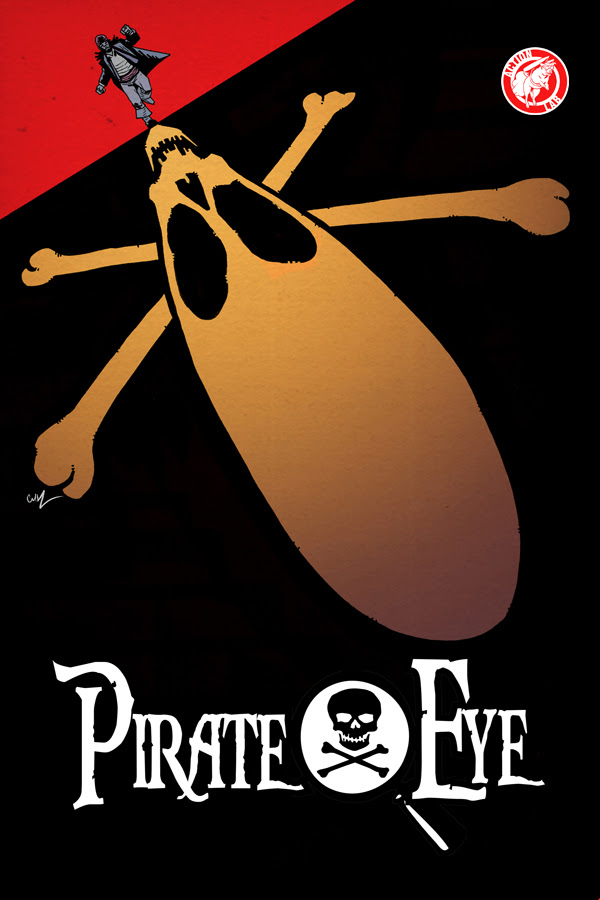 PIRATE EYE RETURNS! NEW MINISERIES BEGINS IN JANUARY.Action Lab Entertainment’s smash hit Pirate Eye kicks off the year with a brand new monthly four issue mini-series. PITTSBURGH, PA- Pirate Eye, the genre mash up that took many by surprise is back!  Pirate Eye: Exiled from Exile, written by Josiah Grahn with art by Carl Yonder, is now a four issue monthly mini-series.  For the first issue of the series, there is a special variant cover painted by series artist Carl Yonder, limited to 1500 copies!Combining elements of pirates and noir, Pirate Eye is the story of Smitty, an ex-pirate turned detective.  Banished from the sea, he is forced to take up residence in a port, relying on his brigand-honed skills as a ‘finder’ to make a living-until an old enemy exposes a secret that forces Smitty to flee for his life.  With a price on his head on land and at sea, Smitty will have to survive long enough to find out what went wrong, how to make it right, and who is responsible.    Pirate Eye returns to stores as a four issue monthly tale starting in January, building upon everything from the first four one-shot Pirate Eye stories. Pirate Eye continues the tradition of using “the best of both genres without ever resorting to the clichés of either (PositivelyNerdy.com).”Whether you are a new Pirate Eye fan or have been following the book all along, this is the perfect jumping on point for pirate, detective or comic fans.