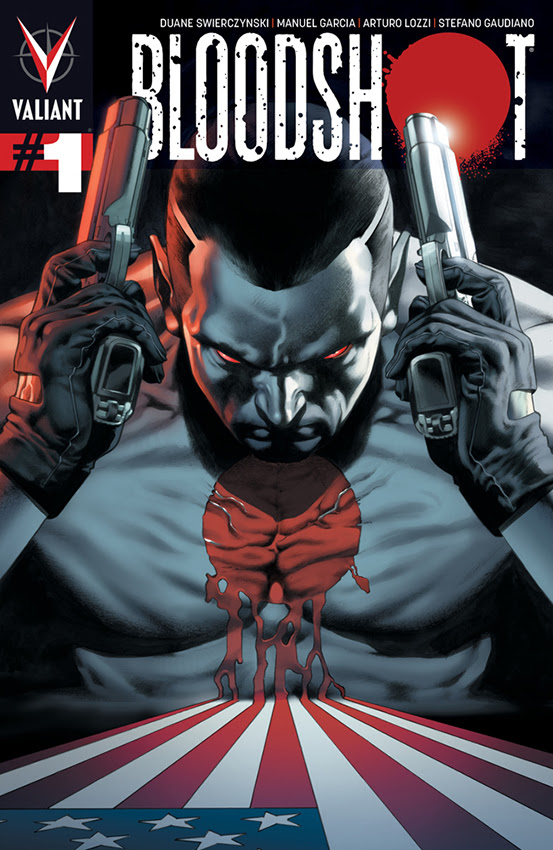 Every mission is a suicide mission… Brought back from the dead and infused with cutting-edge nanotechnology, Bloodshot is the shade of gray that freedom requires. The perfect confluence of military necessity and cutting-edge technology. A walking WikiLeaks. A reservoir of dirty secrets that could set the world on fire. And he’s just been captured. Start at the beginning and see the adventures of Valiant’s most dangerous man-at-arms in a whole dimension as Visionbooks transforms BLOODSHOT’s action-packed first adventure!