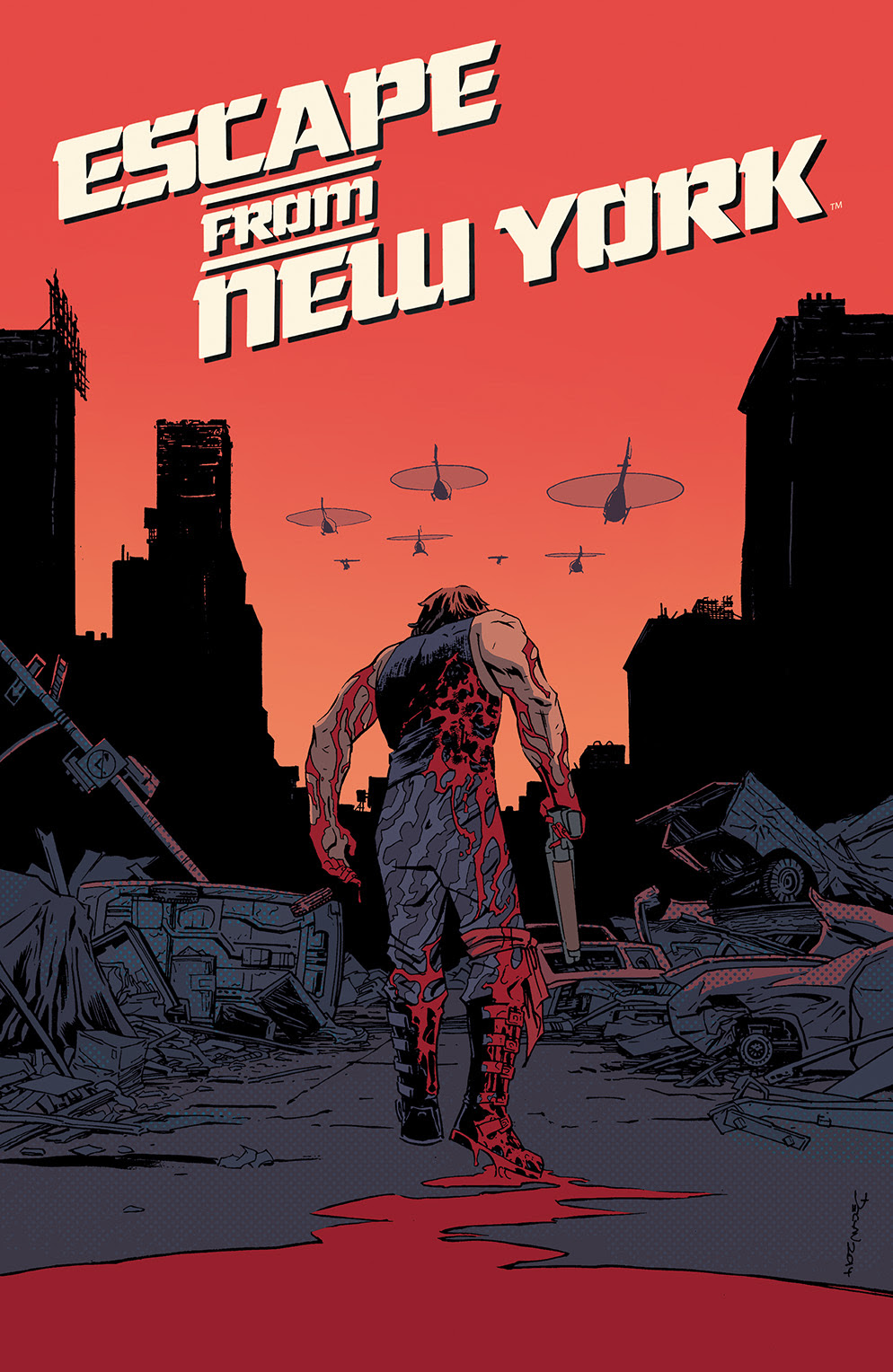 November 4,  2014 (Los Angeles, Calif.) – Following the acclaim and success of the Big Trouble in Little China comic, award-winning publisher BOOM! Studios is pleased to announce the December debut of a second John Carpenter film adapted to comics, Escape from New York. This new ongoing series picks up directly after the end of the cult classic film, with writer Christopher Sebela (Dead Letters, High Crimes) and artist Diego Barreto (Irredeemable)taking Snake Plissken on a tour of a country on the brink of World War III.

“After bringing back Jack Burton, we knew we had to revive Snake Plissken,” said BOOM! Studios Editor-in-Chief Matt Gagnon. “The new stories we have in mind for Snake are going to really excite longtime fans, and those who have never seen the film will be able to jump right in with America’s Most Wanted man. It’s a great time to be a John Carpenter fan!”

In the Escape from New York comic, the crime rate in the United States has risen 400 percent. After humiliating the President in front of the world and destroying America’s one chance to end World War III, Snake Plissken has become America’s Most Wanted man in a land of criminals and the insane. Everyone wants Snake dead. Luckily, Snake knows the feeling all too well. War hero. Outlaw. Renegade. Snake’s back!

Escape from New York#1 arrives in comic shops on December 3rd with a cover price of $3.99 under Diamond order code OCT141122. The main covers are illustrated by Declan Shalvey (Moon Knight) (with Jordie Bellaire coloring) and Tim Bradstreet (The Punisher), and retailer incentive covers by Riley Rossmo (Roche Limit), Jay Shaw (Evil Empire), and Alice X. Zhang (Doctor Who: The Tenth Doctor)will be available in limited quantities. The Final Order Cutoff deadline for retailers is November 10th. Not sure where to find your nearest comic retailer? Use comicshoplocator.com or findacomicshop.com to find one! It’s also available for order directly from boom-studios.com. 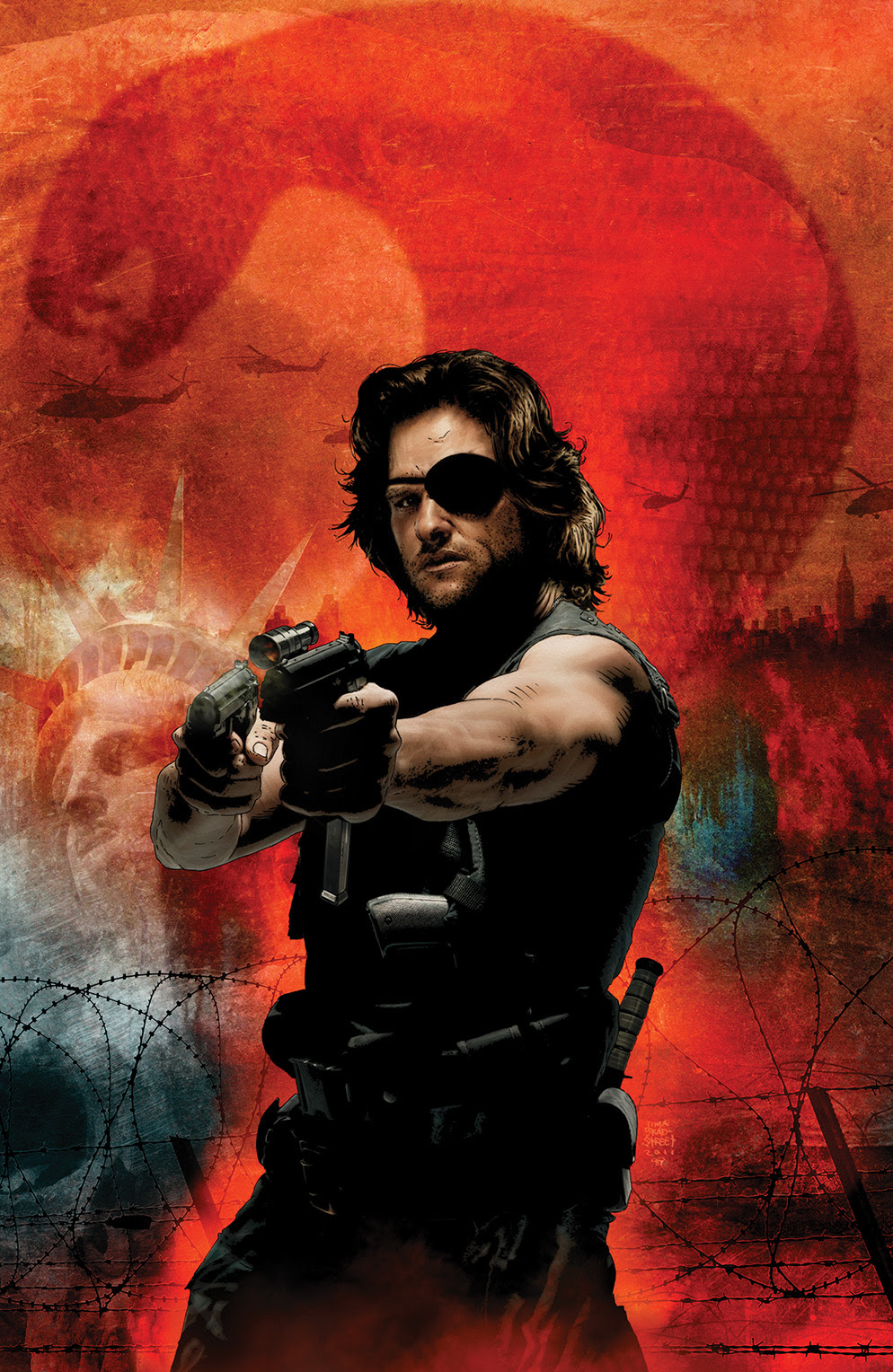 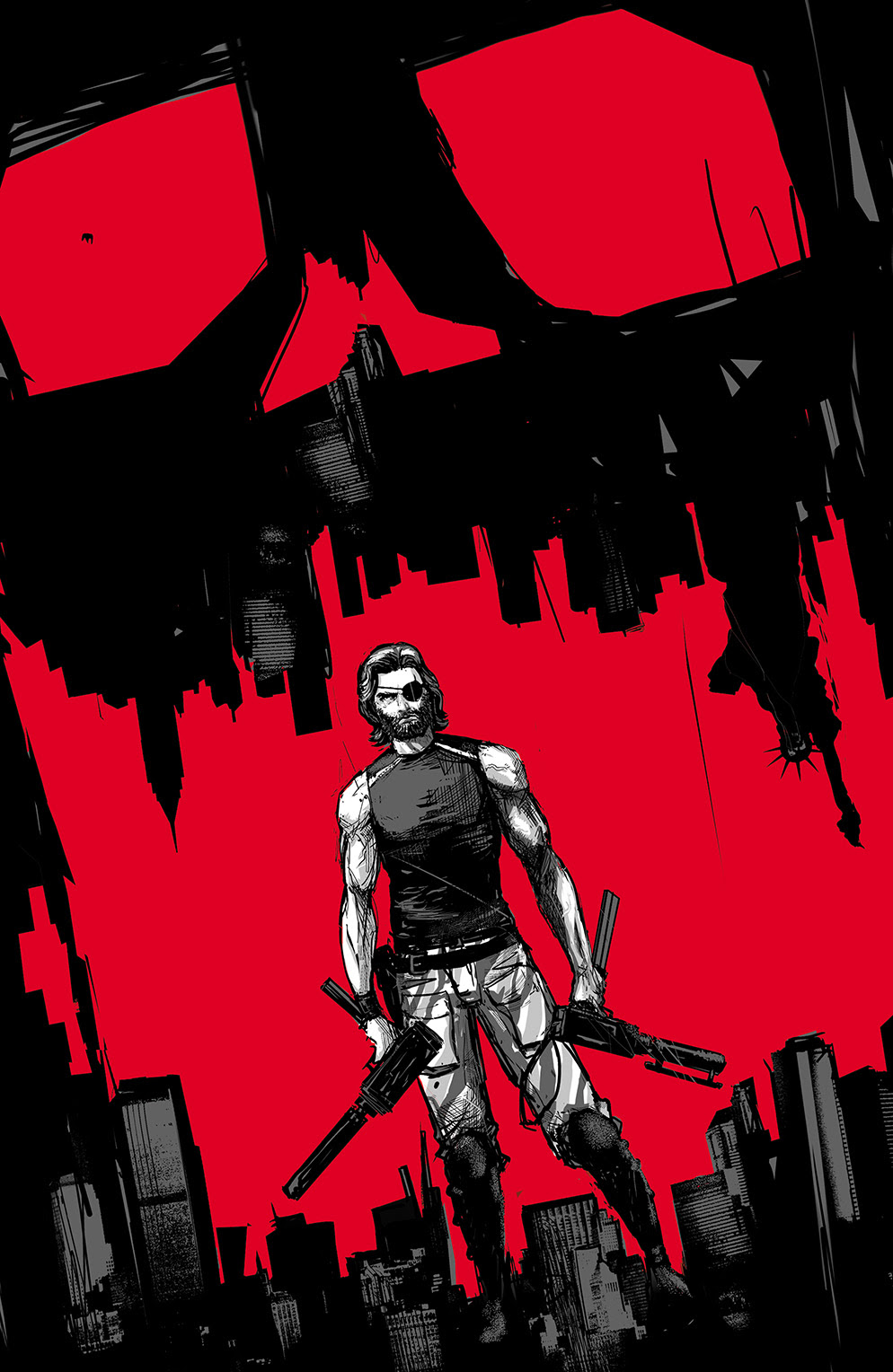 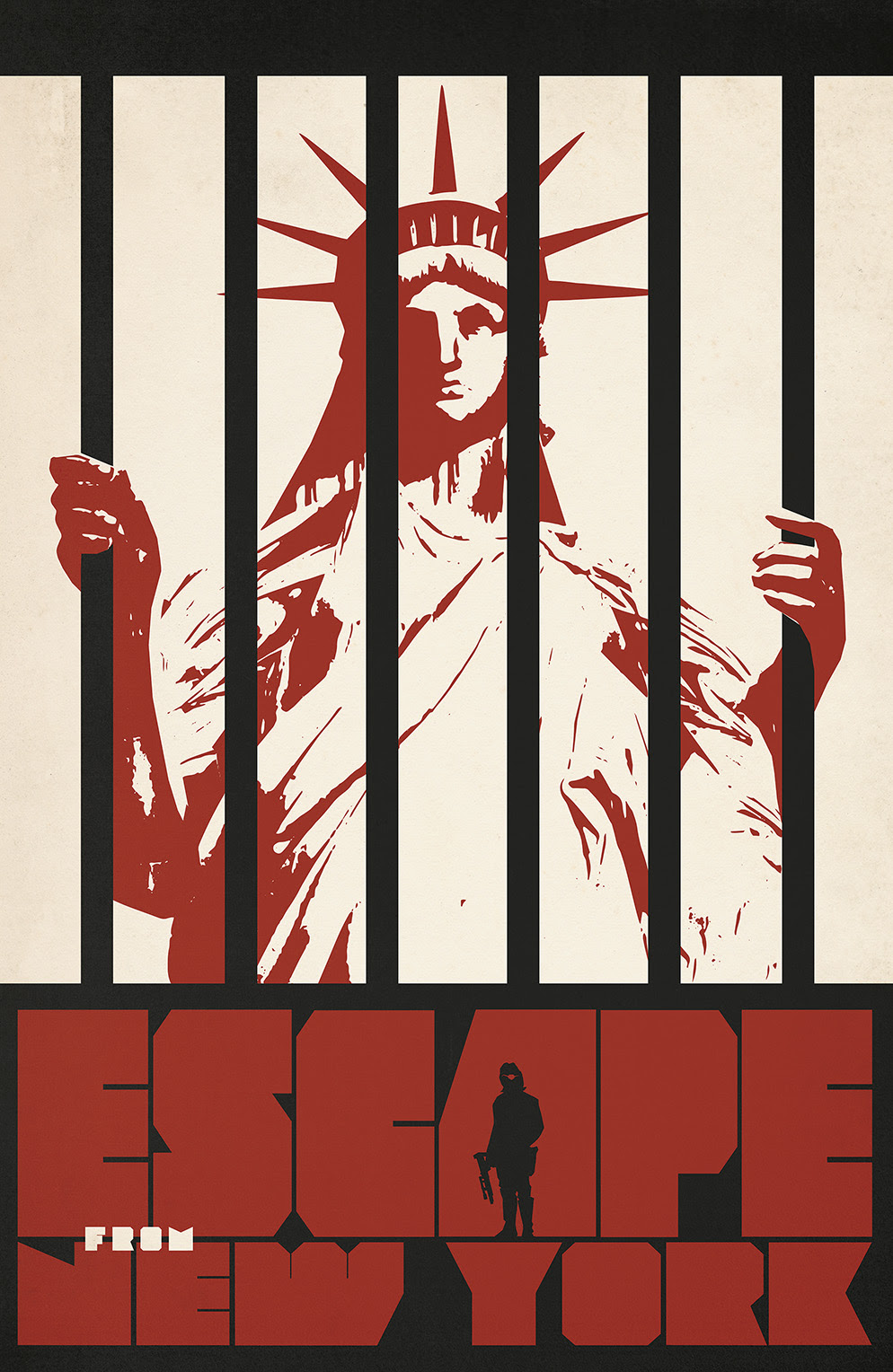 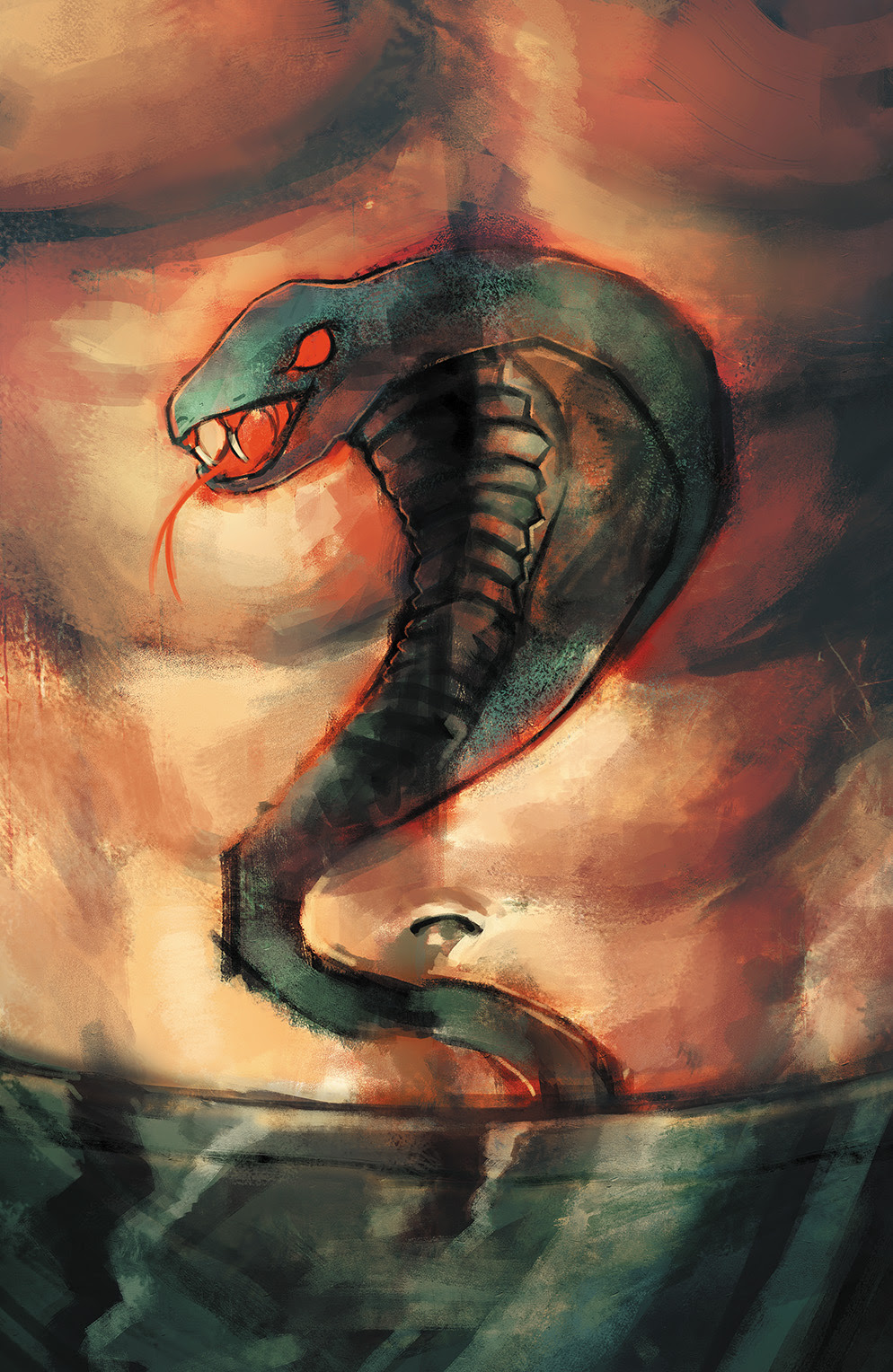