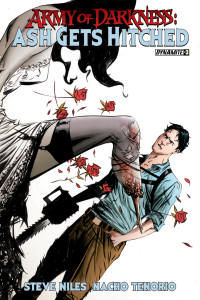 Ash Gets Hitched #3 (Dynamite – Niles / Tenoria) The dark forces are closing in on Ash & Sheila. Ash must venture to the one place he doesn’t want to go to make it to his wedding alive

All right, screwheads, grab your boomsticks and study up on your “alloys, compositions, and things with….. molecular structures.”

Sorry, had to get that out of my system…

All blatant plagiarism aside, this review is going to assume that you’ve got some familiarity with the characters and situations that started in the original Evil Dead movies, “Army of Darkness” in particular.  If you have no idea what I’ve been yammering about, this might not be the book for you.

What started out as a low budget, but still pretty horrific movie series ended up as an all-out camp-filled cult classic that gets quoted by fans just as much as The Princess Bride.  Seriously… Just go back to the first line of the review and that’s just the beginning.  My friends and I can go on all day quoting our buddy, Ash.

In Dynamite’s mini-series, “Ash Gets Hitched”, our ne’er-do-well almost hero releases the horror of The Faceless Man.  This is an entity so ancient, so evil, so menacing, that even the deadites are afraid to draw his attention.  Ash and company, new bride Sheila, and crusty old wizard “Spinach Chin” (I don’t think Ash ever cared enough to learn the poor old fella’s name…), are on a quest to put the Faceless Man down.

Along the way, the reader is treated to dialogue that could’ve been written by Mr. Raimi himself, and voiced by the Great One, Bruce Campbell (at least in my head).  We’re reminded that our “hero” is not a great role model, but we keep right on rootin’ for him because he’s pretty much the Everyman thrown into extraordinary circumstances… more or less the Al Bundy of pulpy fantasy/horror. 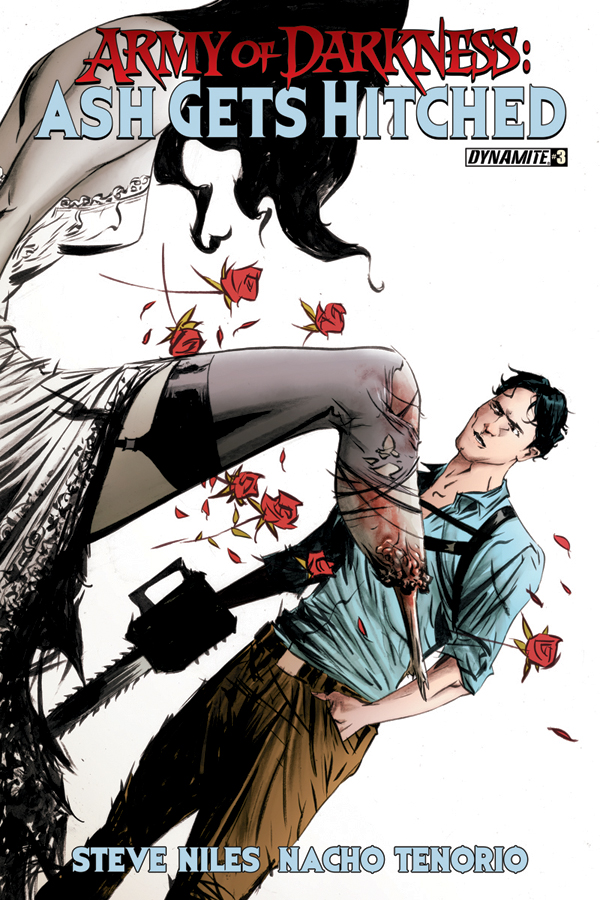 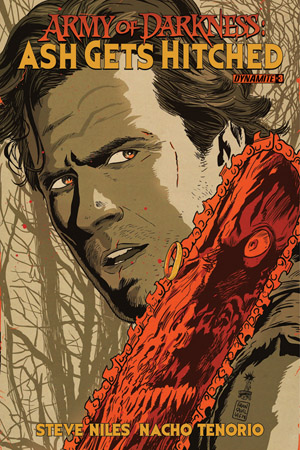