It’s the story that has been seen the world over, and today Marvel is proud to present your very first look inside THOR #1, the new series from New York Times-bestselling writer Jason Aaron (Original Sin, Thor: God of Thunder) and rising star artist Russell Dauterman (Cyclops)! Prepare for an all-new era of the God of Thunder as a brand new female hero explodes into the Marvel Universe!

The great hammer Mjölnir lies on the surface of the moon, unable to be lifted by anyone in all the heavens – even the Mighty Thor! Something dark has befallen the Thunder God, leaving him unworthy and unable to lift his magic hammer. With an army of Frost Giants invading Earth, the Odinson may not have the strength to stop them – and the hammer will be lifted by an all-new Thor! A mysterious woman unlike any Thor we’ve ever seen before!

Launching as part of the Avengers NOW! initiative, Thor is the first of an exciting wave of titles that push the Marvel Universe forward in exciting new directions! Prepare for a Marvel Universe like you’ve never seen it before as the biggest creators in the industry bring you bold new stories featuring the most popular characters!

Who is this mysterious new God of Thunder? Not even Odin knows! No fan can afford to miss the comic that has everyone talking. Prepare for a senses-shattering new beginning as the all-new Thor thunders her way through the Marvel Universe this October in THOR #1! 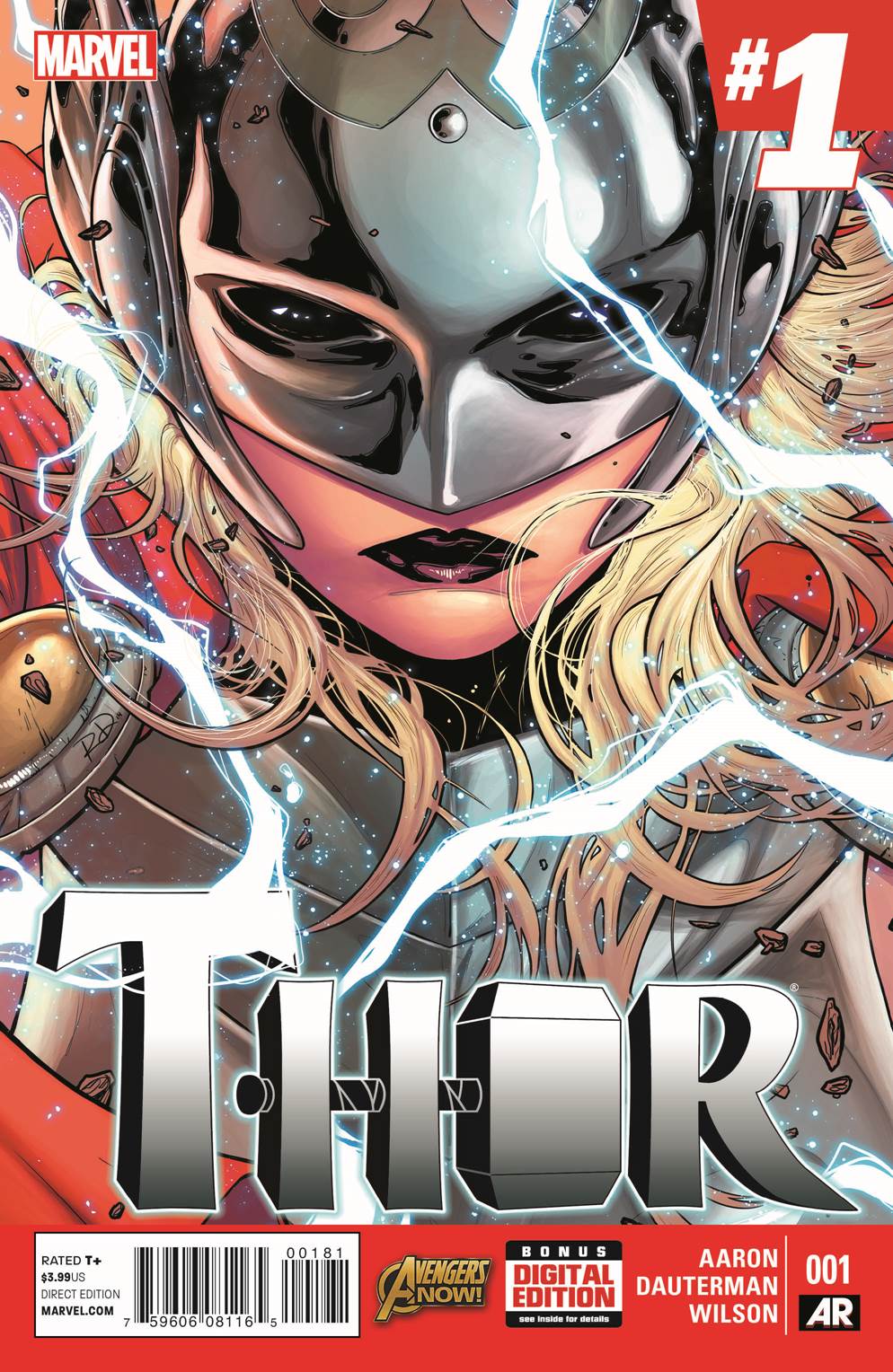 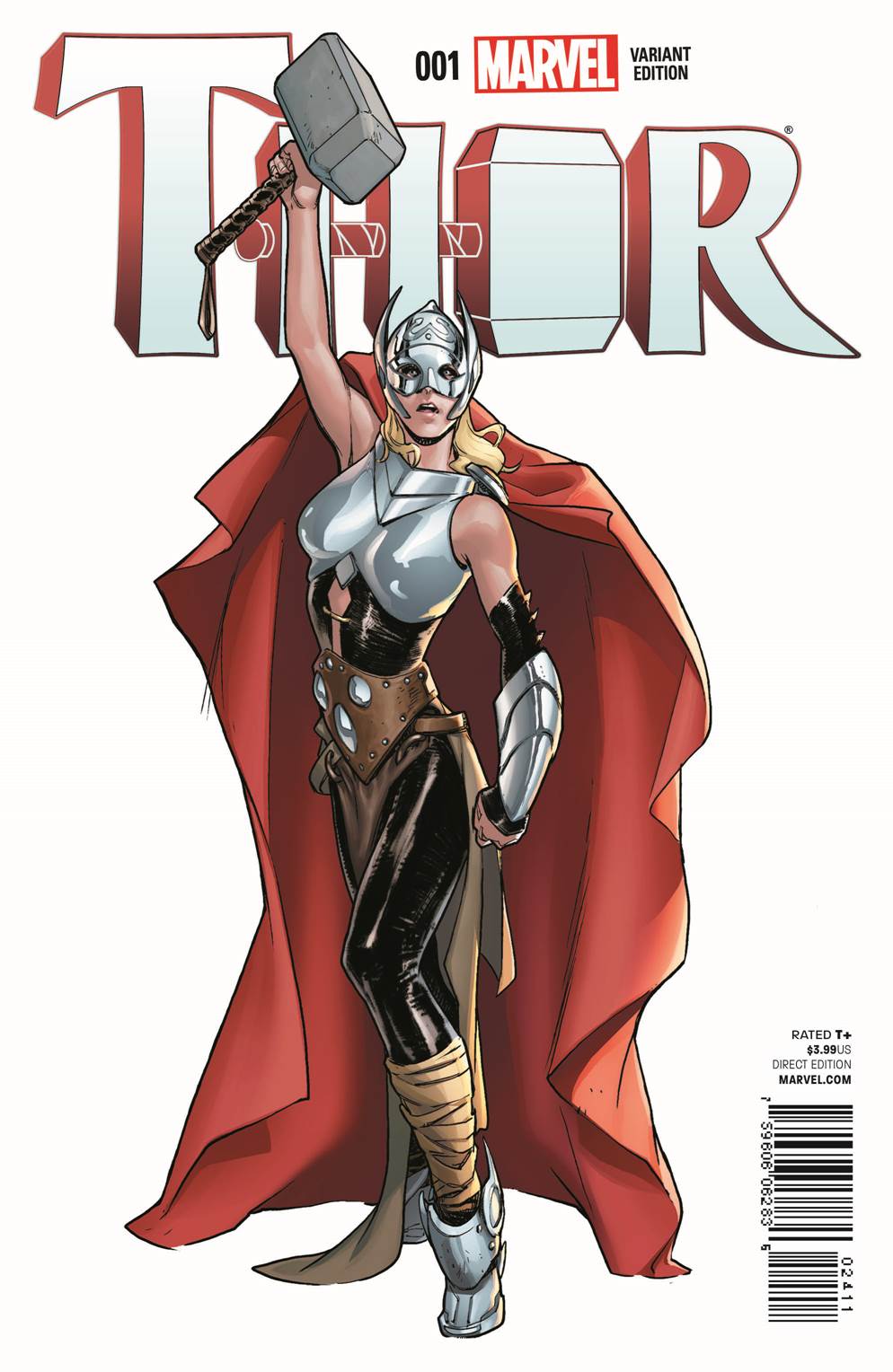 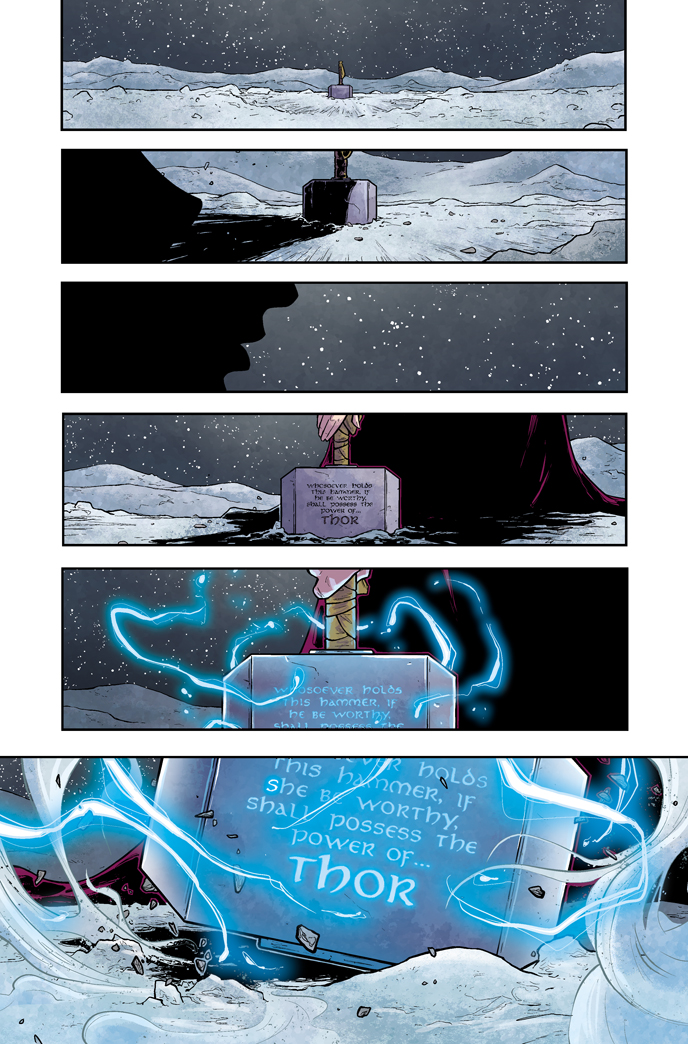 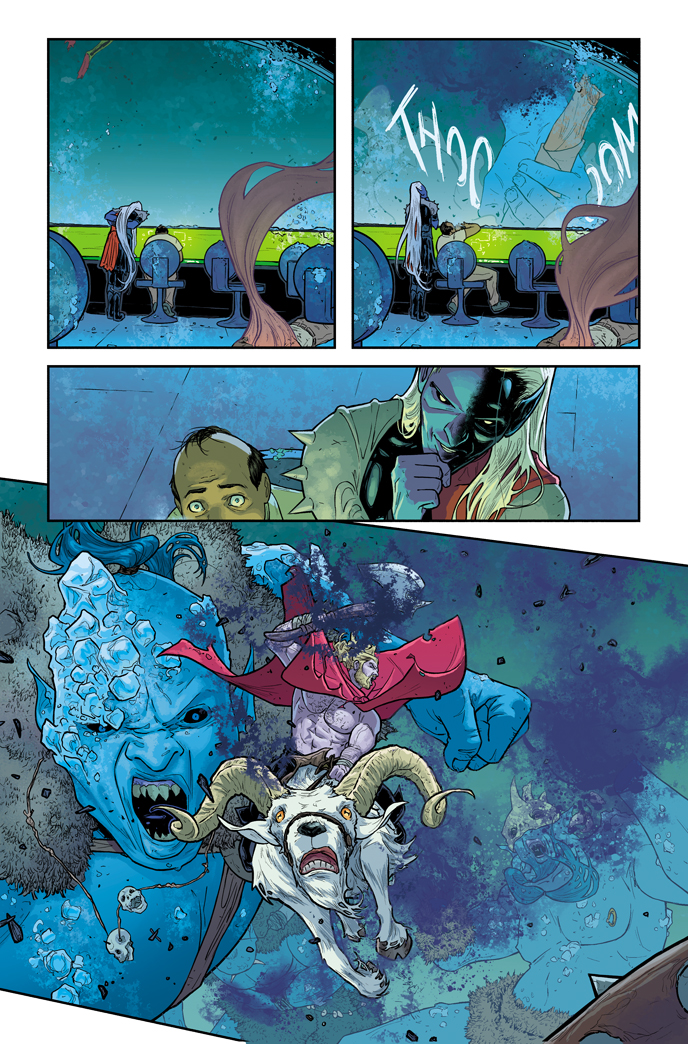 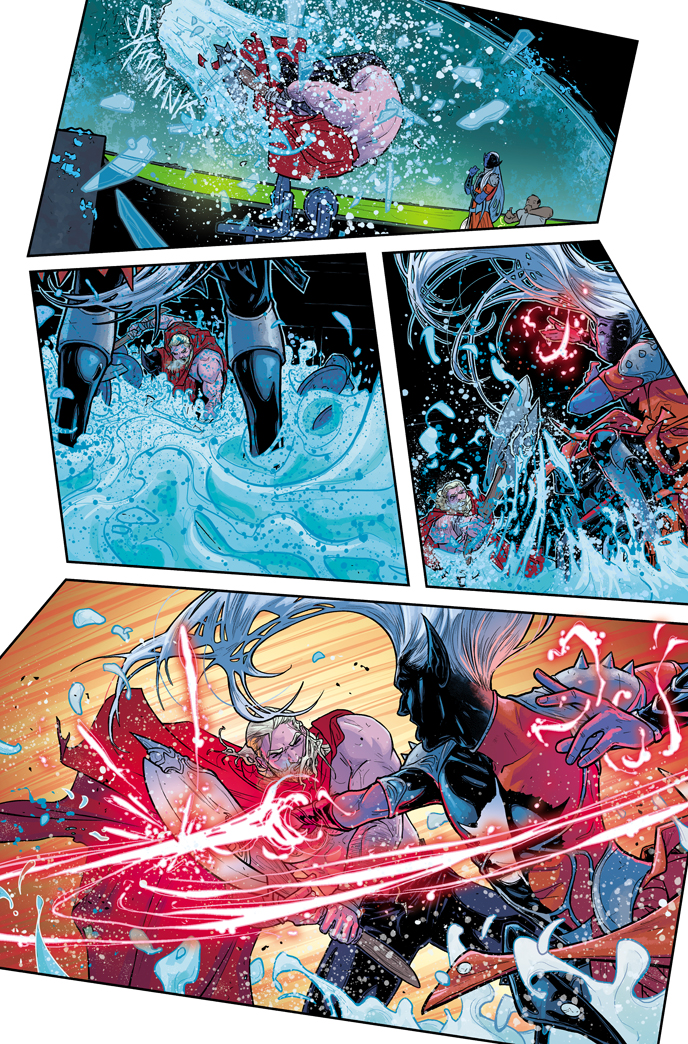 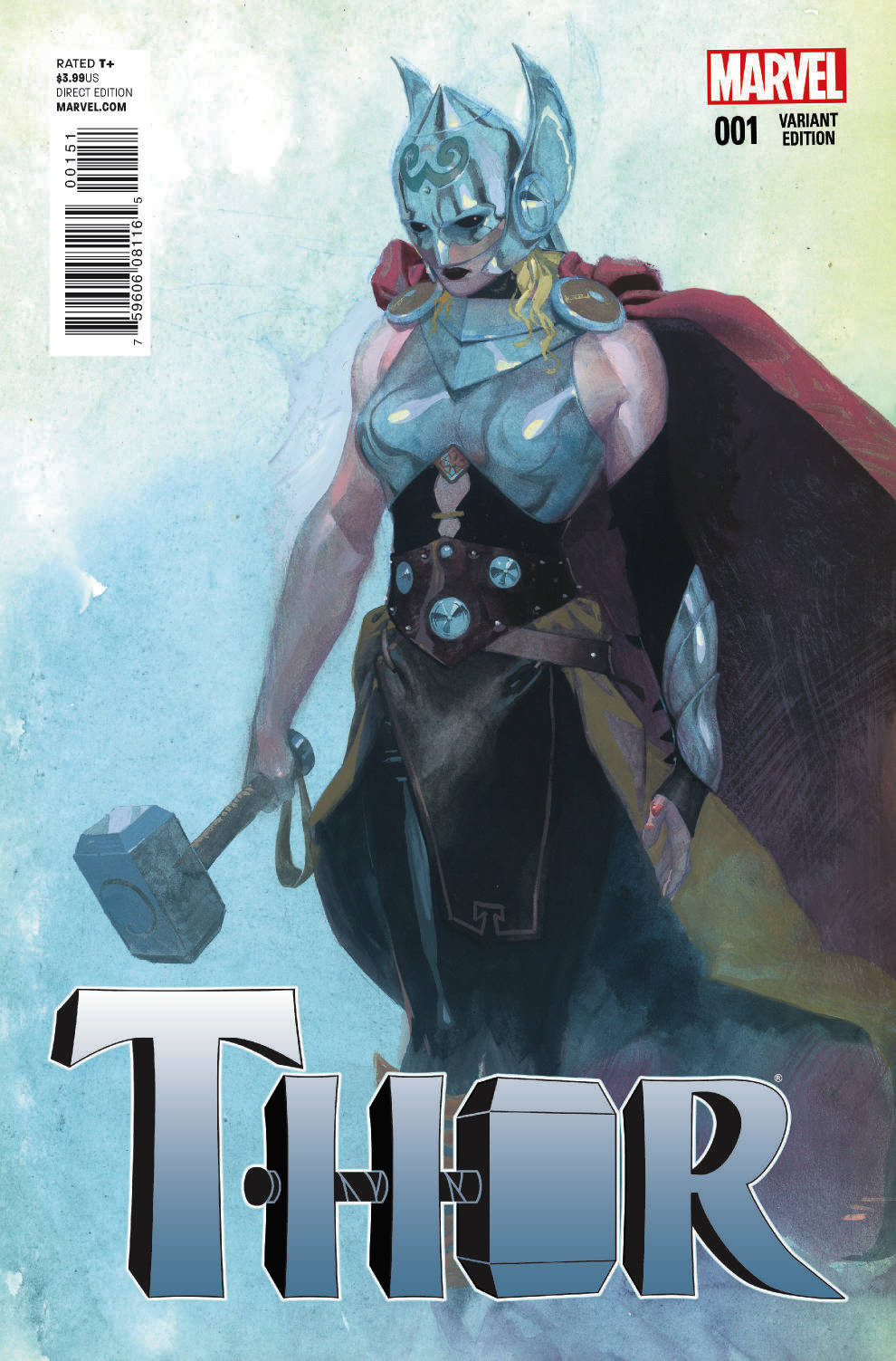 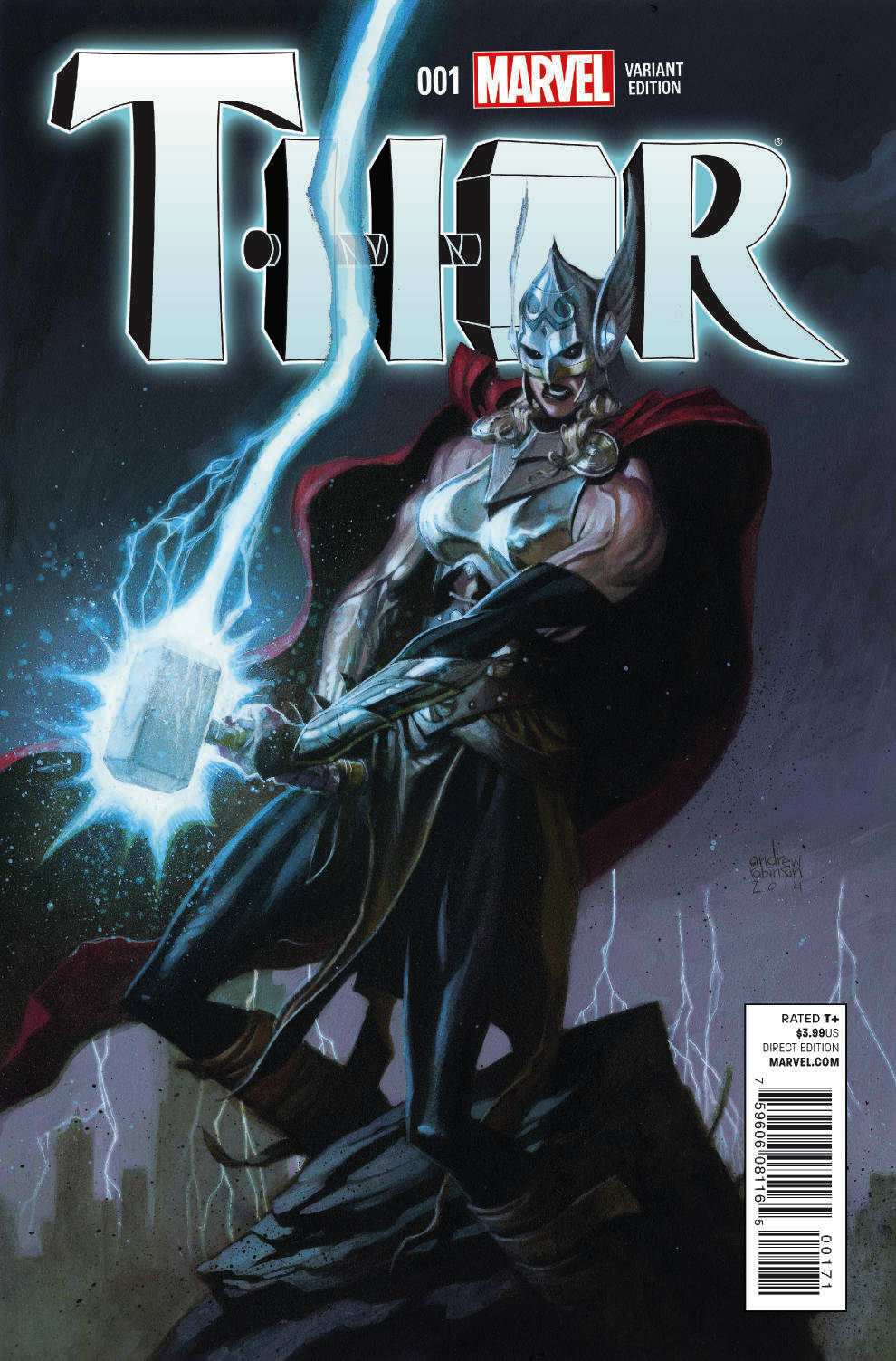 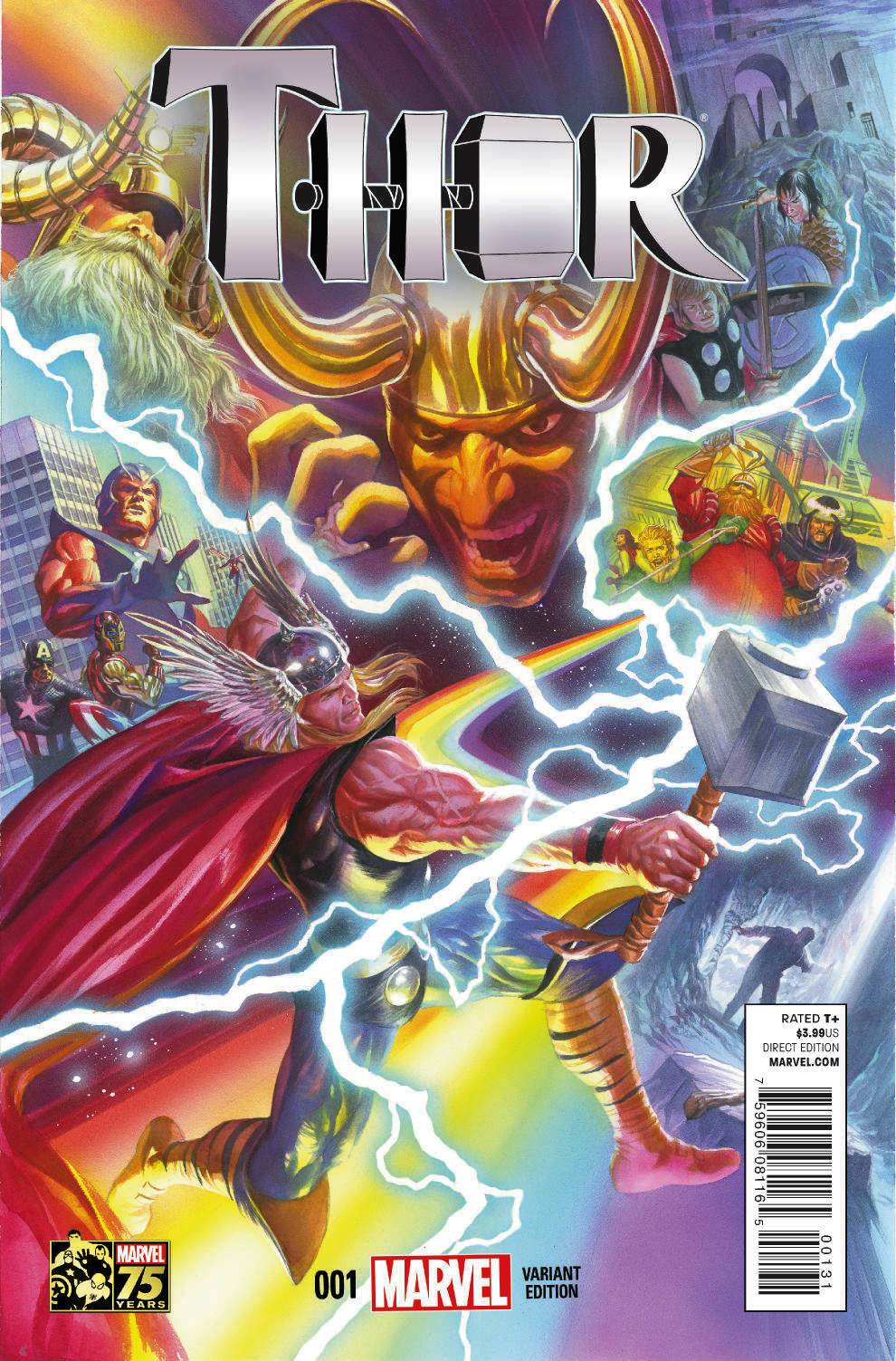 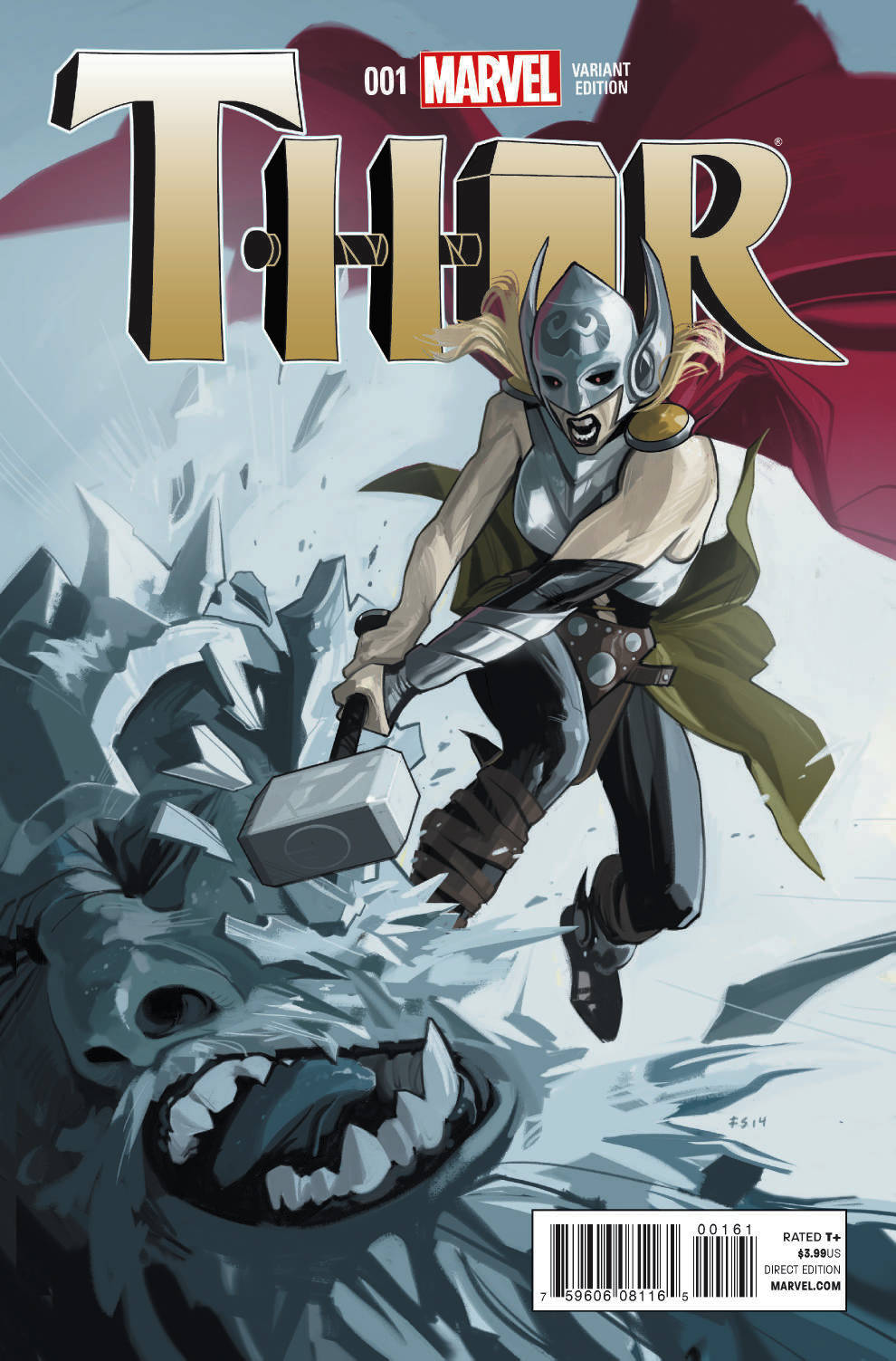 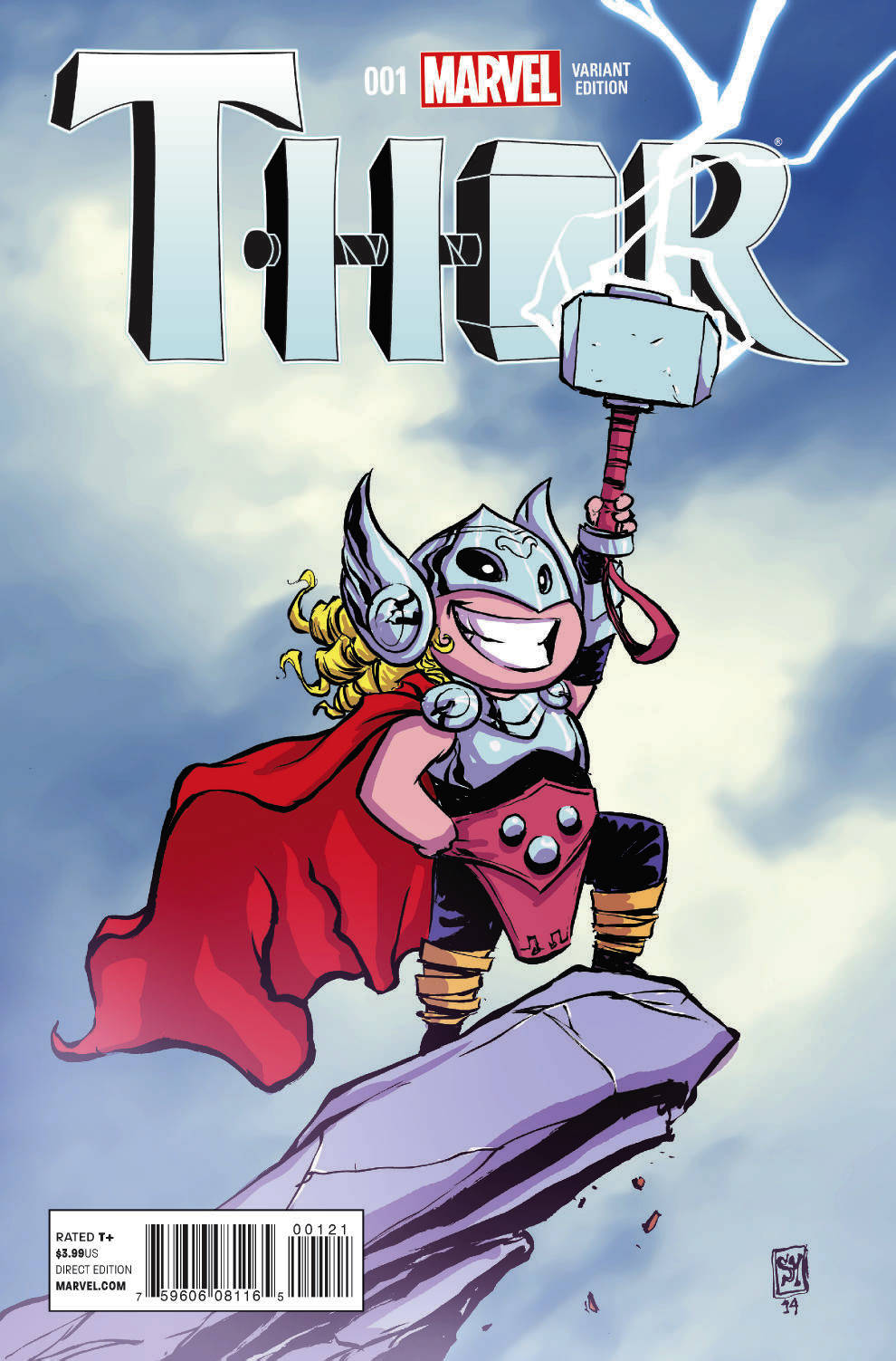