BOOM! Studios today unveiled a first look at PLANET OF THE APES: THE SIMIAN AGE #1, an all-new special on sale in December. Celebrating the franchise’s historic 50th Anniversary in partnership with 20th Century Fox Consumer Products, this over-sized comic is packed with new stories highlighting the beginnings of the dominant simian civilization in Planet of the Apes! 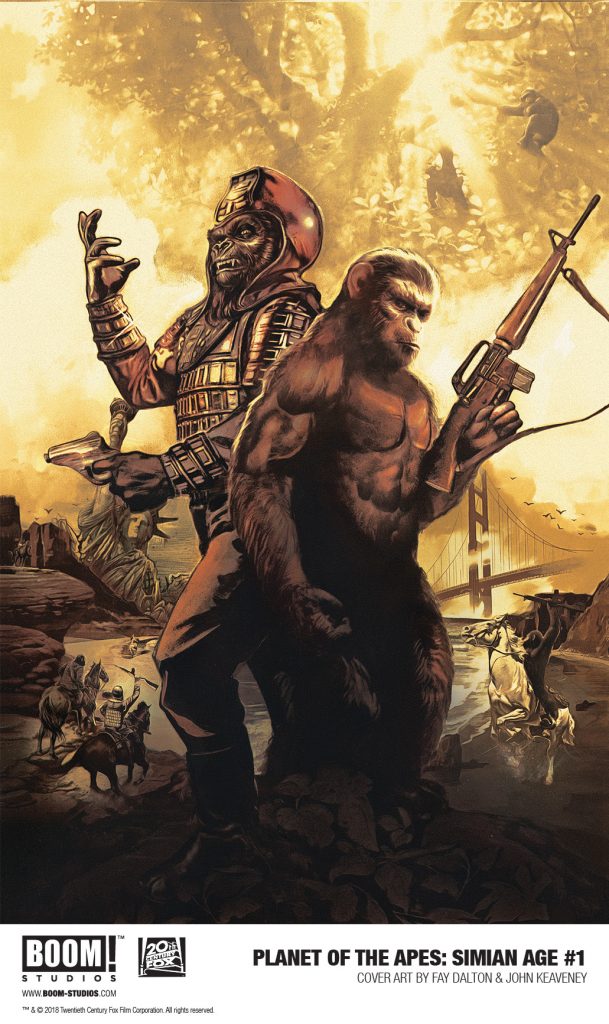 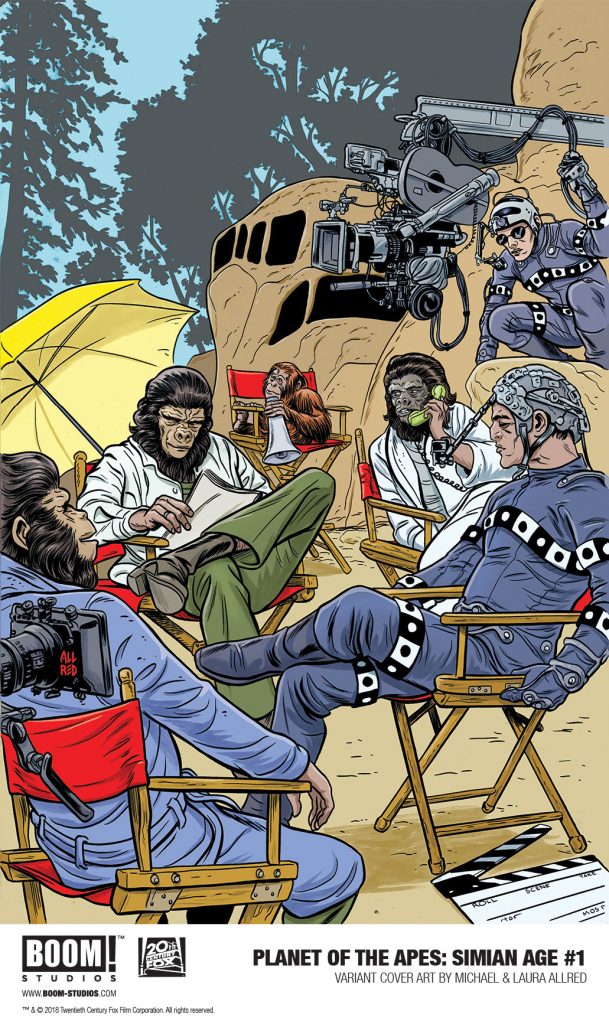 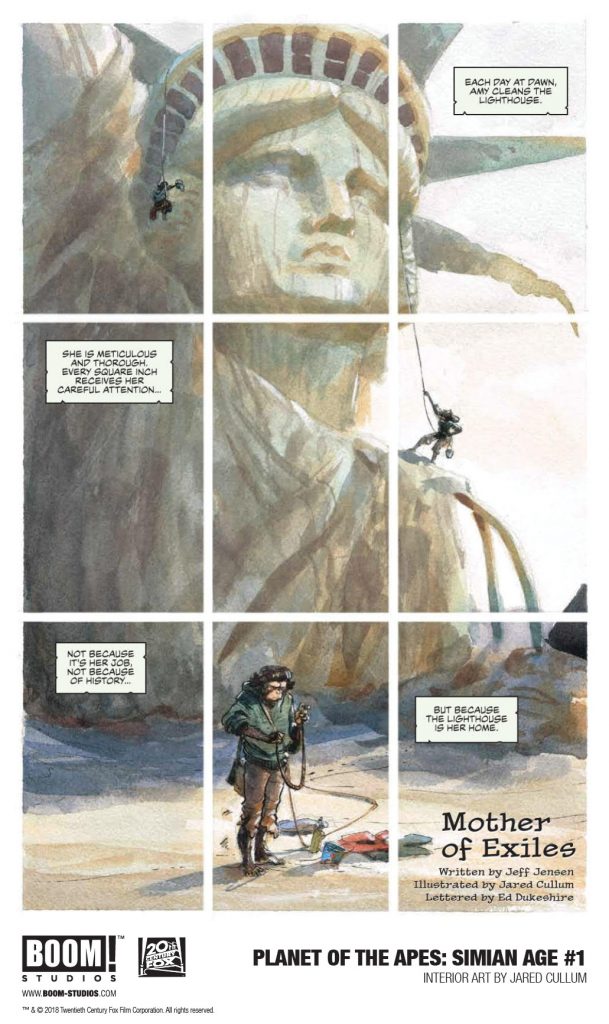 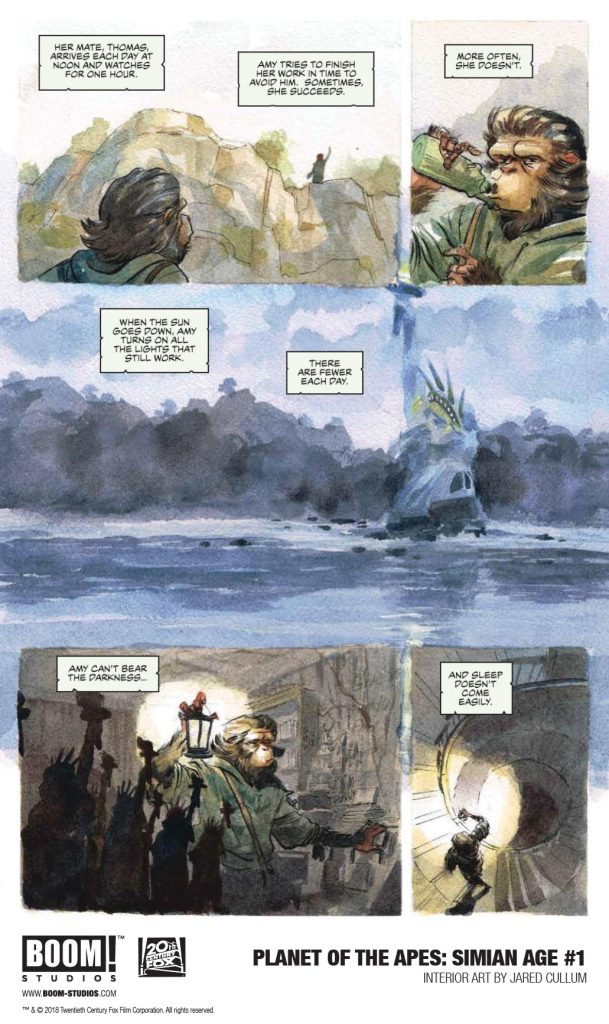 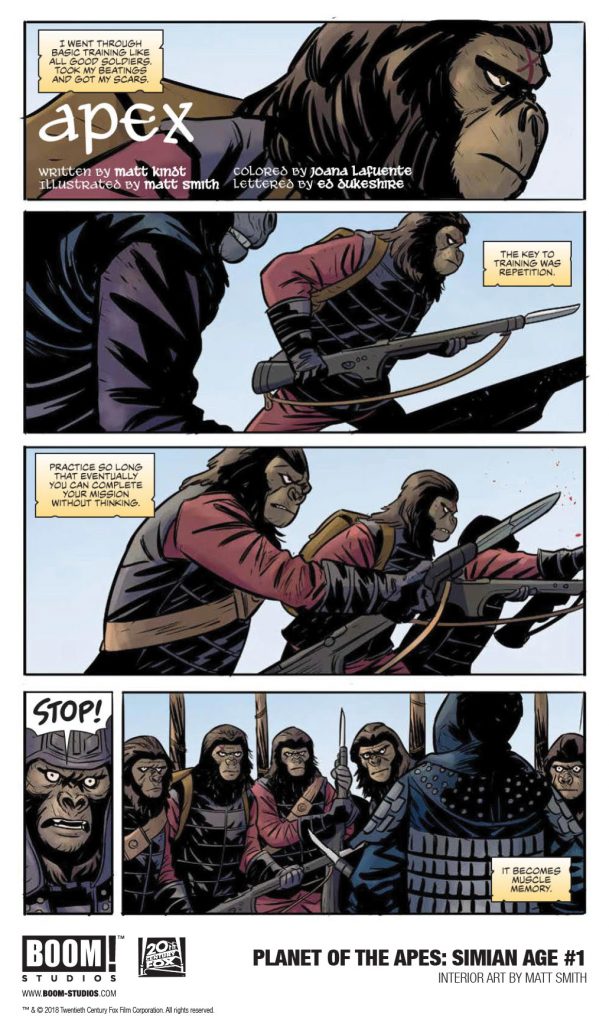 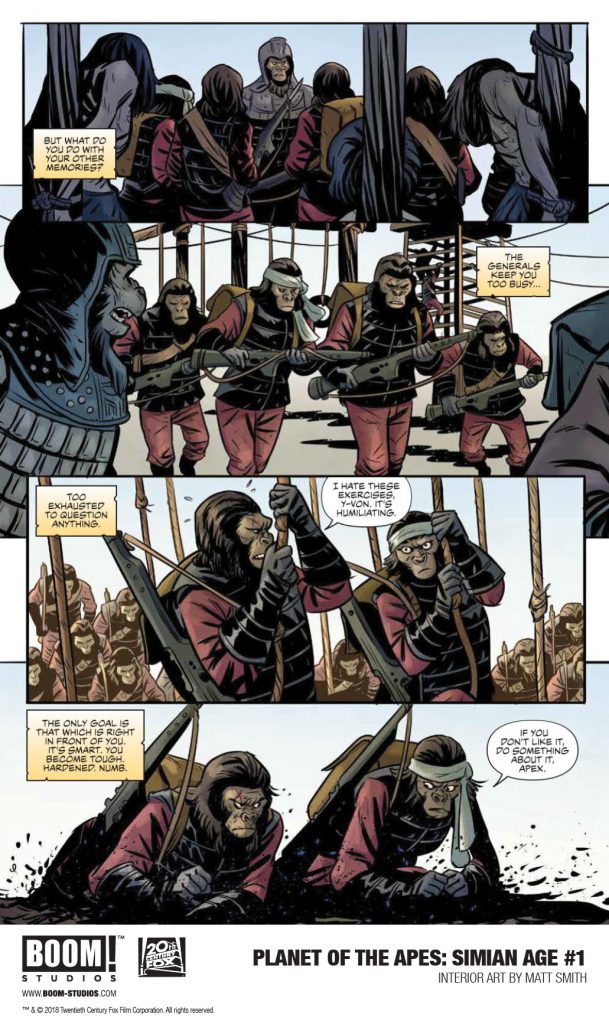 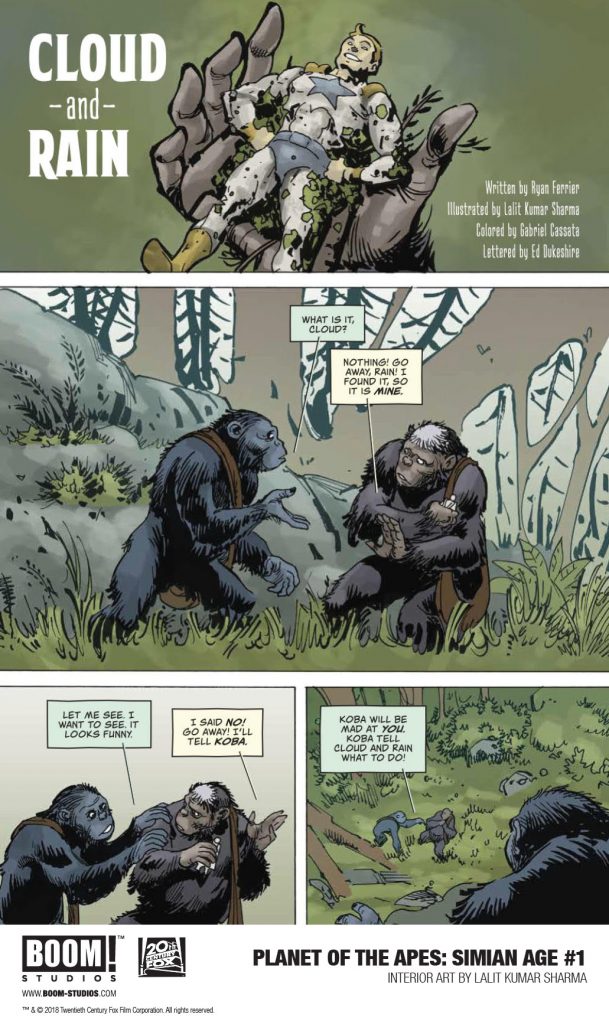 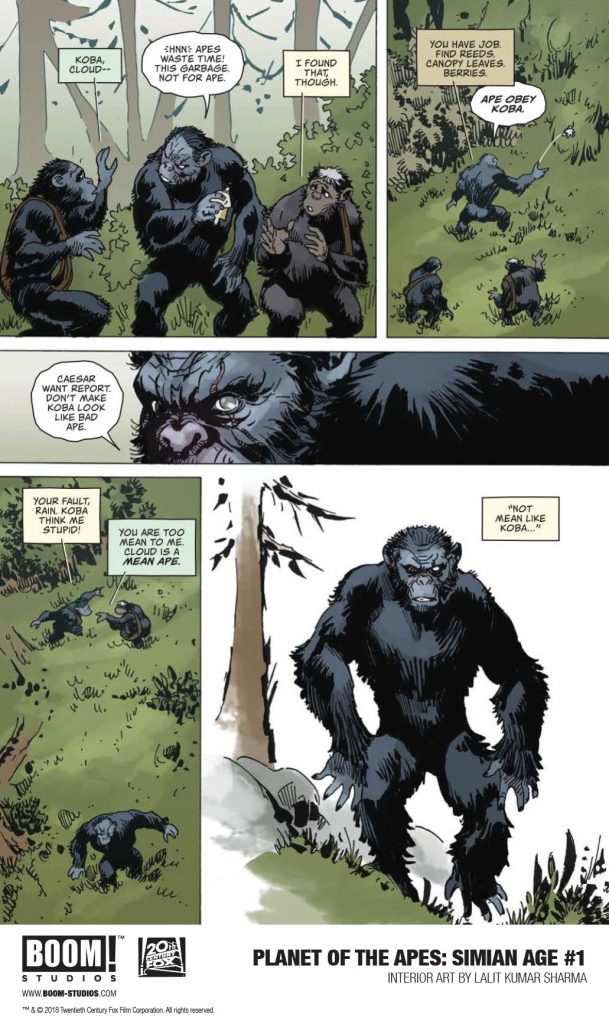 “Taking place in both the original series and new, the stories in PLANET OF THE APES: THE SIMIAN AGE #1 span from the birth of simian morality to ape’s peak as the dominant species of Earth,” said Cameron Chittock, editor, BOOM! Studios. “For fifty years, thePlanet of the Apes franchise has held a mirror up to humanity, and THE SIMIAN AGEshows us what happens when a burgeoning civilization is given the choice to kill or to show mercy, and the fallout of that decision.”

Print copies of PLANET OF THE APES: THE SIMIAN AGE #1 will be available for sale on December 12th at local comic book shops (use comicshoplocator.com to find the nearest one) or at the BOOM! Studios webstore. Digital copies can be purchased from content providers, including comiXology, iBooks, Google Play, and the BOOM! Studios app.