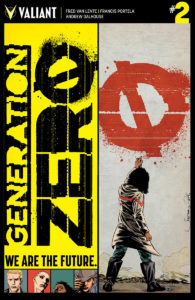 If you have a problem… If your parents won’t help… And if your cause is worthy… Log onto network #ZERO…because Generation Zero is listening. Years ago, the children of the experimental strike team known as Generation Zero were taken from their families by Project Rising Spirit, a private weapons contractor, and raised to be psychic soldiers. After years of taking orders, they have fought for and won their freedom. Now, the world’s most wanted teenagers have pledged to protect each other tooth and claw, while using their extraordinary abilities to right wrongs for a generation without a future… To fight for kids, just like them.

Rook, Michigan was a town on the decline, but that downward spiral was stopped by the intervention of certain unnamed corporate and government interests. Now, the people of Rook are not only enjoying a complete recovery from their town’s former deterioration, but also benefitting from a sudden technological boom. Every aspect of their lives has been greatly enhanced by marvels right out of a Utopian science fiction novel. Lucky them, right?

High school student Keisha Thomas has reached out to Generation Zero, believing they’re the only ones who might be able to help her. Her boyfriend was killed in a “mysterious accident” after publicly questioning Rook’s sudden good fortune. What’s more, Keisha’s autistic brother Kwame continuously talks about sinister visions in which “the Cornermen” go about their shadowy business.

While waiting for any word from Generation Zero, Keisha takes advantage of an unexpected invite to a party in the woods on the outskirts of town. When the enigmatic Cornermen make an appearance, the day is saved by the kids of Generation Zero. Finally face to face with her only real chance to understand what happened to her boyfriend, Keisha is struck by the fact that while the teen psiots might look human, they very obviously are not like anyone else. Keisha puts her misgivings aside, believing that if they can help unravel the wrongness that’s taken over her town, a little oddness is a very small thing.

Despite the sinister themes going on in Generation Zero, the overall mood of the book is fairly light. Fred Van Lente has taken advantage of the strangeness of the psiot kids, playing them against the almost stereotypical citizens of Rook. Team leader Cronus has a run in with the town’s sheriff (Keisha’s father), a bull-headed enforcer of the law who has no problem with slamming a minor around in order to make a point (personally, this is a trope that’s getting a little tired). The eerie twins, James and Katherine, get themselves enrolled in the high school (they look to be about ten) in order to profile the entire student body using their enhanced metal acuity. Their cover is aided by the presence of Gameta “the Super Fetus” and her mother Diana Maria Aquilar… the pregnant Ms Aquilar is in a deep coma, and her unborn psiot daughter has total awareness and physical control of her mother’s body from the womb (handy for the kids when they need someone able to pass for an adult).

If all of this sounds bizarre and more than a little left of center, congratulations! You could be a relatively well adjusted person. Just don’t let that stop you from giving this Valiant title a look. While some of the members of Generation Zero might be a little unsettling (please refer back to the relationship between Gameta and her mother), their interactions with the normal people around them are played off with a dry wit (the high school “mean girl” doesn’t stand a chance).

Over the years, Valiant has earned a reputation for some really good story telling. Most of their titles stay well away from the typical superhero fare, keeping solid writing backed up by great art as their benchmarks. Titles like XO Manowar, Archer & Armstrong, Harbinger, & Bloodshot have been their flagships for years. Titles like Generation Zero seem determined to take the established envelope and push it for all its worth.

Seriously, where else are you going to find a character that’s a fetus who uses her comatose mother like a marionette? I’m not making this stuff up… Read the book! 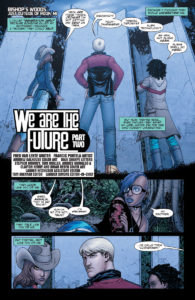 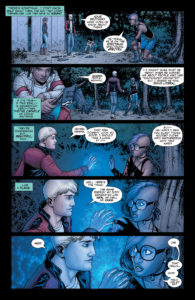 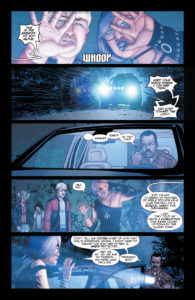 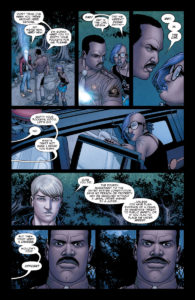 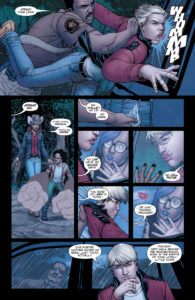 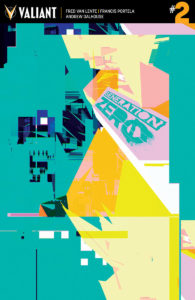 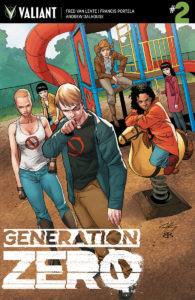 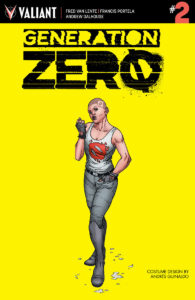