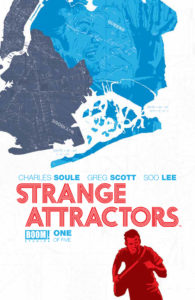 Dr. Brownfield believes that a series of cataclysmic events are coming to New York City, and someone has to keep the city safe afte, r he’s gone. Enter Heller Wilson, a brilliant mathematics student, who discovers that his ailing, perhaps insane, mentor has been saving New York City from societal collapse by a series of “adjustments,” a la the Butterfly Effect. But now, all signs point toward an impending disaster. Can Wilson take what little he’s learned and save the city in time?
———-

It’s a pretty fair bet that when Heller Wilson started down the road of the mathematician, saving the world wasn’t on the list of things he expected to be doing. Even after he began work on his thesis in Complexity Theory, looking for a link to the resiliency of New York City when faced with disasters and tragedies. Heller believes that numbers and statistics can be used to explain how New York and her citizens can regroup after an event like 9/11 faster than a city like New Orleans can bounce back after Hurricane Katrina. Unfortunately, he’s run into a wall. He knows that there is a correlation to be made, but is unable to fully identify it. When working on a thesis, that’s less than helpful. When working on a thesis in any class involving numbers and complex equations, it’s completely worthless. This is where Dr Brownfield comes in. Heller had uncovered some old papers of his, dating back into the 1970’s, detailing how complex systems could be not only modeled and anticipated, but also manipulated.

If the concepts of “strange attractors” and “complex systems” sounds familiar, you may have heard Dr Ian Malcolm (played by Jeff Goldblum) talking about it in the movie Jurassic Park. Or maybe you saw the movie, The Butterfly Effect. Either way, the concept of events and the ripple effects that they would have on current and future events has been used often enough in the entertainment industry that readers might be more comfortable with the pretty outlandish concepts. I mean, seriously… are we really believing that there might be a mathematical equation that could effectively map out the city of New York, and allow for some astoundingly accurate predictions on coming events? That isn’t even touching on the idea that once events could be predicted, they could be mathematically altered and manipulated.

Believe it or not, and regardless of how much attention you paid in your high school math class, we all do this every day. Our minds are constantly taking in information, processing and storing it all for future use. It all happens so smoothly, so quickly and efficiently that we’re blissfully unaware of it as it happens. Case in point: Have you ever been walking down the street and gotten a “bad feeling”? You have, and you know you have. We all have. You get the gut feeling that something’s just not quite right, and you’re given a choice. You act on that feeling and avoid whatever circumstance might have caused it, or you blow it off as bad gas station food and press on, bad feelings be damned. Personally, I tend to lean toward the adage “follow your gut” more often than not, because I’ve come to understand that these gut feelings are our brains feeding us information based on past experience and acquired information. Our subconscious mind picks up on something that we aren’t consciously aware of, and feeds us impulses that are directing us away from a situation that it has identified as “bad”. It isn’t psychic, it’s just information, and what is information at it’s most basic form?

Now what we have here is some high concept storytelling from the folks at Boom! Studios. They’ve given writer Charles Soule the duty of putting together a tale of high tension, of suspense, a story that poses the question, “if you could predict catastrophe, what would you do about it?” In the character of Heller Wilson, by every indication a pretty good guy, Soule has introduced an Everyman who believes he’s simply on the path to a degree and hopefully a career. What Heller is, as of yet, totally unaware of is that he’s walking a tightrope. Back when Dr. Brownfield first proposed his thoughts on the subject, he was more or less tarred and feathered by his peers, and his work was left unfinished. Now, the good doctor sees an opportunity to not only continue his work, but also pass it on to a worthy successor. And once that torch has been passed, who else out there might be paying attention to the same equations and probabilities that Heller has just begun to toy with? 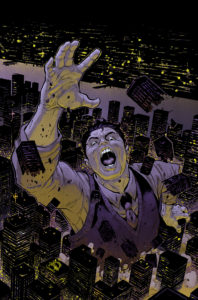 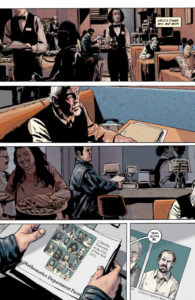 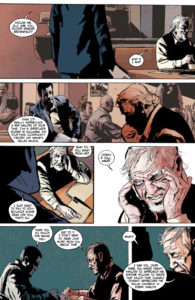 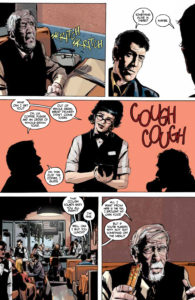 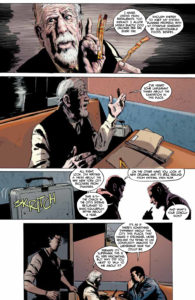 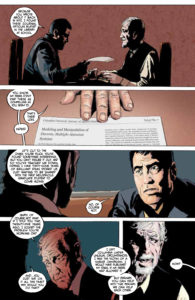 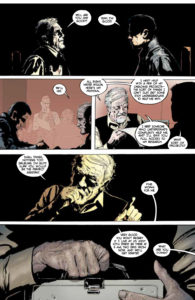 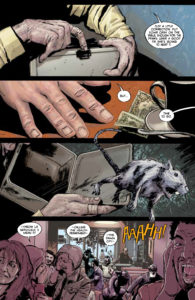