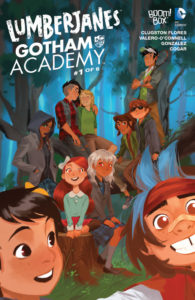 Publisher: BOOM! Box, an imprint of BOOM! Studios with permissions from DC Comics for use of the Gotham Academy characters and setting.

It’s a match made in heaven.

When a favorite teacher from the Academy and the director of the camp go missing, the kids find clues that lead both groups out into the woods. They quickly join forces and set off on a search and rescue mission. The first of a six-part series, more twists and turns and weirdness is predicted.

Chynna Clugston-Flores seems to have inhabited these characters, because their personalities (and there are some big personalities here!) and the way they talk just fly off of the page. She also established ground rules for most of the characters fairly flawlessly, so that you kind of know what could happen. I saw
one throw-away statement that I hope was mentioned for a reason later on, but we’ll see. All in all, you’d think she’d been writing these characters all along, as they feel just like they should.

Rosemary Valero-O’Connell’s art straddles the gap between the two books fairly seamlessly. While not truly Lumberjanes and not completely Gotham Academy, the genetics of both can be seen. That’s really a feat, since both books have distinctive styles of art. The result is delightful, and you can clearly recognize all of the characters.
Being of similar tropes, these two groups have their analogous counterparts, the most obvious being Ripley from Lumberjanes and Maps from Gotham Academy are both fearless young members of their respective teams, with Ripley being a little more sporty and Maps being a bit more cerebral. Both teams accept the other with a minimum of fuss, and now the adventure begins. This is going to be so much fun! 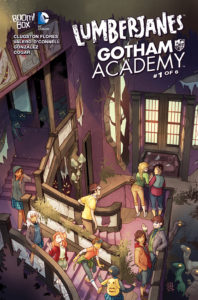 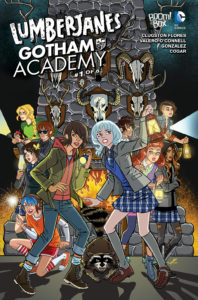 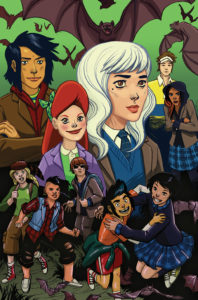 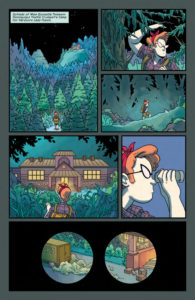 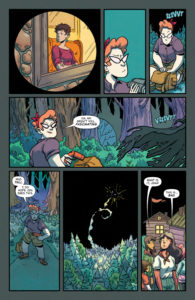 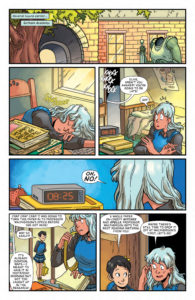 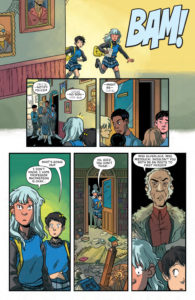 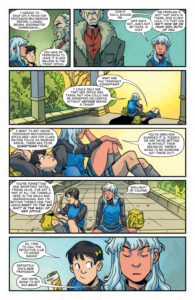