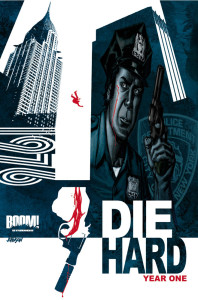 John McClane’s name is synonymous with pulse-pounding, heart-stopping action adventure! Where did it all begin? Right here!

More than a decade before the first Die Hard movie, John McClane’s just another rookie cop, an East Coast guy earning his badge in New York City during 1976’s Bicentennial celebration. Too bad for John McClane, nothing’s ever that easy. Join McClane on his first adventure- taking on terrorists during the nation’s Bicentennial on a hot New York summer day. The character that changed film forever starts here!

Danger and double-crosses abound in this story by comics legend Howard Chaykin, best known as the creative mind behind American Flagg!
———-

Rookie officer John McClane is on the job, walking a beat in New York City on July 4th, 1976. For such a noteworthy day, the American Bicentennial, it all started out pretty normally. He spent some time taking verbal abuse from his training officer, grabbed a couple pick pockets working the crowd of wide eyed tourists, and found himself fondly recalling his time as a young Marine in Vietnam. Little did he realize the turn his day was going to take when a pretty blonde in the crowd caught his eye.

Rosie Haskell is a young girl, new to the Big Apple, trying to navigate the subway system and pay her rent. Taking a job on one of the holiday floats seemed like a good way to make a quick $25, but things got a little complicated along the way. Getting turned around on the way to the job, Rosie stumbled into a murder. Sure, maybe witnessing a murder in New York isn’t such an unusual event, but when the murder is committed by two policemen, it adds a little twist to the day.

Officers Peter Noonan and Russ Ciardello are just about as crooked as crooked cops can get. They’ve scored a deal that’s going to set them up for life, and let them leave the grungy life of work and toil behind. All they have to do is catch up with the blonde who saw them kill one of their co-conspirators, and the pieces will fall right into place. First, they have to break the news to their fourth partner, the man with the plan, who set the entire scheme into motion.

Alan Douglas is an idealist… sort of. Okay, maybe not, but he’s managed to tell himself that his scheme to rip off rich industrialist Walden Ford is motivated by a desire to save the planet. The fact that in the end, he and his partners are going to walk away with a boat-load of money is just the proverbial cherry on top. He’s got the plan, he’s got the means, and he’s got social justice on his side, so what could possibly go wrong?

I’m going to admit, I had my doubts about this comic when I ran across it in a list of back issues from Boom! Studios. While I’m a huge Die Hard fan (okay, maybe not so much the second, fourth, or fifth movie, but the third was pretty cool, and the original… ‘Nuff said!), I wasn’t sure how it would make the translation into comics. I really need to learn to be less of a pessimist, because this trade paperback volume was a BLAST! First and foremost, it’s a Die Hard story through and through. It starts us out fairly innocently, just a day in the life of a New York cop, and then… the Twist.

Look, I’m not going to tell you that we’re resolving world issues here. What I am telling you is this trade paperback is a completely worthwhile investment for anyone who believes in their heart and soul that Die Hard should be recognized as the penultimate Christmas movie. If you’re not one of those people, if you shake your head in disbelief at the fateful events at Nakatomi Plaza… I just have no words.

I couldn’t find a link to get the book directly from Boom! (which I would just about always do, especially for this fine publisher), but it is available from Amazon here. Personally, I’d like to see some noise made over at Boom! to bring back some reprints. This really was a lot of retro “throwback” fun…

One more selling point before I go: John McClane with a full… 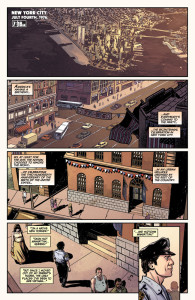 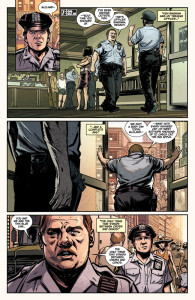 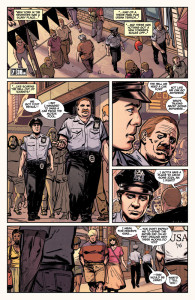 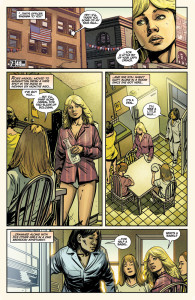 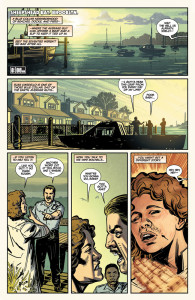 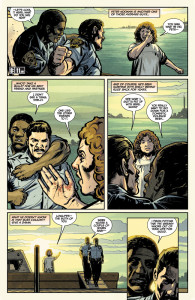 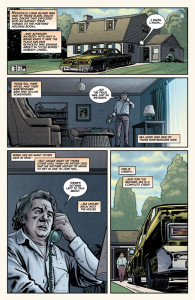 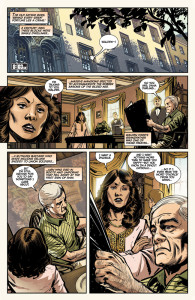 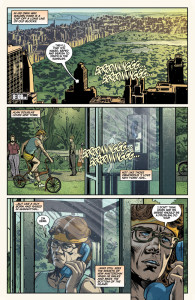 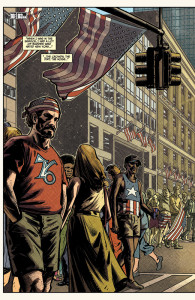 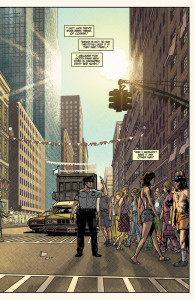