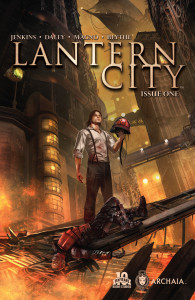 Sander Jorve just wants to keep his wife and son safe. Living in the brutalized lower class of Lantern City means living in near constant darkness, the enormous walls of the city always looming overhead, while the upper class enjoys the elevated, interconnected towers and airships above. When Sander’s brother-in-law, the persuasive activist Kendal, convinces him to infiltrate the brutal ranks of the Guard, he’s set on a dangerous path that will test his abilities and beliefs, all in the name of making a difference for his family and his caste.

Steampunk, for any who might not be be familiar with the genre, has been around for a lot longer than you might think. It just took us a while to come up with a cool tag to lay on it. Think Jules Verne. The Time Machine… the story by H.G. Wells, not the Hot Tub movie starring John Cusack. Any sort of “retro-futuristic” setting, usually with an Orwellian divide between a ruling and a worker class, could all be covered under the Steampunk umbrella.

Inside the walls of Lantern City, we see all of these elements deeply rooted in an alternate history timeline. Sander Jorve is a member of oppressed working class, spending most of his waking hours in the fields picking fruit for the tables of rich and mighty. He and his family were born into their lives, with no hope of improvement or advancement into a higher caste. As much as he’d like things to be different, he understands one of the basic truisms of his world: “Things can always be worse.”

Sander’s brother-in-law urges him to attend a meeting of “the Movement”, a gathering of the working caste in which they discuss and plan to rise up against the hated Killian Grey, the ruler of city. And as so often happens in literature, the reluctant hero finds himself being caught up in the action whether he likes it or not. In the end, Sander comes to realize that the only way for him to give his family a chance in his world is to take an active role in the change he believes is needed.

The book has an interesting look and feel to it, bringing the setting to life with pretty deep backgrounds. This isn’t just a world of characters drawn onto a flat storyboard of generic buildings and streets. There’s plenty to look at, with airships and steam powered machinery galore. The characters are still developing, and I’d look forward them filling out more now that the book’s introduction to the steampunk world has been established.

If you’re new to the genre, you could do a lot worse than this for a starting point. 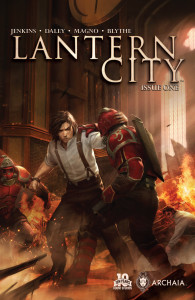 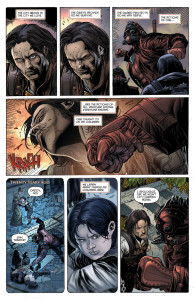 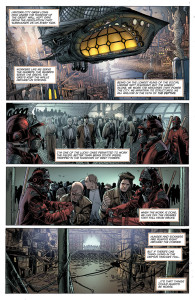 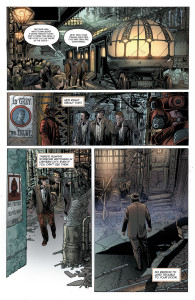 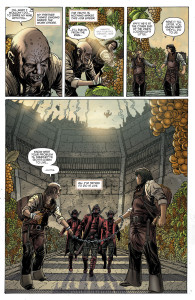 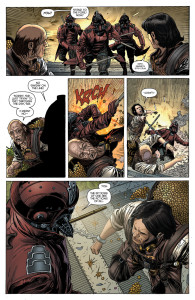