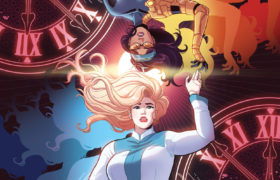 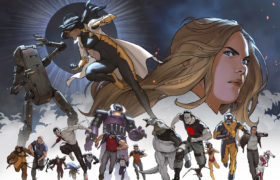 Valiant is proud to present your first look inside FAITH AND THE FUTURE FORCE #2 (of 4) – the next century-shattering chapter of the summer’s SPECTACULAR STANDALONE EVENT from Eisner Award-nominated writer Jody Houser (FAITH, Mother Panic) and comics legend Barry Kitson (HARBINGER, Fantastic Four)! On August 30th, Faith is racing to the far edges of […] 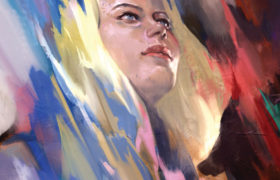 Valiant is proud to present the first lettered look inside FAITH AND THE FUTURE FORCE #1 – the FIRST ISSUE of A SPECTACULAR SUMMER EVENT launching Faith out of her Eisner-nominated solo adventures and into the highest-stakes team-up history has ever known alongside Rai, X-O Manowar, the Harbinger Renegades, Timewalker, and a near-infinite army of […]

Valiant is proud to present your first look inside FAITH AND THE FUTURE FORCE #1 – the FIRST ISSUE of A SPECTACULAR STANDALONE EVENT launching the breakout hero of the 21st century, Faith, into a centuries-spanning battle alongside Rai, the Harbinger Renegades, Timewalker, X-O Manowar and an army of the greatest heroes of today and […]

The IDW Publishing / Thrillbent partnership kicks off with Empire, the fan-favorite series by Mark Waid and Barry Kitson. In April, IDW will be releasing a print edition of the original Empire graphic novel as well as the first issue of its monthly sequel, Empire: Uprising, that continues the story of Golgoth, the most marked man in the universe. Empire: Uprising, which is […]