The IDW Publishing / Thrillbent partnership kicks off with Empire, the fan-favorite series by Mark Waid and Barry Kitson. In April, IDW will be releasing a print edition of the original Empire graphic novel as well as the first issue of its monthly sequel, Empire: Uprising, that continues the story of Golgoth, the most marked man in the universe. 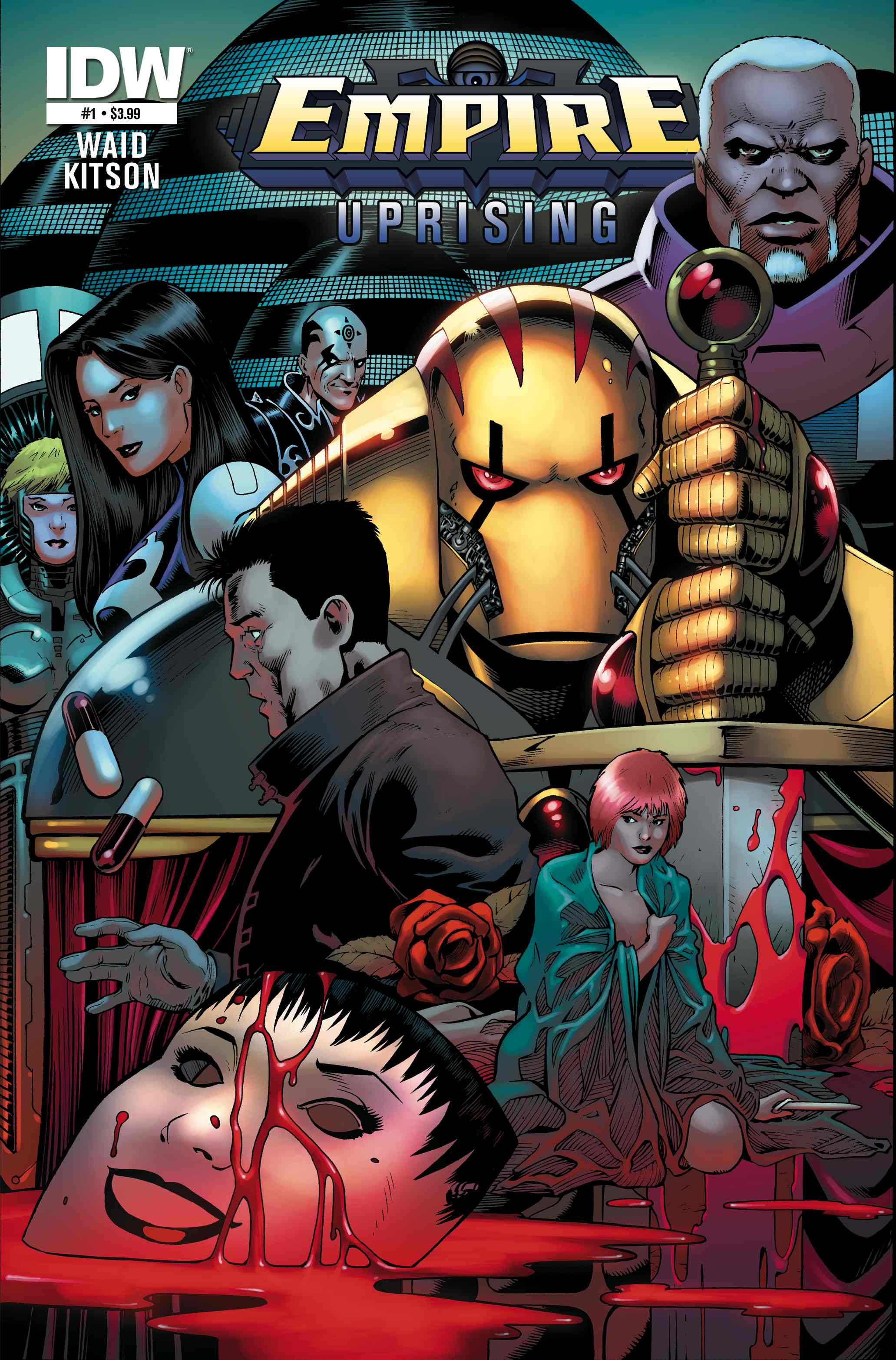 Empire: Uprising, which is being serialized in weekly digital installments at the Thrillbent website, picks up a year after the events of the original Empire, and much has changed for Golgoth, the first super-villain to conquer the world. The question becomes, can he hold onto his reign—and does he even want to? This exciting debut issue will feature two new covers by series artist Kitson.

“Empire exploded out of the gates years ago as a breath of fresh air with its exploration of what happens when the villain actually wins,” said Chris Ryall, IDW’s Chief Creative Officer/Editor-in-Chief. “Waid and Kitson proved then to be masters of exceeding peoples’ expectations, and both are even stronger storytellers now, as Empire: Uprising will show. Add to that our admiration for what Waid has accomplished at Thrillbent with a wide array of talented creators and I couldn’t be happier to see Thrillbent here as part of the IDW team.”

The new trade paperback edition of the original, out-of-print

Empire storyline will also contain exclusive, never-before seen material from Barry Kitson. This is the story that Golgoth, a remorseless villain whose plans for world domination have won him the planet Earth… and made him the target of every inhabitant.

“Barry and I couldn’t be more excited to team with IDW,” saidMark Waid. “Several publishers approached us about continuingEmpire with them, but no one courted us with Chris Ryall’s enthusiasm and IDW’s proven excellence in producing great-looking comics and graphic novels. With this arrangement, everybody wins–not just Golgoth.”

And Empire is only the beginning! The IDW/Thrillbent team-up kicks into high gear in May with the print debut of Mark Waid andPeter Krause’s Insufferable.