BOOM! Studios today announced PLATE TECTONICS: AN ILLUSTRATED MEMOIR, an original graphic novel meditation on being a single mother in the modern world from cartoonist Margaux Motin. Life is full of little earthquakes. When the dust settles, how do you rebuild? 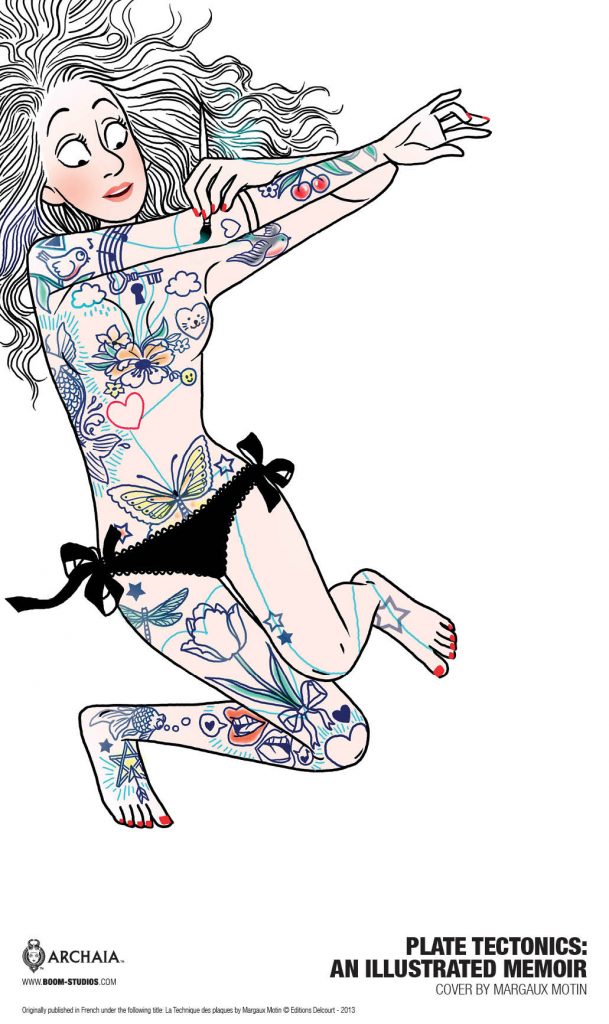 PLATE TECTONICS, arriving in stores June 2019, follows Margaux through one of the most transformative periods of her life as she navigates her own heartbreak and subsequent hope with unabashed wit and charm.

At age thirty-five, Margaux’s life is full of upheaval and unexpected twists and turns. She’s divorced, raising a child on her own, and trying to get back on her feet in today’s fast-paced world. When romance eventually returns it takes on the most unexpected shape . . . in that of her best friend! Could things possibly get more complicated?!

“There are few things more complicated, unexpected, and rewarding in life than love.” said Sierra Hahn, Executive Editor, BOOM! Studios. “PLATE TECTONICS explores the hard choices we sometimes have to make to truly embrace it.”

Print copies of PLATES TECTONICS will be available for sale on June 2019 at local comic book shops (use comicshoplocator.com to find the nearest one), at bookstores or at the BOOM! Studios webstore. Digital copies can be purchased from content providers, including comiXology, iBooks, Google Play, and the BOOM! Studios app.

For continuing news on PLATES TECTONICS and more previews from BOOM! Studios, stay tuned to  www.boom-studios.com and follow @boomstudios on Twitter.