BOOM! Studios unveiled a first look at WELCOME TO WANDERLAND #1, beginning a new four issue limited series in September from writer Jackie Ball (Goldie Vance) and artist Maddi Gonzalez (Elements) where the most magical place on Earth might actually be a nightmare.

Bellamy Muñoz knows everything there is to know about Wanderland Park. She knows when all the most iconic rides were built, all the shortcuts around the park, and all the secret lore behind Old West Town, Space Age Metropolis, and New Princesston. So when she winds up in the REAL version of Wanderland, with real princesses and adorable talking woodland creatures, Bellamy is sure that she has GOT this…that is, until it starts to become clear that this magical land isn’t much like the real world park at all, and the characters she thinks she knows aren’t at all like she’d imagined.

“WELCOME TO WANDERLAND is a hilarious, creative look at what happens when you allow the art that you love to inform your growth, instead of stifle it,” said Shannon Watters, Senior Editor, BOOM! Studios. “Jackie and Maddi have created a lush world steeped in humor and theme park geekery together and I’m so excited to share it with readers.”

Print copies of WELCOME TO WANDERLAND will be available for sale onSeptember 12th, 2018 at local comic book shops (use comicshoplocator.com to find the nearest one) or at the BOOM! Studios webstore. Digital copies can be purchased from content providers, including comiXology, iBooks, Google Play, and the BOOM! Studios app. 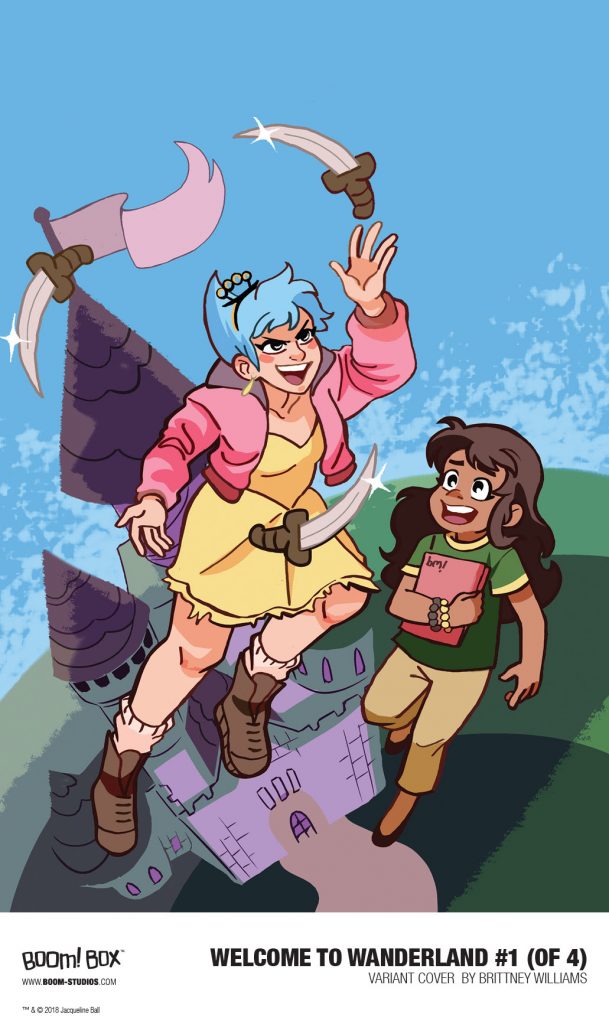 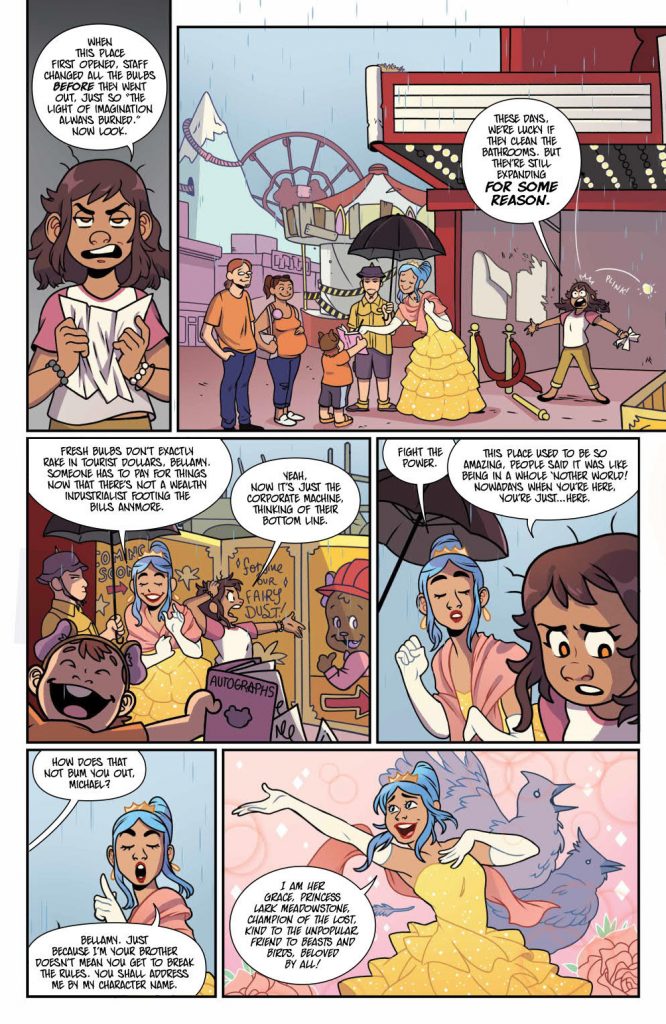 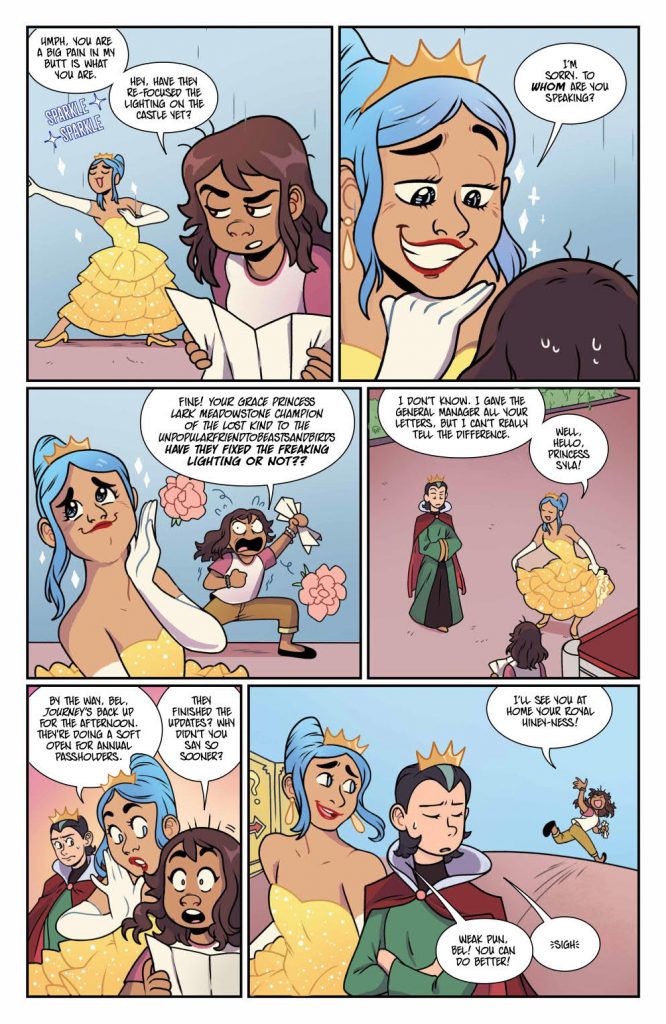 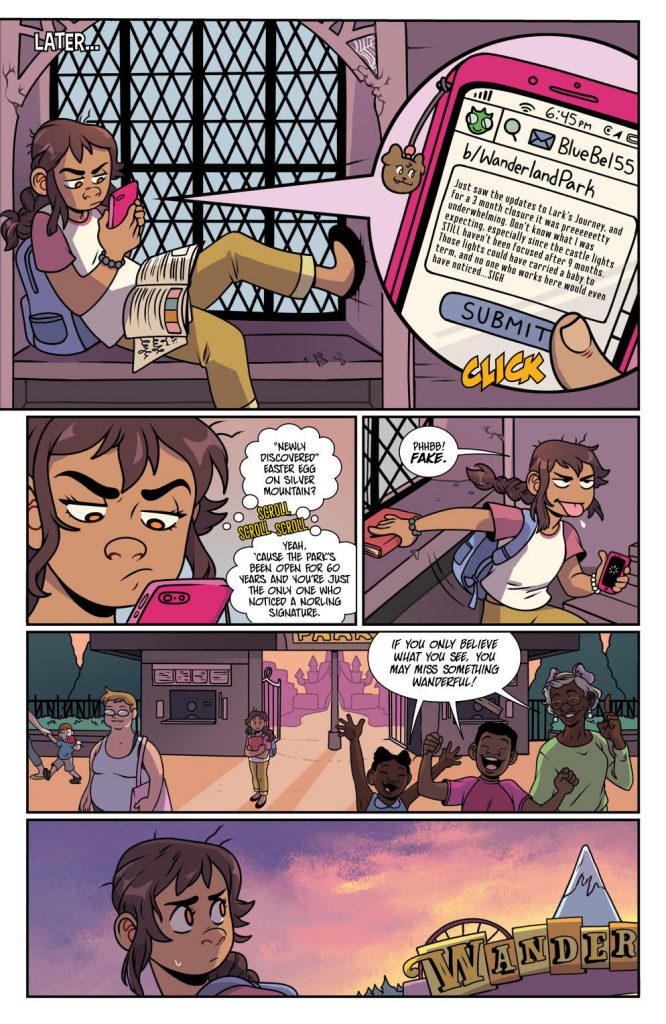 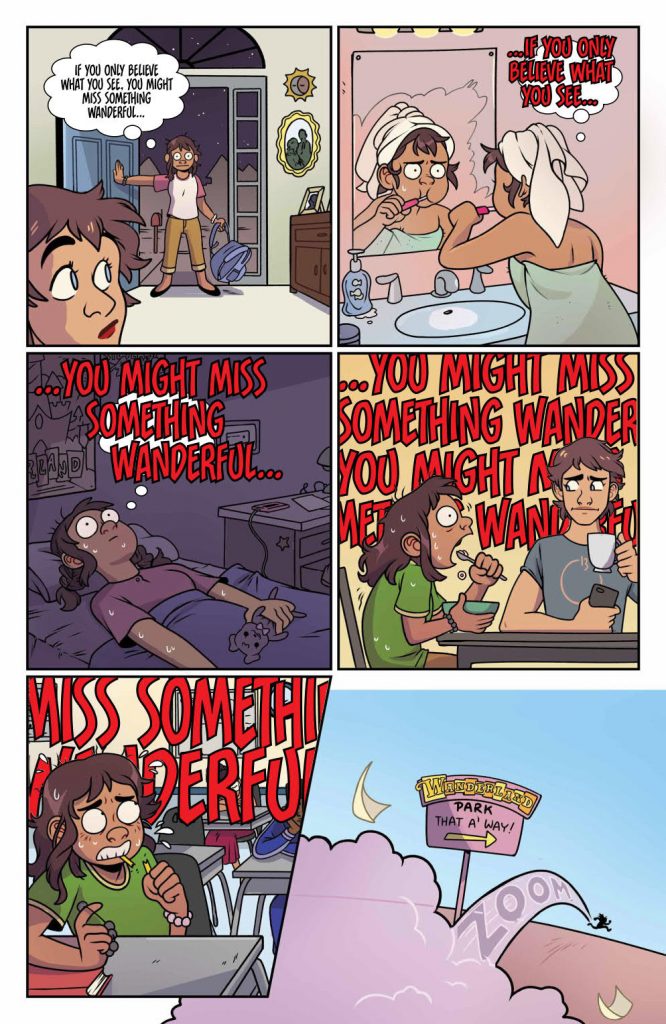 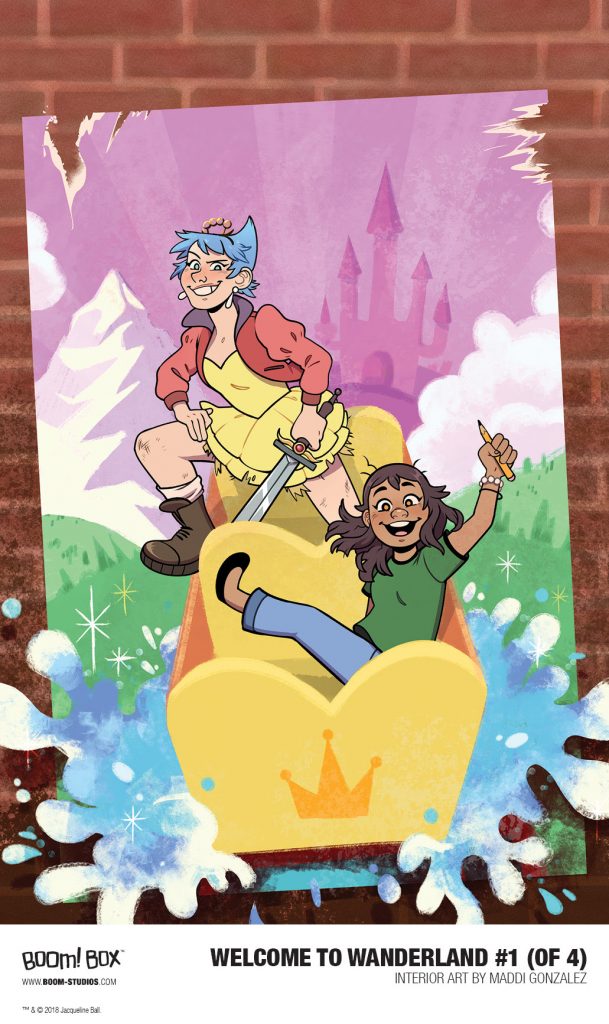 For continuing news on WELCOME TO WANDERLAND and more from BOOM! Studios,  stay tuned to www.boom-studios.com and follow @boomstudios on Twitter.