Wirt, Greg, and Beatrice return to the Unknown as they stumble on a small town inhabited entirely by eerie wooden doll-people in an all-new adventure from writer Celia Lowenthal (Jim Henson’s The Storyteller: Fairies) and artist Jorge Monlongo (Powerpuff Girls comic book series). But after Greg loses a shoe, it’s up to Wirt to earn money for a new pair, leading him to babysit some doll-children that may cause Wirt to stay in town forever…

“Over The Garden Wall beautifully blends fascinating characters, exciting thrills and surprising chills and we’re excited to continue all-new stories in this amazing world created by Pat McHale,” said Whitney Leopard, Editor, BOOM! Studios. “Celia and Jorge are bring to life an exciting new adventure in OVER THE GARDEN WALL: HOLLOW TOWN, as Wirt, Greg and Beatrice learn more about family, friendship and the dangers of creepy dolls that don’t seem to leave you alone.”

OVER THE GARDEN WALL: HOLLOW TOWN is the latest release from BOOM! Studios’ award-winning KaBOOM! imprint, home to comics for middle grade and younger readers including licensed series such as Adventure Time, Regular Show, Steven Universe, Peanuts, and Garfield, along with original series like Mega Princess by Kelly Thompson and  Brianne Drouhard, Bodie Troll by Jay Fosgitt,RuinWorld by Derek Laufman, and The Deep by Tom Taylor and James Brouwer. 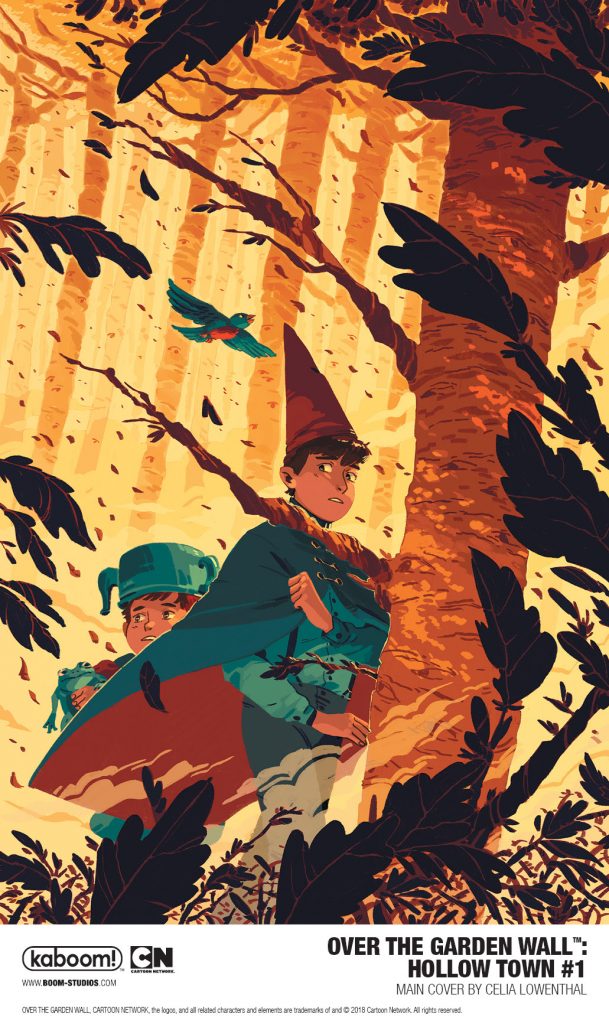 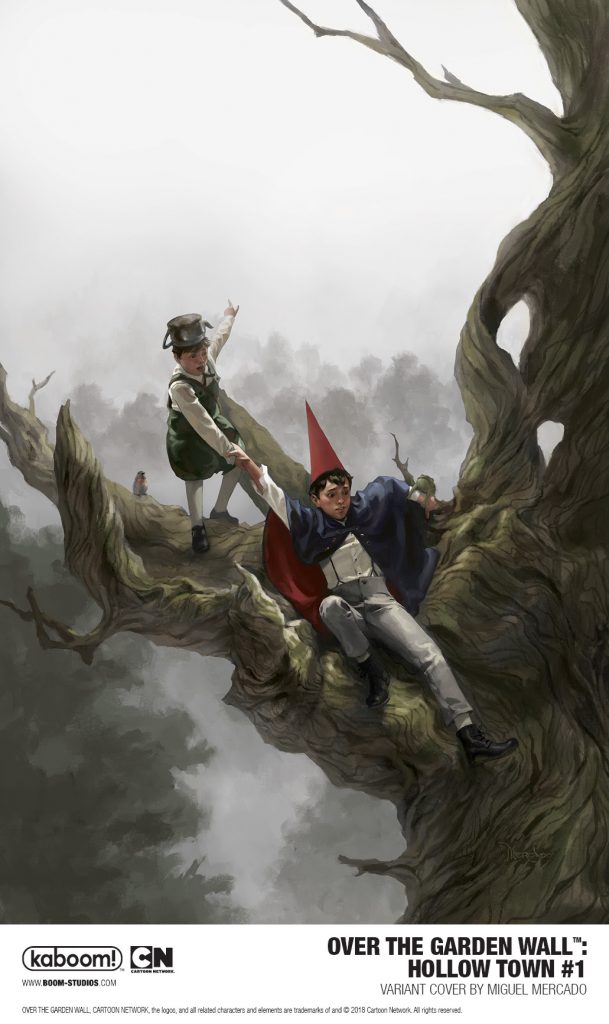 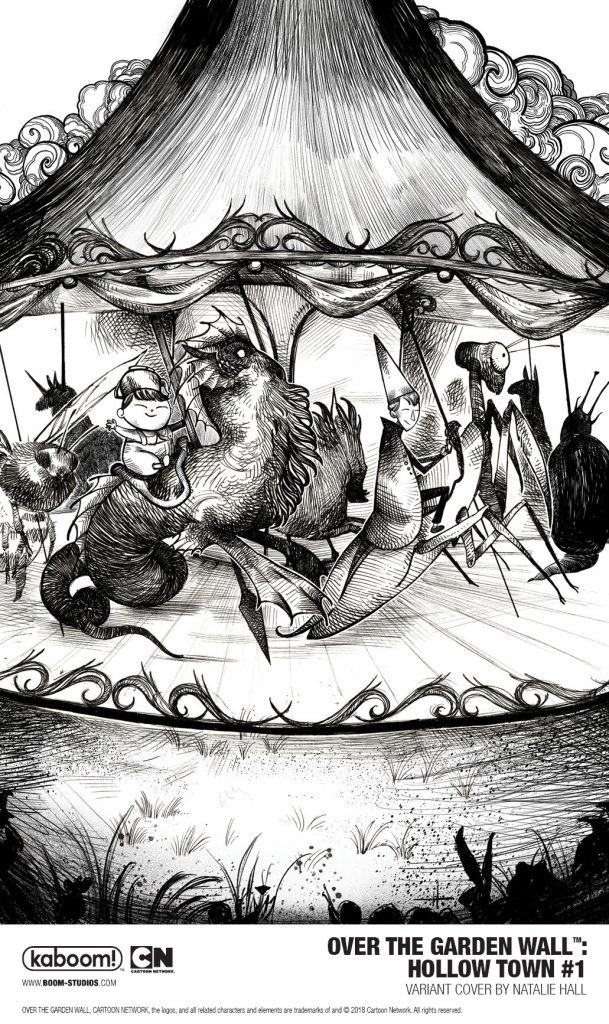 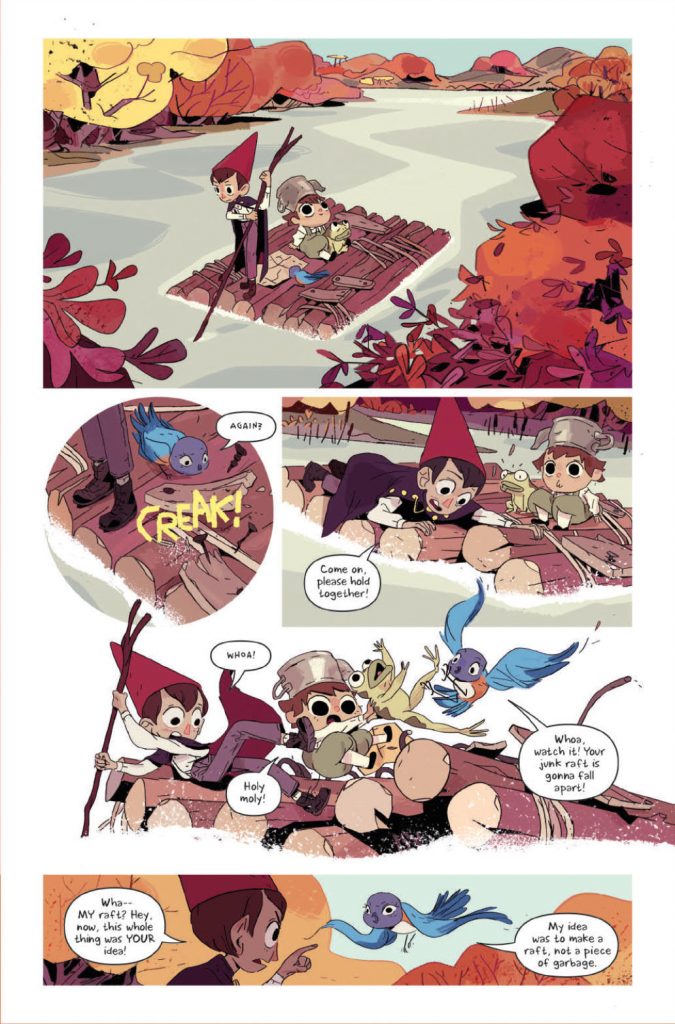 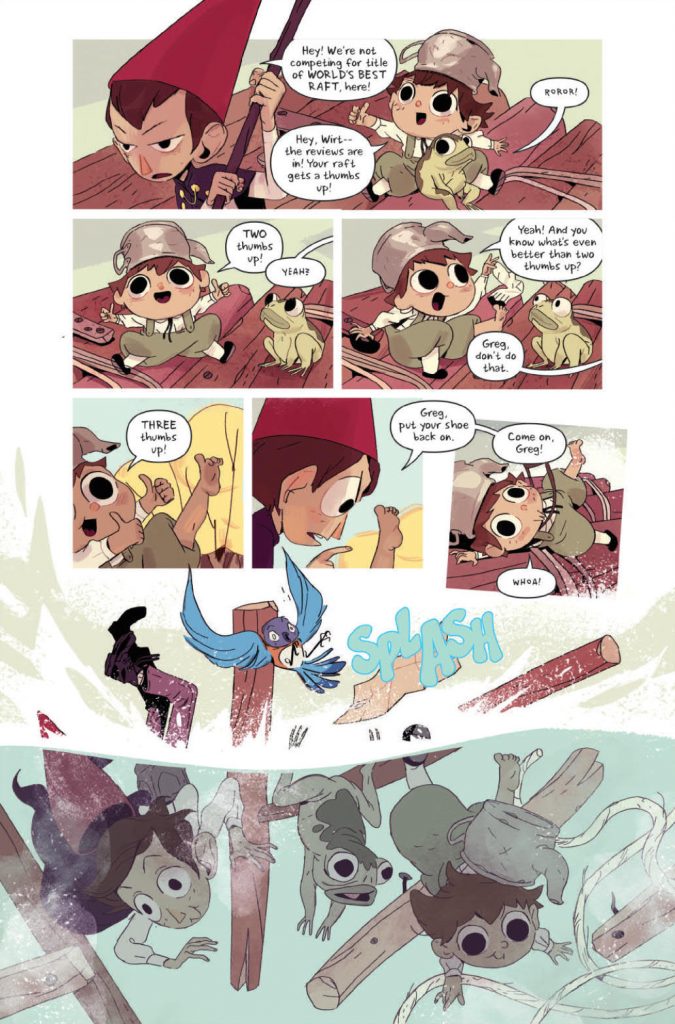 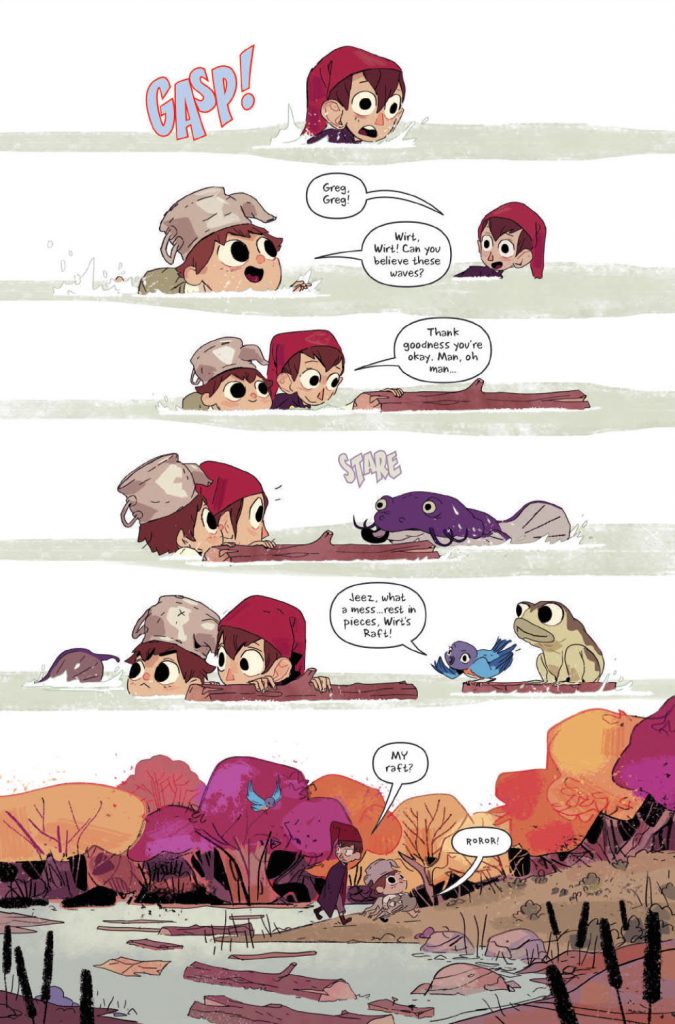 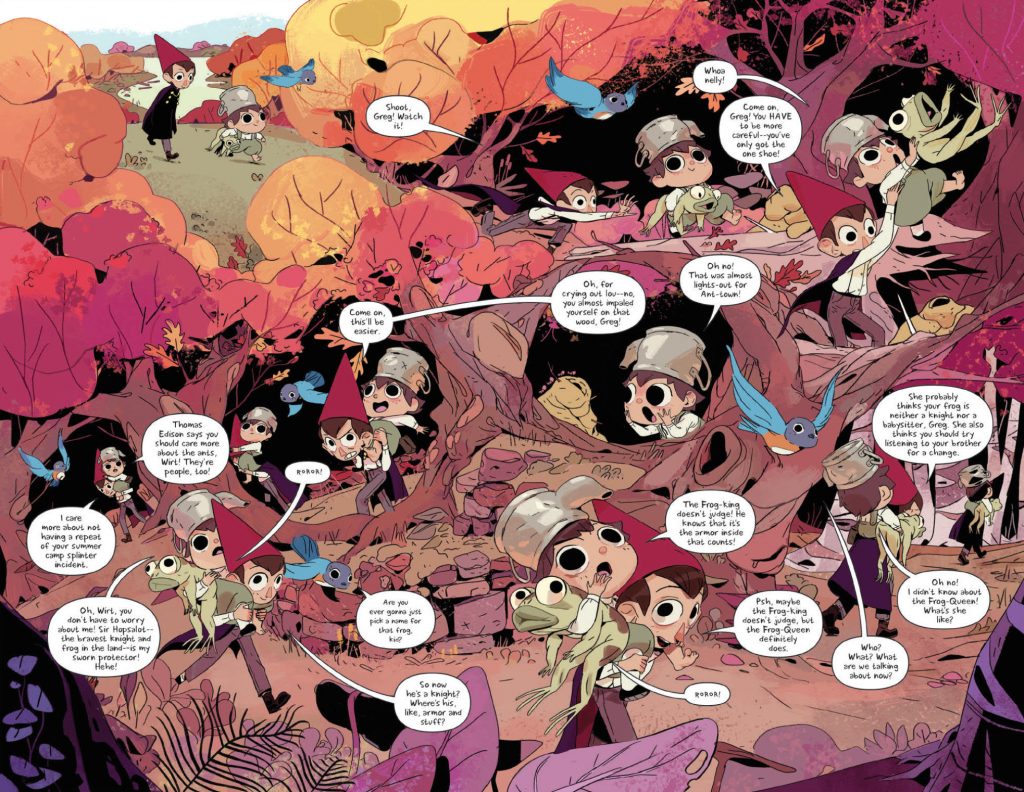 Print copies of OVER THE GARDEN WALL: HOLLOW TOWN #1 will be available for sale on September 19th, 2018 at local comic book shops (usecomicshoplocator.com to find the nearest one) or at the BOOM! Studios webstore. Digital copies can be purchased from content providers, including comiXology, iBooks, Google Play, and the BOOM! Studios app.

For more on OVER THE GARDEN WALL: HOLLOW TOWN and more from KaBOOM!,  stay tuned to www.boom-studios.com and follow @boomstudios on Twitter.