For the second year in a row Zenescope Entertainment will be partnering with Gelato Paradiso. Three original new gelato flavors, based on the company’s popular characters, will be offered throughout Comic-Con weekend. Flavors include Krampus Cookie Crunch, Mad Hatter Mash-up and Skye Mathers Sorbetto. Gelato Paradiso is located at 789 W Harbor Dr. and is only a 10 minute walk northwest of the San Diego Convention Center. Customers who purchase any Zenescope themed gelato will be eligible to purchase a rare San Diego Comic Con Zenescope metal card limited to 50, while supplies last.

On Thursday July 19, 2018, some of Zenescope’s writers and creators will be appearing at the Not Just a Pretty Face-Women in Comics Panel in Panel Room 4, at 7:30PM, with panelists LaToya Morgan (Shameless, Into The Badlands, Zenescope’s Robyn Hood), Victoria Rau (Zenescope’s Peek-A-Boo), Sam Sawyer (Lady Death), Jen King (Eisner finalist, comic store owner), cosplayer Fatal Siren, and Zenescope co-founder Ralph Tedesco. The panel will delve into the world of comics through the eyes of female creators while also touching on the steady increase in female protagonists and creators in independent comics over the past decade. 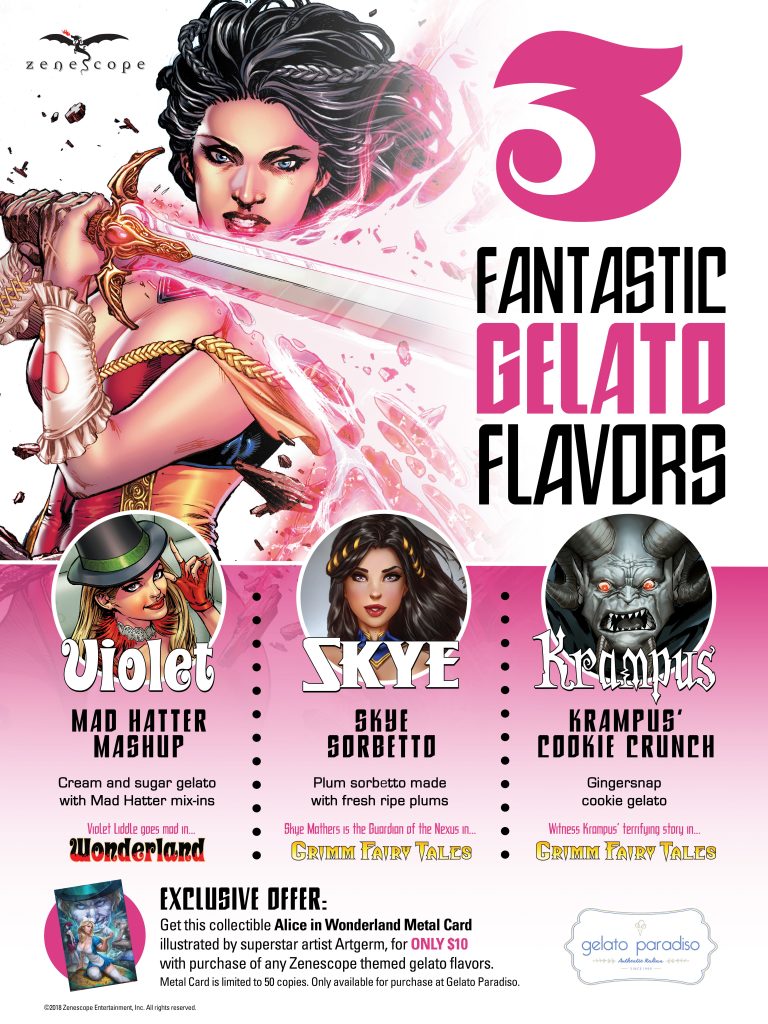 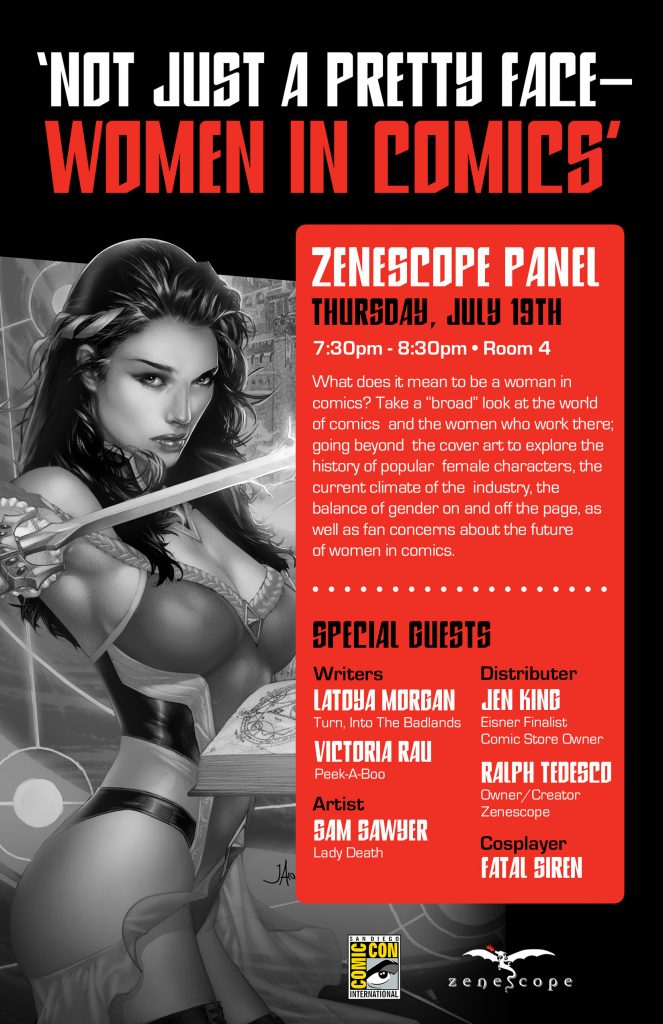