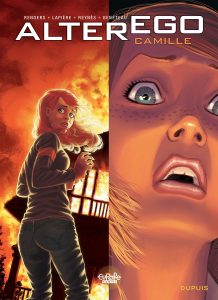 Somewhere across the four corners of the Earth, six individuals get mixed up in a scientific discovery of huge significance. Now our freedom is in their hands, and they don’t even know it…
———-

Camille, daughter of renowned research psychologist Suzanne Rochant, is handed a letter upon her mother’s death. It’s addressed to “Ze Teixeira” in Angola, a man Camille has never heard of but apparently shared some connection with her mother. Fouad, a nurse from Belgium, is doing good works in Puerto Tejada… at least he thought he was until facts start pointing toward something more insidious than viral inoculations. He’s uncovered evidence of secret testing, of mysterious drugs being administered without the consent of his patients. Noah’s father is the President of the United States. That’s given him many liberties and privileges unavailable to most, but nothing comes without a cost. Whether or not Noah is willing to pay it, without question, remains to be seen.

Park. Jonas. Fouad. Darius. Camille. Noah. Each the subject of their own book in the series, every one of them tied together in ways they can’t imagine. Honestly, this is turning out to be a tough review to write up. After reading three of the six books, I think I’m only just starting to pick up on the threads and how they’re coming together. The individual books weave in and out, running parallel to and occasionally brushing against each other, with each revealing one small part of the greater puzzle

Described as “a tentacular thriller”, the first six books in the series can be read in any order. While some of the characters may overlap, their true importance to the plot only becomes evident when taken in as a whole. Think of it as a sort of comicbook version of “Lost”, where each person comes into the main storyline with their own backstories and side plots. Six people who have never met- never even heard of each other- living all across the globe, are caught up in the middle of a conspiracy that could change life as we know it. Independently, their stories will shape the way they each look at their worlds and how they perceive their place in it.

Series creator Pierre-Paul Renders has gone deep for this story, and between you and me I’d love to get a look at his notebook. How he and co-writer Denis Lapiere are able to tell such detailed stories, each lining up next to and often intertwined with the five other books, is nothing short of a miracle. Every book on its own has been a great read so far, the characters relatively average people being pulled along by events unfolding around them. Renders and Lapiere have taken those individual chapters and woven them into a far reaching narrative of global proportions. The level of detail behind it all, the complexity of the meta-plot is pretty damned impressive, and should be a feat that gets Renders and Lapiere on the short list to whatever other writing project they have in mind.

As has generally been the case with European Comics, the intricately written story is supported by some really outstanding artwork. Mathieu Reynes, has created a world very much like ours, just a little left of center. And as you’re reading these books, pay attention to his character designs… if you see someone who looks in any way noteworthy (no small feat considering the number of players in this story), you might be looking at the main character from one of the other episodes. Likewise, the scenery designed by Benjamin Beneteau reflects every aspect of our world, from third to first, in all of its brutally honest glory.

How do all of these characters, in locales ranging from Angola to Los Angeles, Johannesburg to Washington D.C., fit together? Where does the humanitarian organization behind the WWZA Project, providing testing for and inoculation against HIV, tie in with global technology powerhouse U-Tech? This intricately scripted series, with all of its twists and turns, promises no answers but should provide plenty of meat for anyone who enjoys a good technological mystery. 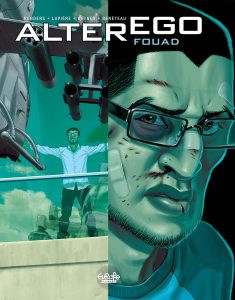 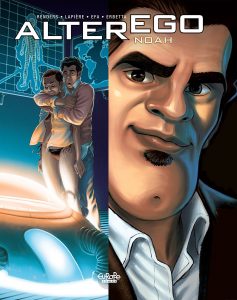 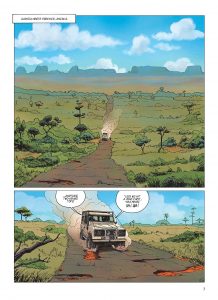 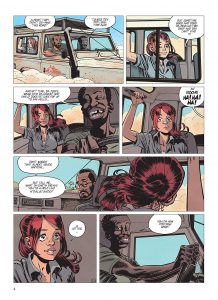 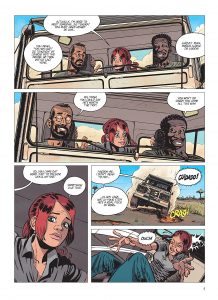 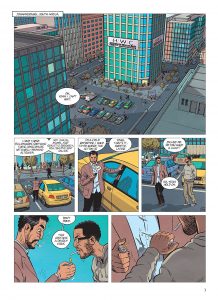 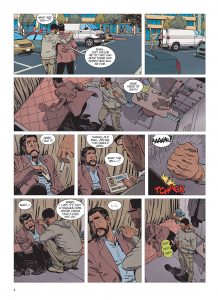 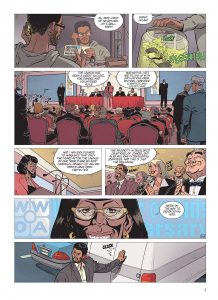 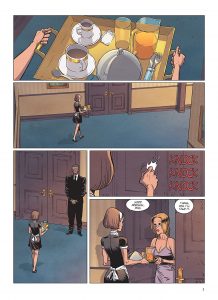 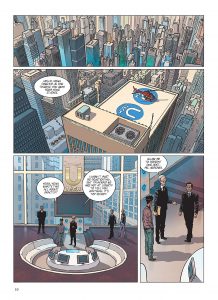 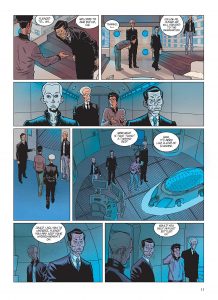