Valiant is proud to present an extended look into HARBINGER WARS 2 #1 (of 4) – a powerful opening volley in the SEISMIC SIX-PART EVENT that represents the most ambitious Valiant crossover ever attempted! On May 30th, recent Eisner Award-nominated writer Matt Kindt (ETERNITY, X-O MANOWAR) teams up with astounding artist Tomás Giorello (X-O MANOWAR) to strike deep into the heart of the Valiant Universe with an unstoppable collision between some of comics’ greatest titans!

For the rare and immensely powerful subset of humanity known as psiots, their unique abilities have come with an enormous cost. Once, their existence was known only to a select few. Now, the revelation that thousands of these latent telekinetic “harbingers” secretly live among us – with the potential to become active at any moment – has led the American government to a dramatic tipping point…

This summer, Valiant’s biggest and most ambitious event yet takes hold…and, on May 30th, all of America will witness the raw, unrepentant power of the Valiant Universe unleashed in HARBINGER WARS 2 #1 (of 4) – featuring covers by J.G. Jones (Final Crisis), Mico Suayan (BLOODSHOT REBORN), Juan José Ryp(BRITANNIA), Felipe Massafera (Planet of the Apes/Green Lantern), and Lewis LaRosa (BLOODSHOT SALVATION)!

THEN: The devastation continues on June 27th with HARBINGER WARS 2 #2 (of 4), as New York Times best-selling writer Matt Kindt and supertar artist Tomás Giorello unleash X-O Manowar on a world he thought he’d left behind, and fire off the next blast in a brutal barrage that will leave no hero unscathed! Featuring an incredible array of covers by J.G. Jones (Wanted), Mico Suayan (BLOODSHOT SALVATION), Juan José Ryp (NINJA-K), and Felipe Massafera (Green Lantern: Emerald Warriors)!

BUT FIRST: Jump on board with HARBINGER WARS 2: PRELUDE #1, a STANDALONE INTRODUCTION TO THE VALIANT UNIVERSE’s most powerful forces from all-star creators Eric Heisserer, Raúl Allén, and Patricia Martín, the master storytellers that brought you SECRET WEAPONS!

Now, behind them, Livewire – leader of the Harbinger Foundation’s most unusual group of Secret Weapons – is about to incite the coast-to-coast clash that brings them all together in an inescapable collision of power.

Pushed to the brink by the government she once served, Toyo Harada’s former star pupil is about to make an irreversible decision…and deactivate America’s power supply in a last-ditch bid to save the extraordinary individuals called “psiots” from extinction. As a nation goes dark, the paths of our world’s most powerful heroes will soon converge…and the stage will be set for the most cataclysmic confrontation in the history of the Valiant Universe! 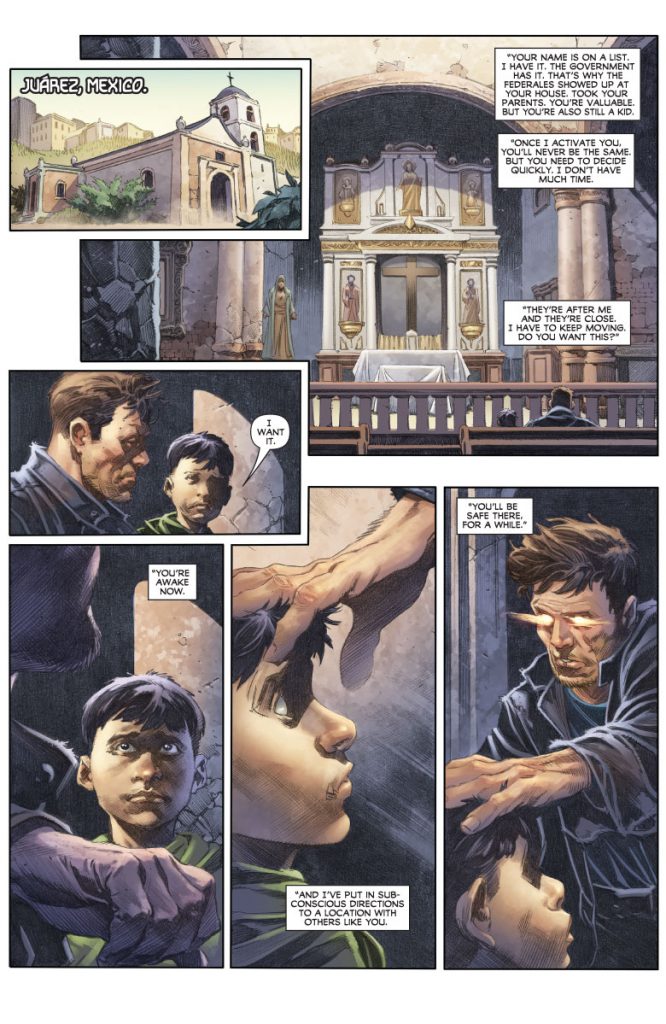 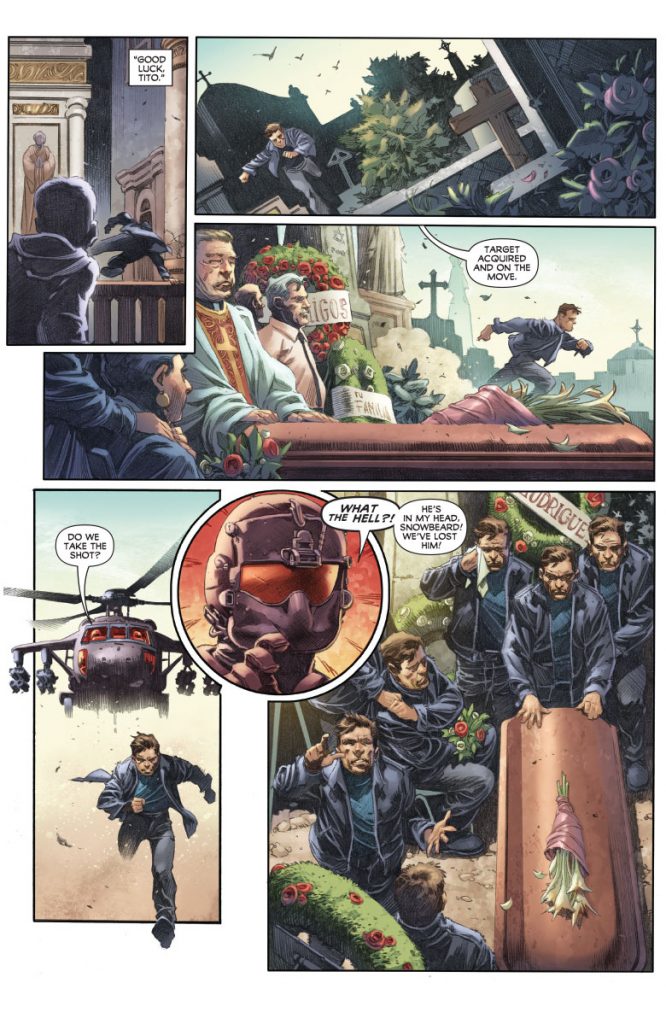 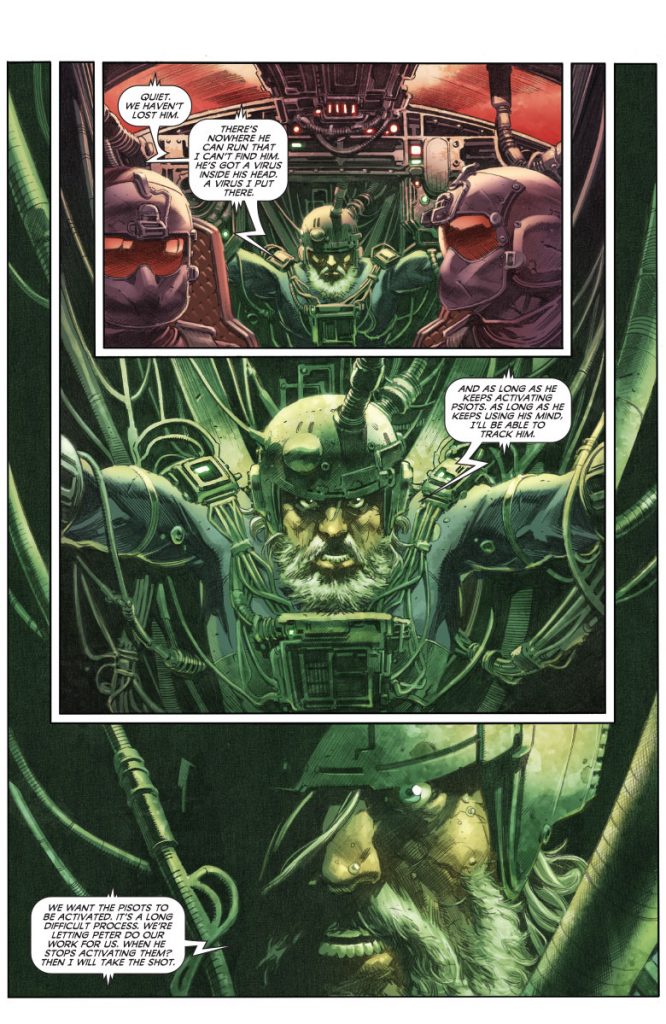 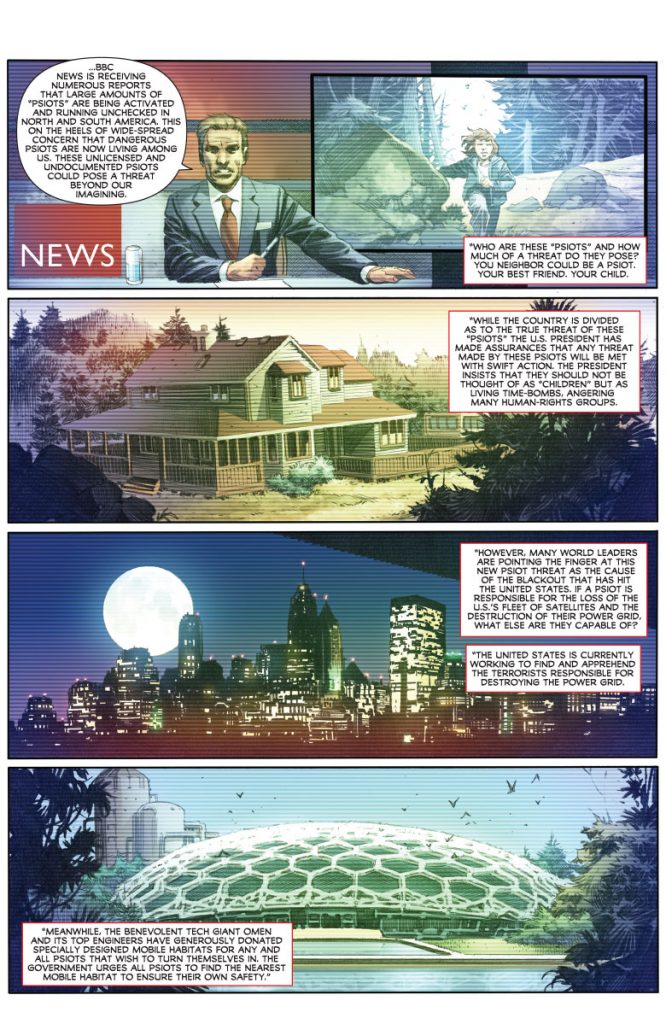 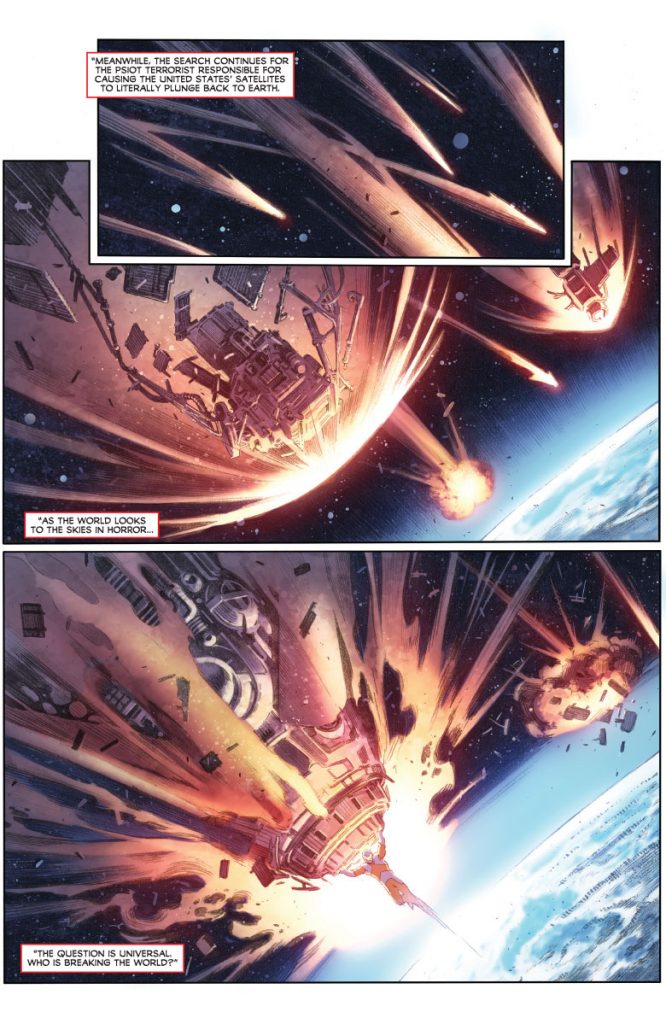 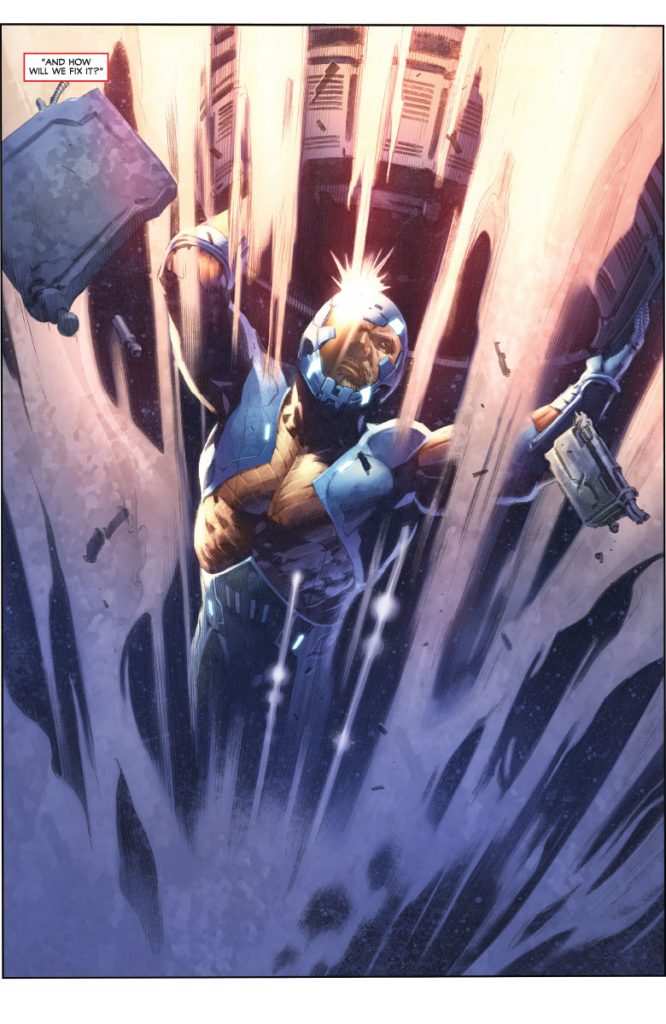 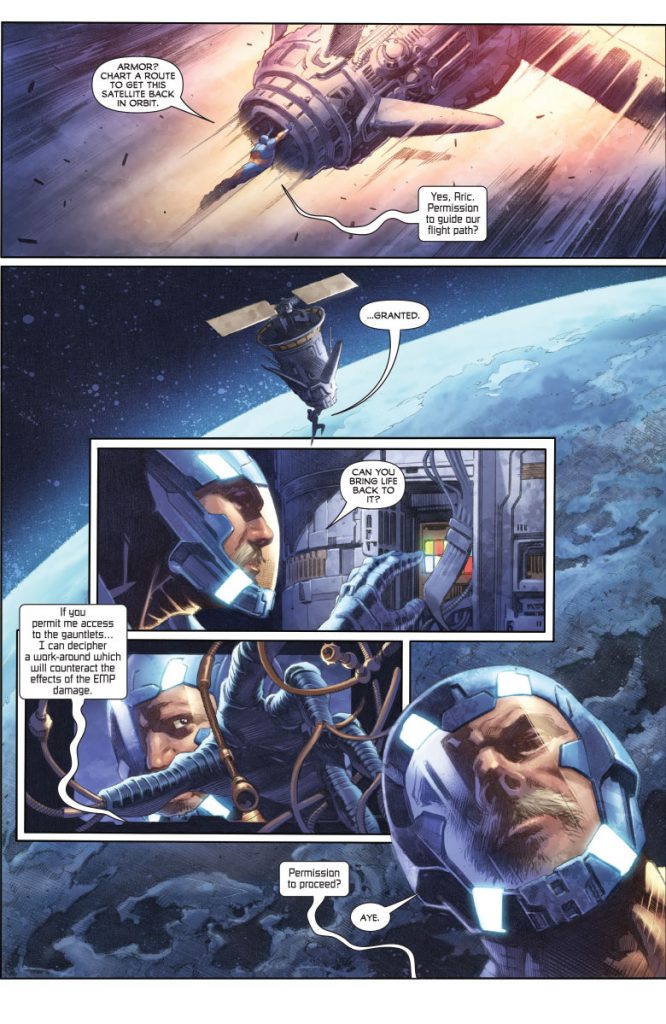 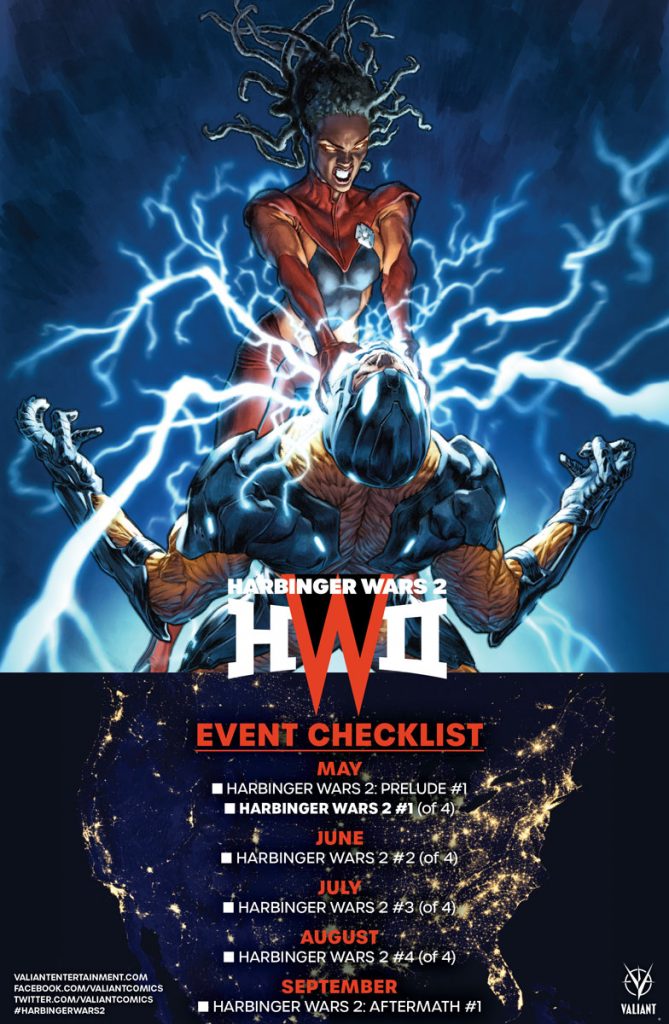 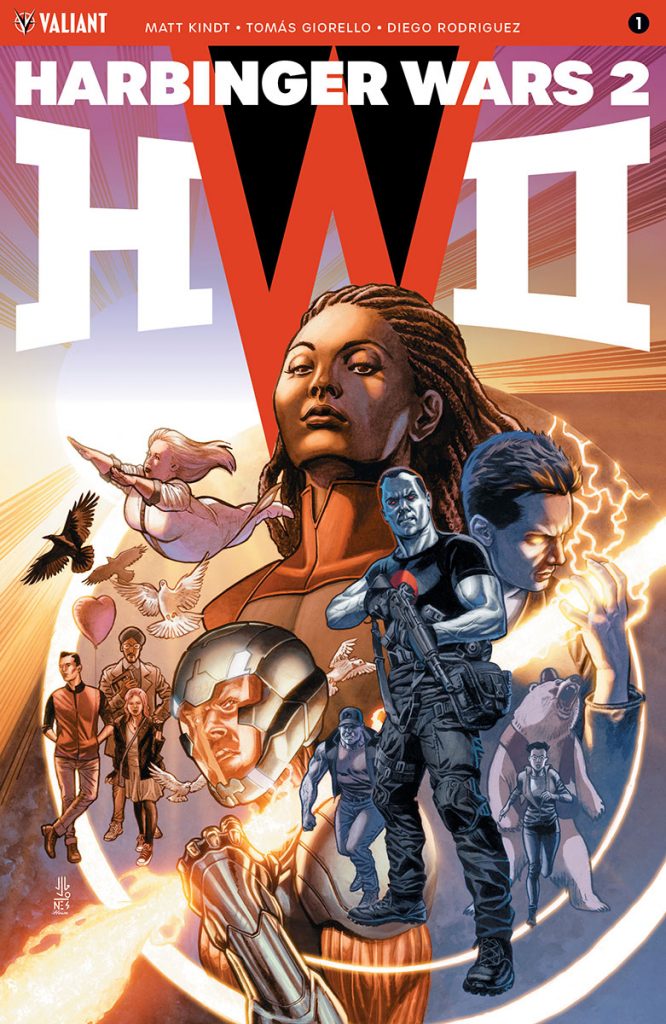 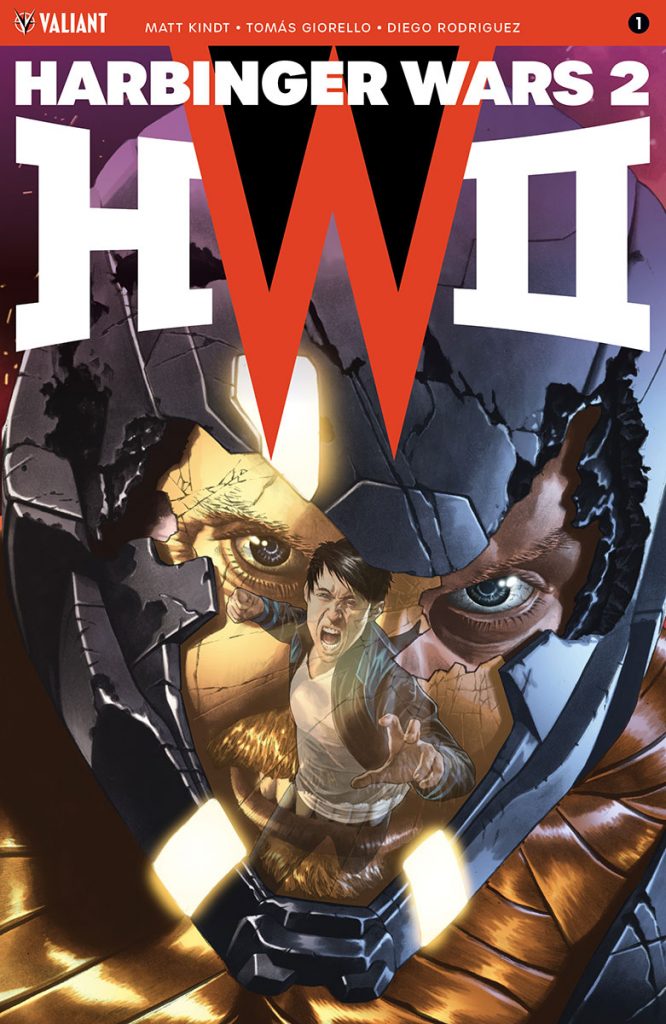 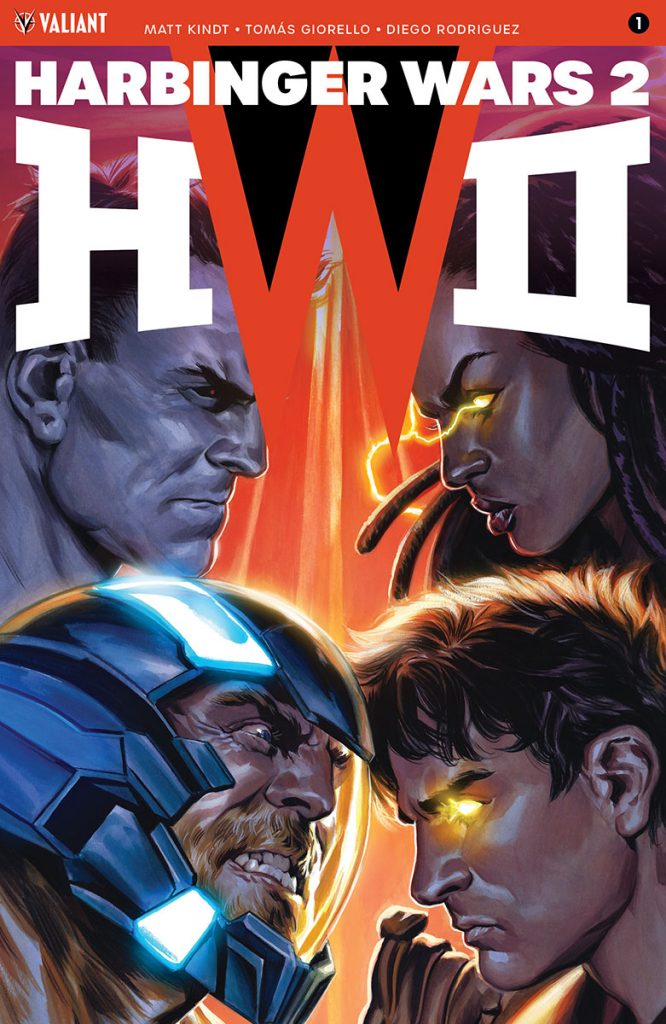