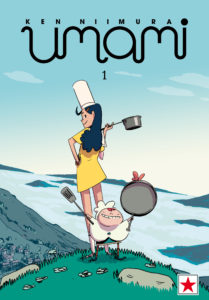 On Friday, March 23rd, the release of the film I KILL GIANTS starring Zoe Saldana will introduce a new audience to the acclaimed graphic novel by writer Joe Kelly (BIG HERO SIX) and co-creator and illustrator Ken Niimura, that inspired the film. The film’s release, in theaters, On Demand, and Digital HD, promises to bring new attention to the career of International Manga Award-winning and Eisner Award-nominated artist Ken Niimura. Today, ten years after the original release of the I KILL GIANTS comic book, Niimura is currently creating a wonderful, whimsical ongoing webcomic, UMAMI, which is published in monthly installments on Panel Syndicate. Food and cooking comics are all the rage in Japan, where Niimura currently lives, and UMAMI offers something new for American audiences. 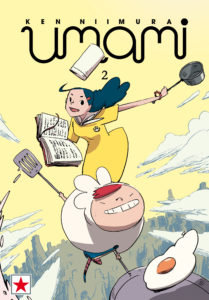 UMAMI presents the story of a kingdom in trouble and two cooks that are going to save the day using their cooking skills. It’s a crazy adventure story that combines high-fantasy, cooking, and lots of absurdity. Niimura charmingly illustrates the adventures of two girls, Uma and Ami. Uma is a cheerful and determined girl from a remote village, who always has an amazing dish ready to solve any problem… if only she wasn’t such a disaster. Ami is the future king’s chef, stickler and extremely proud, whose aim in the kitchen is to achieve the best taste following traditional techniques and recipes. Despite their many disagreements, together they’re an explosive team and no obstacle stands in their way. But how could anybody imagine that the destiny of the entire kingdom — complete with warriors, dragons, and beasts — would depend on their culinary skills? 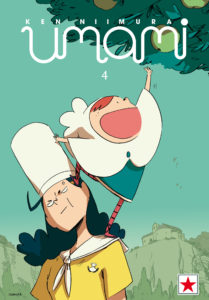 UMAMI is hand-drawn and inked in a distinctive black and white style by Niimura and, like his art for I KILL GIANTS is an evolution of the western comics and ‘80s and ‘90s adventure-style manga. UMAMI is available on Panel Syndicate in English & Spanish and fans pay what they want to read the stories. The fifth issue will be published by Panel Syndicate on Thursday, March 22.

“Brimming with fantasy, over-the-top zaniness, and deep-rooted friendship, UMAMI is a balm to the darkness that often permeates modern storytelling.” ― FREAK SUGAR

“The original comic book edition of I Kill Giants introduced readers to the beautiful artwork of Ken Niimura, which mixed American, Japanese and European influences into something unique and irresistible.” 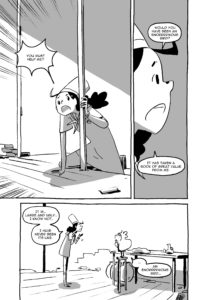 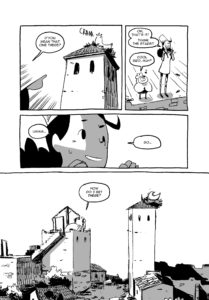 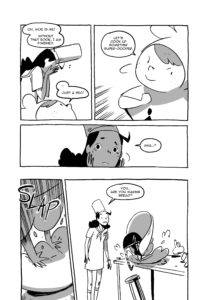 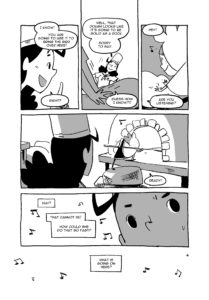 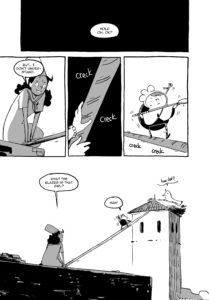 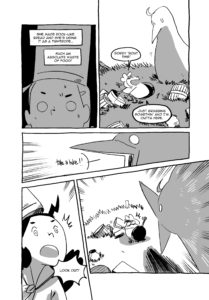 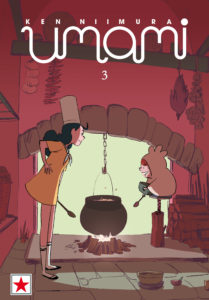 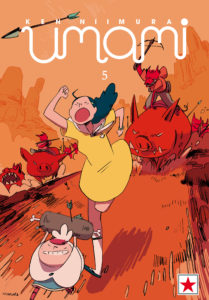