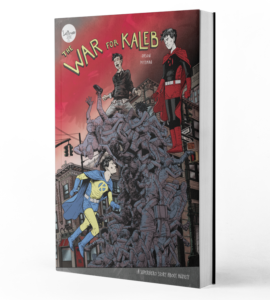 A while back, I had a creative fella named Jason Pittman contact me about taking a gander at his self-published comic, The War for Kaleb. The gist of the story is that Kaleb is a very average young man who has had problems with anxiety disorder for years. Lately, things have been going great. He’s even got the best girlfriend a guy could ever hope for… which raises some doubts. Kaleb wonders if maybe she’s not really in love with him, the real him, the him with the anxiety disorder. He’s even starting to doubt his own feelings for Addey, pondering the possibility that the anxiety meds he’s been taking have disconnected him from his feelings, confusing the truth behind his emotions.

You can read my review of the full story here. If you think it sounds interesting (cuz it is), you can check out the perk-a-palooza that is Pittman’s Kickstarter for the full collected edition here.

And now, look at the pretty pictures… 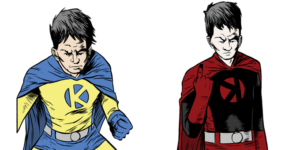 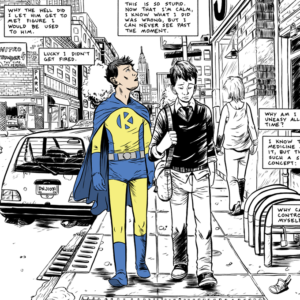 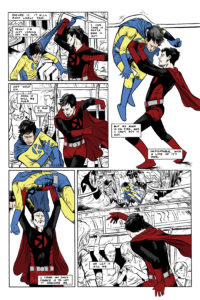 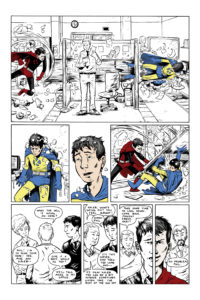 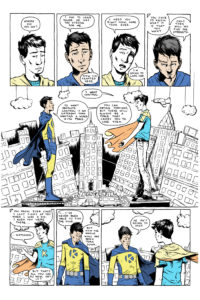 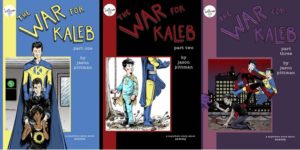