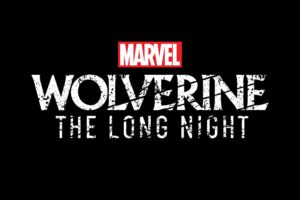 The “Wolverine: The Long Night” story is a captivating hybrid of mystery and the larger-scale fantasy of the Marvel Universe. It follows agents Sally Pierce (Celia Keenan-Bolger) and Tad Marshall (Ato Essandoh) as they arrive in the fictional town of Burns, Alaska, to investigate a series of murders and quickly discover the town lives in fear of a serial killer. The agents team up with deputy Bobby Reid (Andrew Keenan-Bolger) to investigate their main suspect, Logan (Richard Armitage). Their search leads them on a fox hunt through the mysterious and corrupt town.

The process behind the making of “Wolverine: The Long Night” brings Marvel’s storytelling expertise into the podcasting world, breaking new ground for the medium. To provide listeners a sense of immersion into the story, outdoor scenes will be recorded in realistic-sounding locations including forests and a cabin. In the studio, actors will be recorded in an ambisonic — or fully surround-sound — environment, allowing them to move, interact with one another and fully inhabit their characters.

“‘Wolverine: The Long Night’ brings our fans a whole new way to experience our iconic characters and the Marvel Universe,” said Dan Silver, vice president, head of platforms and content for Marvel New Media. “This tremendous cast will bring a thrilling level of intrigue and drama to our listeners. The character of Logan and this landscape make it the ideal premiere vehicle for us, and we’re excited to continue to explore the dynamic possibilities of the podcast medium.”

“Podcasting is an incredible, intimate medium that’s perfect for telling stories, and I can’t think of a better partner with whom to push the boundaries of scripted podcasts than Marvel,” said Erik Diehn, CEO of Midroll Media, a podcast industry leader and the parent company of Stitcher. “They make every translation of their rich universe of characters into new media fresh and interesting while still retaining the feel and spirit of the original comics, and, as a Marvel fan, I’m proud that we’ve helped them do it again in podcasting. The arrival of Wolverine and his many fans to podcasts and Stitcher is truly a signal that this medium is a major part of the American media landscape.”

Stitcher and Marvel have assembled a writing and production team of veterans from both the comic book world and the podcasting industry. “Wolverine: The Long Night” is written by award-winning comic book author Ben Percy (“The Wilding,” “Red Moon”) and will be directed by Brendan Baker (formerly a producer for Radiotopia’s “Love & Radio”). Chloe Prasinos (formerly a producer for Gimlet’s “Reply All”) will oversee sound design. The series is produced by Daniel Fink of Marvel and Jenny Radelet of Stitcher.

Marvel Entertainment, LLC, a wholly-owned subsidiary of The Walt Disney Company, is one of the world’s most prominent character-based entertainment companies, built on a proven library of more than 8,000 characters featured in a variety of media over seventy-five years. Marvel utilizes its character franchises in entertainment, licensing and publishing. For more information visit marvel.com. ©2017 MARVEL
About Stitcher

Stitcher is one of the world’s most popular podcast listening services, with a growing network of original content and a premium subscription service. Stitcher is the distribution arm of Midroll Media, a leading podcast company that is also home to the Earwolf network and its top-ranked comedy podcasts and the Midroll advertising network, representing over 300 of the world’s largest podcasts. With offices in Los Angeles, New York City, and San Francisco, Midroll was founded in 2010 and is a wholly owned subsidiary of The E.W. Scripps Company (NYSE: SSP