BOOM! Studios and The Jim Henson Company announce JIM HENSON’S THE DARK CRYSTAL: A DISCOVERY ADVENTURE, an oversized hardcover that offers fans an immersive, interactive experience based on the beloved film. Debuting May 2018, readers are invited to join Jen and Kira on a grand adventure through the world of Thra in their journey to restore the Dark Crystal. Help them find the missing shard, evade Skeksis, and heal their land in this stunning book, gorgeously illustrated by Ann Marcellino.

“I was first introduced to The Dark Crystal via a VHS tape my mother had bought when I was young. The artistry and fantasy nature of the film really stuck with me through the years,” said Marcellino. “I am beyond excited to be working on this book; there is nothing better than working on a project for something you love, and I am really grateful for the opportunity.”

Each page of JIM HENSON’S THE DARK CRYSTAL: A DISCOVERY ADVENTURE contains detailed artwork with hidden treasures waiting to be found as readers rediscover the magic of the film, with lush spreads that present Jim Henson and Brian Froud’s fantastical vision of Thra and the wonderful creatures that live there. The book also features bonus challenges that take viewers deeper into the enchanting landscapes, Crystal Castle, and Aughra’s Observatory.

“I hope readers will enjoy looking through the details of the illustrations and maybe even come out of it with a new appreciation for the Dark Crystal world,” said Marcellino.

JIM HENSON’S THE DARK CRYSTAL: A DISCOVERY ADVENTURE is the latest release from BOOM! Studios’ critically acclaimed Archaia imprint, home to popular series such as Mouse Guard by David Petersen; Rust by Royden Lepp; Bolivar by Sean Rubin; and Jane by Aline Brosh McKenna and Ramón Pérez. The imprint has an extensive history with The Jim Henson Company, having published books like the Eisner Award-winning Jim Henson’s Tale of Sand, Jim Henson’s The Power of the Dark Crystal, and the upcoming Jim Henson’s Labyrinth: Coronation comic book series in February 2018.

“Attention to detail and craft has long captivated fans of Jim Henson and The Dark Crystal, and Ann’s illustrations continue that tradition in stunning fashion,” said Cameron Chittock, Editor, BOOM! Studios. “The way she reimagines scenes and locations from the film is mesmerizing. It’s impossible to pore over the images just once.”

Print copies of JIM HENSON’S THE DARK CRYSTAL: A DISCOVERY ADVENTURE will be available for sale May 2018 at local comic book shops (use comicshoplocator.com to find the nearest one); booksellers including Amazon, Barnes & Noble, and Books-A-Million; or at the BOOM! Studios webstore. Digital copies can be purchased from content providers like comiXology, iBooks, Google Play,  and the BOOM! Studios app.

For continuing news on JIM HENSON’S THE DARK CRYSTAL: A DISCOVERY ADVENTURE and more from BOOM! Studios, stay tuned to www.boom-studios.com and follow @boomstudios on Twitter. 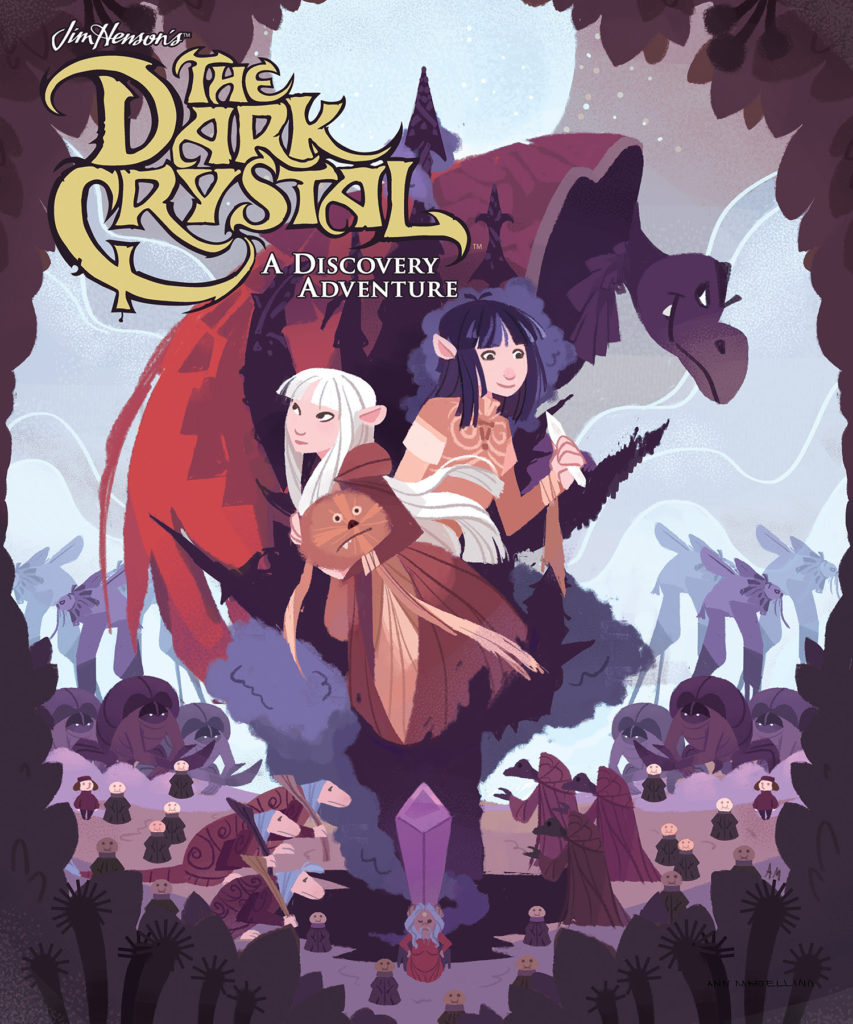