BOOM! Studios and Saban Brands announce POWER RANGERS: SHATTERED GRID, the first comic book event in the twenty-five-year history of the global pop-culture phenomenon. In celebration of Saban’s Power Rangers’ 25th anniversary, the epic event begins on March 21, 2018 with Mighty Morphin Power Rangers #25, by Kyle Higgins and Daniele Di Nicuolo, featuring events so shocking that the issue will be sealed in a black polybag to prevent spoilers!

“Call me sentimental, but I love anniversaries. Over the last two years, I’ve been weaving threads in the pages of Mighty Morphin Power Rangers, all leading to the 25th anniversary of the franchise,” said Kyle Higgins. “SHATTERED GRID is a massive Power Rangers event that’s both a celebration of the property and also the largest comics story I’ve ever tackled. Lord Drakkon’s plan is so much bigger than our Rangers, our world, and even our universe. The Grid is shattering, every Power Ranger in all of existence is at risk, and it’s going to take more than just the Mighty Morphin team to stand against Drakkon’s armies.”

“The key to incorporating Go Go Power Rangers into SHATTERED GRID was making the story integral to the event while never losing the personal stakes of the series—and we are doing that in a really exciting way,” said Saban’s Go Go Power Rangers writer Ryan Parrott, whose series joins the event in April with issue #9. “A fan-favorite Ranger from the future is going to arrive, searching for Drakkon—and end up dividing our team in a very personal way.  Thematically, Go Go has always been about examining the past in order to understand the future—and there’s no clearer way of doing that than smashing them into one another in real time.”

Print copies of Mighty Morphin Power Rangers #25 will be available for sale on March 21st, 2018 at local comic book shops (use comicshoplocator.com to find the one nearest you) or at the BOOM! Studios webstore. Digital copies can be purchased from content providers like comiXology, iBooks, Google Play, and the BOOM! Studios app.

“SHATTERED GRID has been something we’ve been planning from issue #0, with the singular goal of delivering the biggest Power Rangers story we could tell at BOOM! Studios,” said Dafna Pleban, Editor, BOOM! Studios. “If you think you know where this story is going, think again—we’re making sure each issue of SHATTERED GRID shows you something that no Ranger fan has seen before!”

“From the very beginning, it’s been a joy working with Kyle, Ryan, and the entire team at BOOM! Studios, which is culminating in this fantastic event,” said Brian Casentini, Executive Producer of the Power Rangers franchise. “All of us at Saban Brands are thrilled to be able to bring this fantastic story to Ranger fans all across the world.”

For continuing news on POWER RANGERS: SHATTERED GRID and more from BOOM! Studios, stay tuned to boom-studios.com and follow @boomstudios on Twitter. 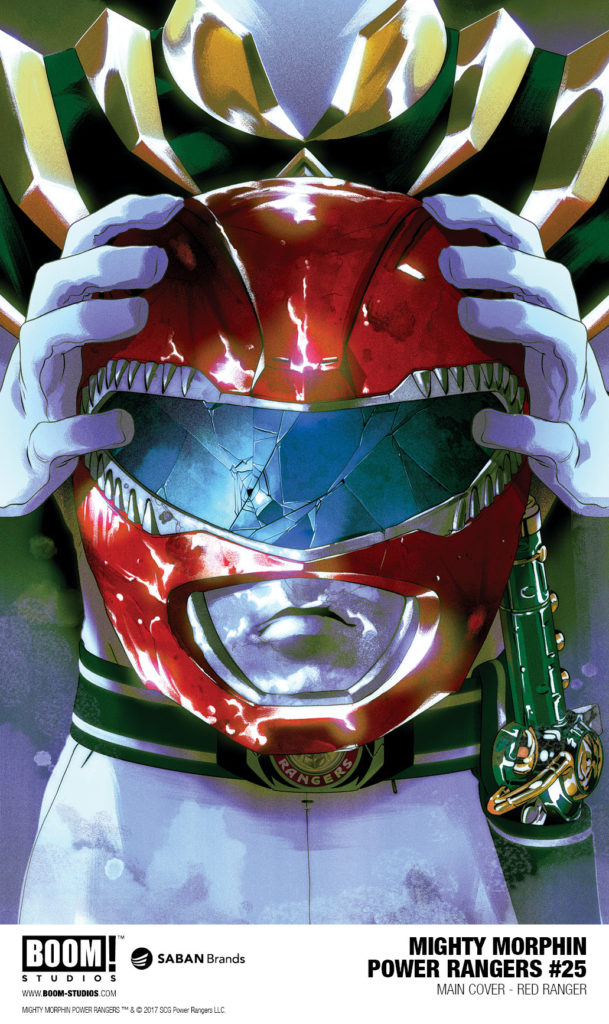 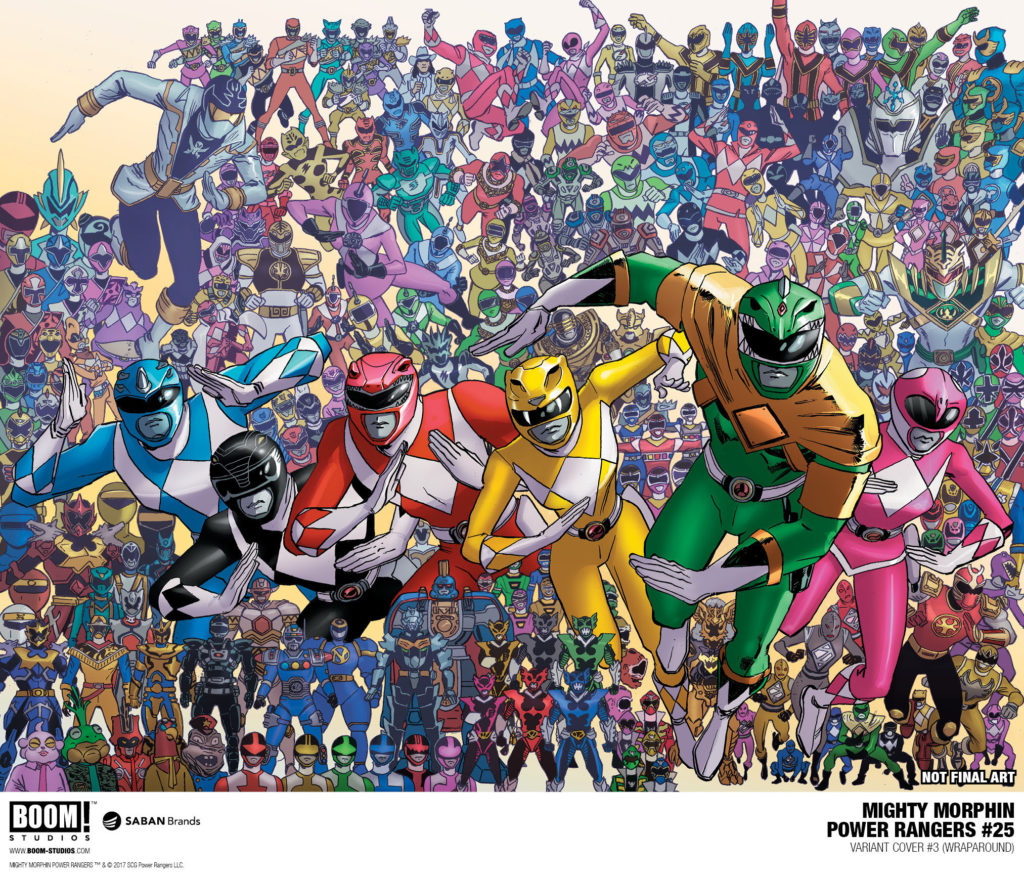 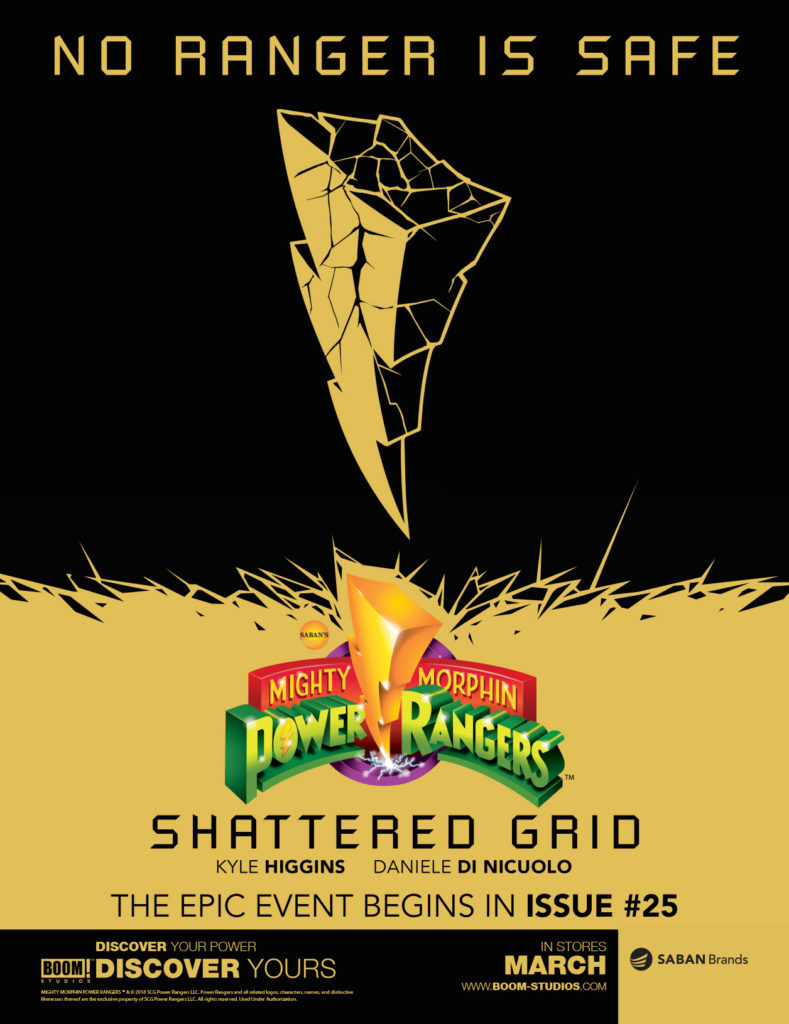