BOOM! Studios is excited to announce the first volume of NUCLEAR WINTER, a humorous, slice-of-life original graphic novel (OGN) coming May 2018 from cartoonist Cab about a young woman just trying to survive her twenties in Montreal—albeit a Montreal that’s been plunged into an eternal winter with radioactive snow, thanks to an accident at the local nuclear power plant that occurred nine years ago. Life goes on for folks like Flavie Beaumont, a mail courier on snowmobile who’s carved out a pretty normal life for herself despite mutant rivals, eclectic urban wildlife, and unrelenting meteorological events.

“I’ve always loved the more cartoony spin on nuclear energy, be it the Simpsons power plant, glowing radioactive ooze, or anything marked with the radiation sign,” said Cab. “But beyond the humorous sci-fi aspect of the story, I wanted to show the love-hate relationship Montrealers have with their winter. Most people who hear the premise of a never-ending winter get weak in the knees at the thought!

“In the end, it’s all about a slightly off version of where I live—with an extra few feet of snow and a few glowing clouds!”

“I’m a massive fan of Canadian cartoonists, and Cab’s work on NUCLEAR WINTER is gorgeous, engaging, and entertaining, with plenty of regional charm and character, along with a healthy helping of pure joy,” said Shannon Watters, Editor, BOOM! Studios.

Print copies of the English-language debut of NUCLEAR WINTER Volume One will be available for sale May 2018 at local comic book shops (use comicshoplocator.com to find the nearest one); booksellers including Amazon, Barnes & Noble, and Books-A-Million; or at the BOOM! Studios webstore. Digital copies can be purchased from content providers like comiXology, iBooks, Google Play,  and the BOOM! Studios app.

For continuing news on NUCLEAR WINTER Volume One and more from BOOM! Studios, stay tuned to www.boom-studios.com and follow @boomstudios on Twitter. 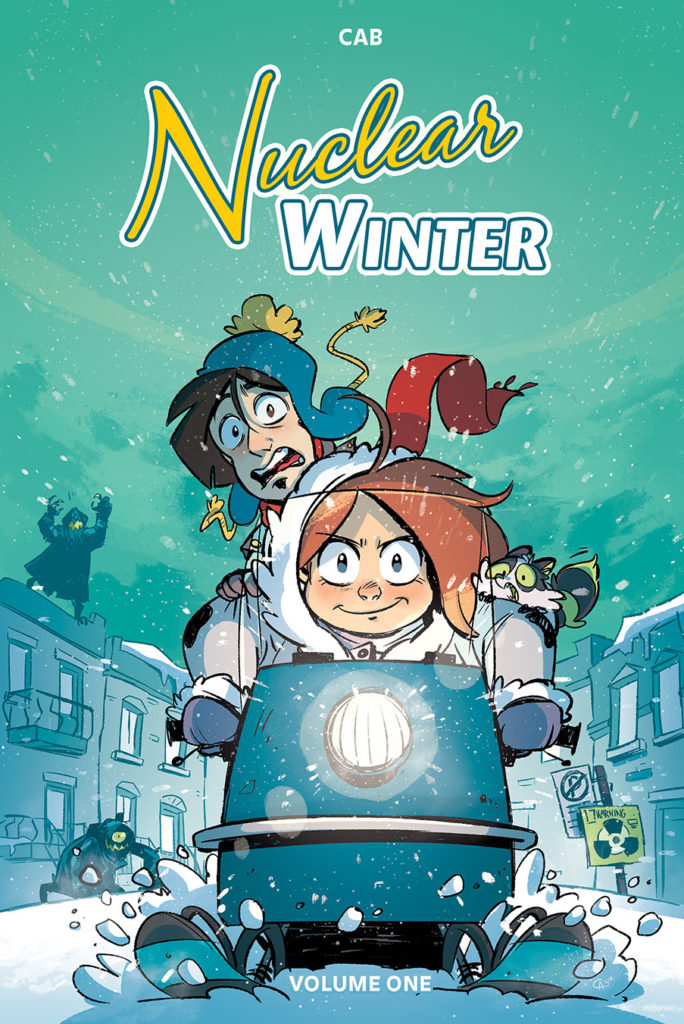