Eric
Comic News, Dynamite Entertainment, TV
Comments
Dynamite Entertainment is proud to announce the ultimate Battlestar Galactica series that’s been nearly 35 years in the making – The Classic Battlestar Galactica team Vs. the New ones from Ron Moore and Sy Fy Channel!  THE crossover project bringing together the continuities of both the classic 1978 and reimagined 2003 BSG series.
In the new Battlestar Galactica miniseries, the discovery of Kali – the last of the reptilian parent race that created the Cylons – serves as the catalyst for a face-to-face meeting between the crews serving Commander Adama (including Apollo and Starbuck, three characters immortalized on the small screen by actors Lorne Green, Richard Hatch, and Dirk Benedict, respectively) and Admiral William Adama (of the 2003 Reimagined BSG series, as played by Edward James Olmos). Sparks will fly as Lee Adama, Kara Thrace, and their fellow Viper pilots meet their strangely familiar counterparts… and discover the threat that two colliding universes of Cylons pose!
“A crossover between the two versions of BSG is an idea that’s been pursed several times before (and no wonder! How could you not want to see this happen?), but never came together for various reasons,” says Matt Idelson, Senior Editor. “I’m lucky to get to be a part of this adventure, and to work with a writer whose work I’ve admired since before I was in the business. In addition to the wonderful sense of mystery and awe that Peter’s bringing to the story, the level of humanity as the two crews meet is wonderful. I can’t wait for folks to see this book.”
Peter David says, “With all deference to Star Trek, Firefly… hell, even Space Cases… I firmly believe the recent Battlestar Galactica series is the best SF series ever. And in reviewing the original series for the first time in decades, I was amazed at how it held up far better than I ever could have believed. Forty years away from it being dismissed as a Star Wars rip-off, the first BSG had a style, story, and characters all its own and deserved far more than the truncated run it received. So I am thrilled to have the opportunity to be a part of this truly historic meeting, which was indeed set up in the new series: All of this has happened before, and it will happen again.”
One of the cornerstones of their publishing line, Dynamite Entertainment has been developing Battlestar Galactica comic books since 2006, focusing on each incarnation of the franchise from the classic continuity of the 1978 television series, to the Galactica 1980 follow-up, and finally to the reimagined series aired on Syfy from 2003 through 2009.
“Peter David is one of the most talented writers our industry has ever had.  He has written super heroes, sci fi, prose and so much more.  I have been a huge fan of Peter’s going back to his first comic work from the classic Spider-Man story, ‘The Death of Jean De Wolff,’ and his prose novel Knight Life and then his historic run on The Incredible Hulk,” says Nick Barrucci, CEO and Publisher of Dynamite Entertainment. “He’s an exceptional talent who brings sympathetic humanity to even the most far-flung, cosmic adventures. Finally, the right project has come along, and we’re humbled that Peter has graciously accepted the epic task of teaming up the two generations of Battlestar Galactica. Fans will go wild when they see how this senses-shattering story unfolds!”
Peter David is a prolific author whose career, and continued popularity, spans nearly two decades. He has worked in every conceivable media: television, film, books (fiction, non-fiction, and audio), short stories, and comic books, and acquired followings in all of them. In the literary field, Peter has had over fifty novels published, including numerous appearances on the New York Times Bestsellers List. His comic book resume includes such varied and popular titles as Supergirl, Young Justice, Soulsearchers and Company, Aquaman, Star Trek, The Phantom, and many others. In TV and film, David’s creative credits include Space Cases, Babylon 5, two Trancers films, and Oblivion, to name a few. David has earned multiple awards for his work, including a 1992 Eisner Award, a 1993 Wizard Fan Award, a 1996 Haxtur Award, a 2007 Julie Award, and a 2011 GLAAD Media Award.
The David-helmed Battlestar Galactica project will be solicited in Diamond Comic Distributors’ Previews catalog, the premier source of merchandise for the comic book specialty market, and slated for release this Fall. Comic book fans are encouraged to reserve copies with their local comic book retailers. Battlestar Galactica will also be available for individual customer purchase through digital platforms courtesy of Comixology, Kindle, iBooks, Google Play, Dynamite Digital, iVerse, Madefire, and Dark Horse Digital. 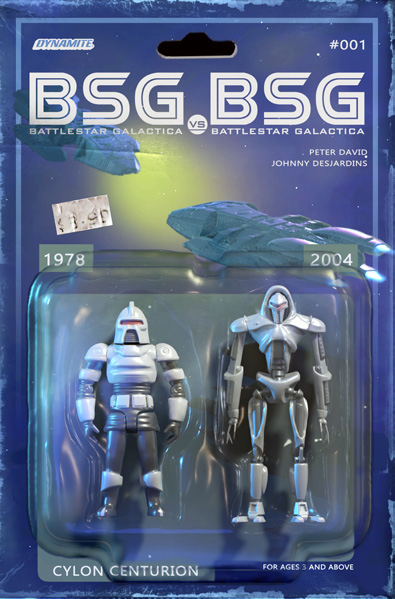 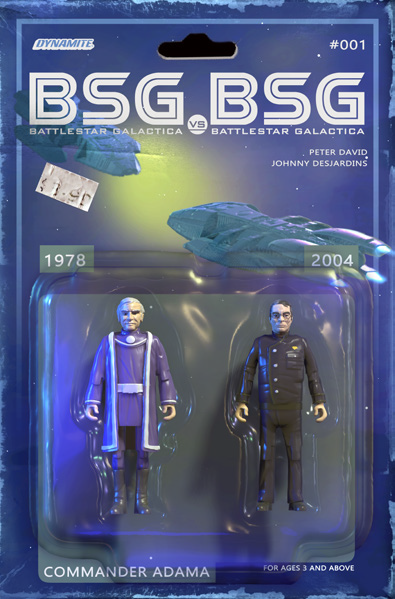 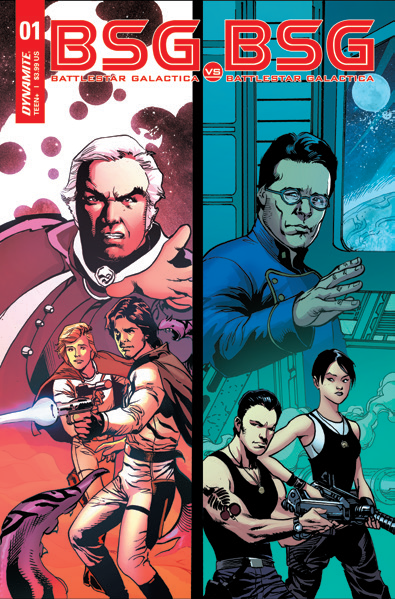 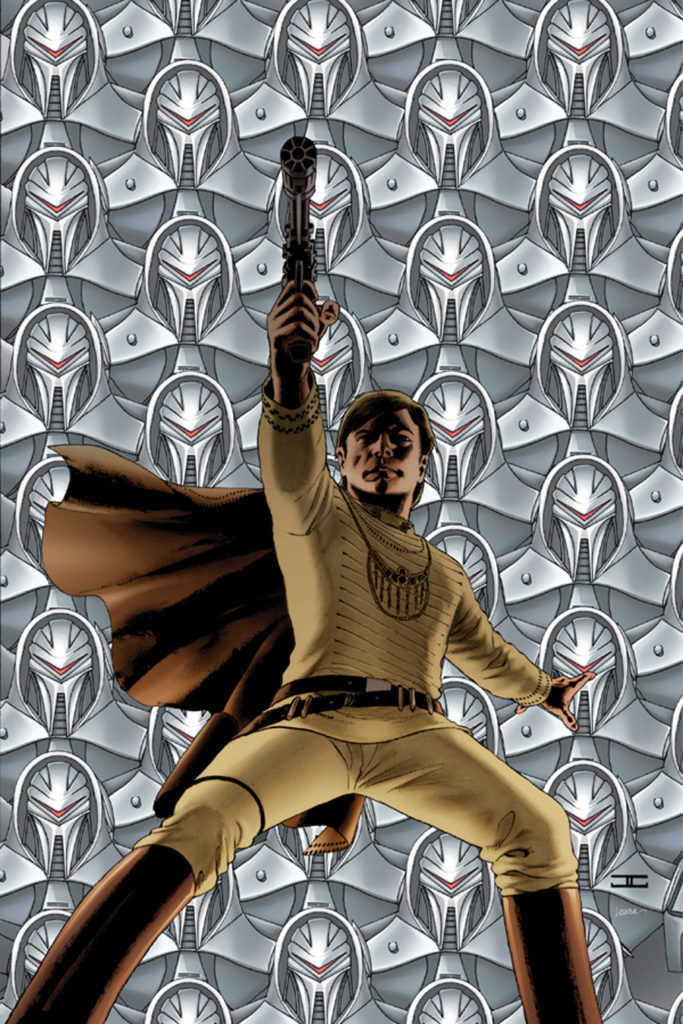