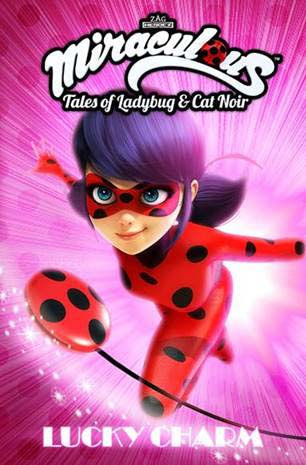 The tales of Ladybug and Cat Noir continue! This comic book version of MIRACULOUS: TALES OF LADYBUG & CAT NOIR features episodes from the Zag Entertainment show. Despite being the fifth volume, fans of the show and new readers can easily follow along with these three stories. MIRACULOUS is about Marinette and Adrien, two seemingly “ordinary” students who are really Paris’s greatest superheroes, Ladybug and Cat Noir.

In the first story, Marinette’s classmate Rose becomes Princess Fragrance and uses her perfume to make people do her bidding and capture a prince. Then Adrien’s fencing instructor turns into Dark Blade and transforms people into knights to take out his revenge on Mayor Bourgeois. Finally, a zoo keeper becomes Animan and causes an animal uprising to prove the panther’s superiority to an unsuspecting bully.

If you’re a fan of the show and you want to collect the episodes you saw on TV, this volume won’t disappoint! MIRACULOUS VOL. 5 LUCKY CHARM will be in comic book stores near you onOctober 4. Preorder the book with the Diamond item code AUG171070. 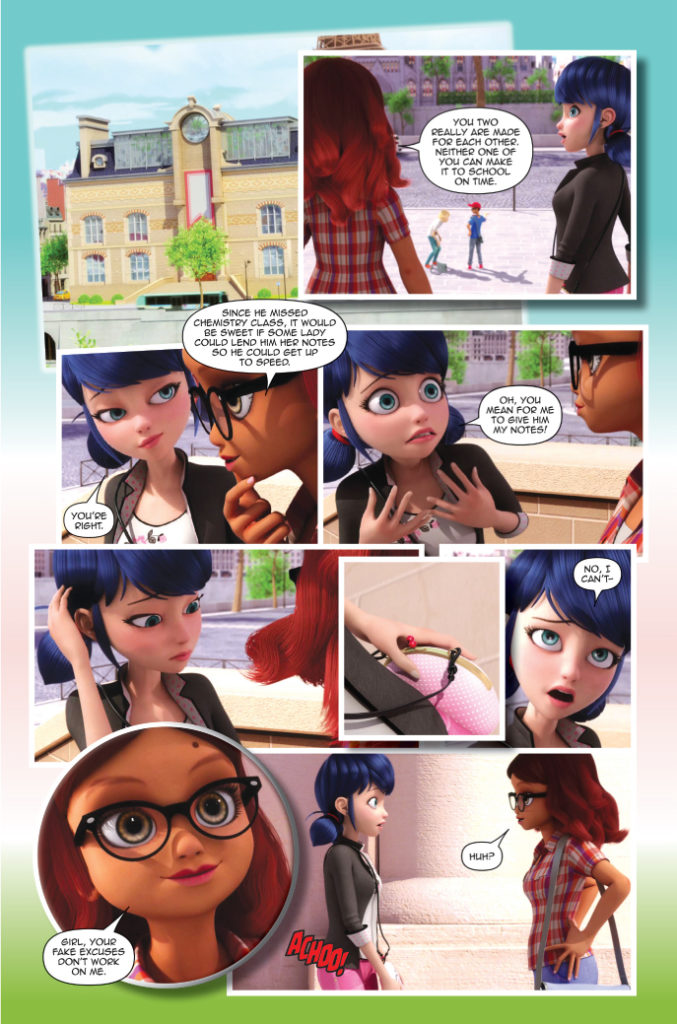 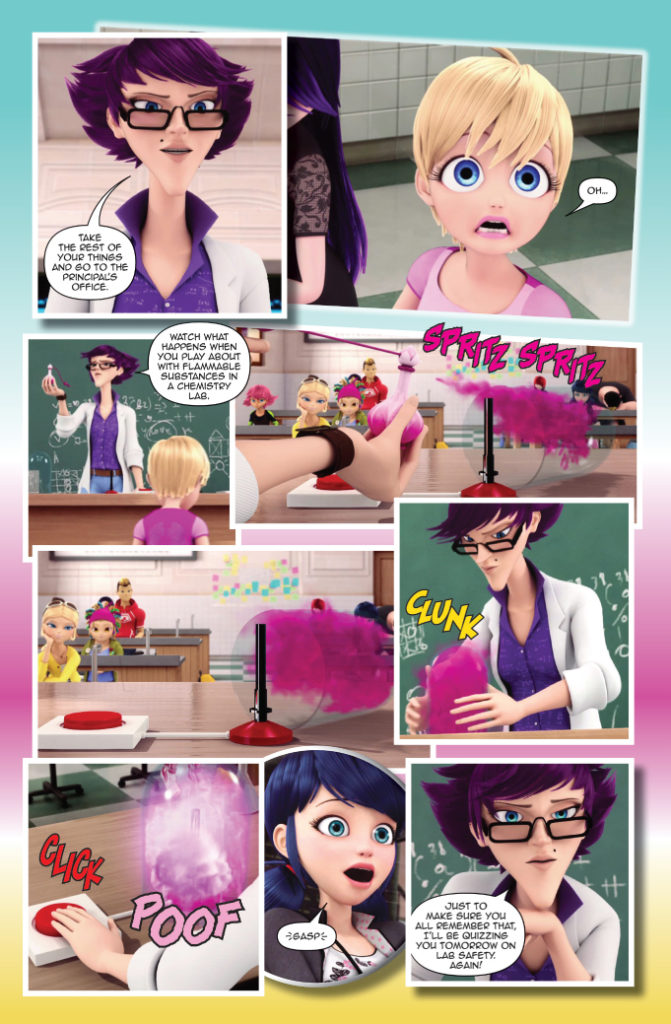 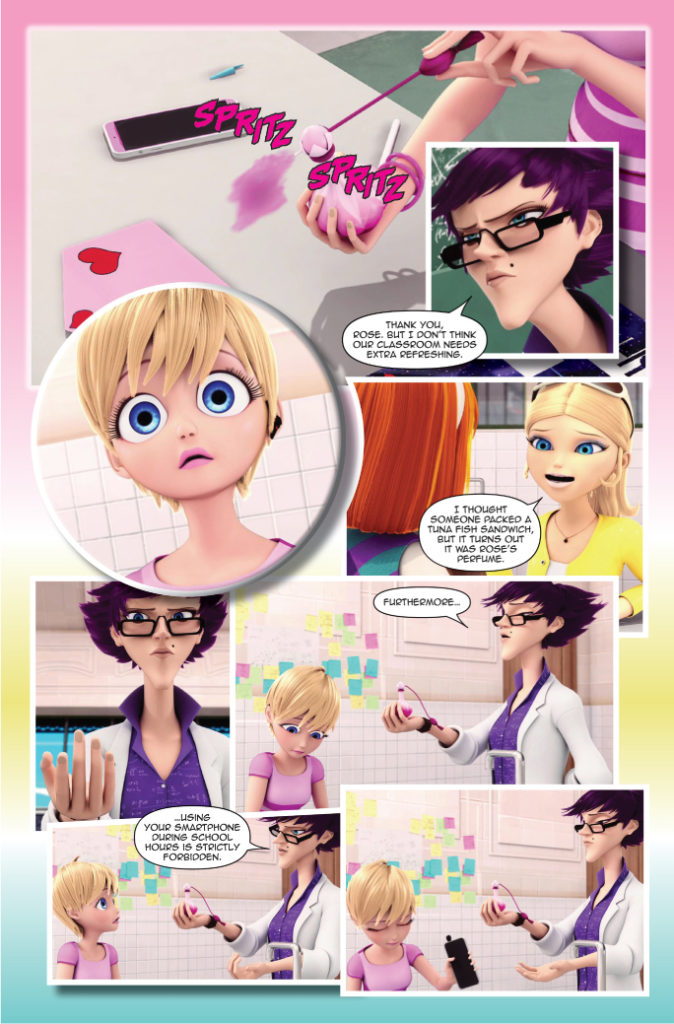 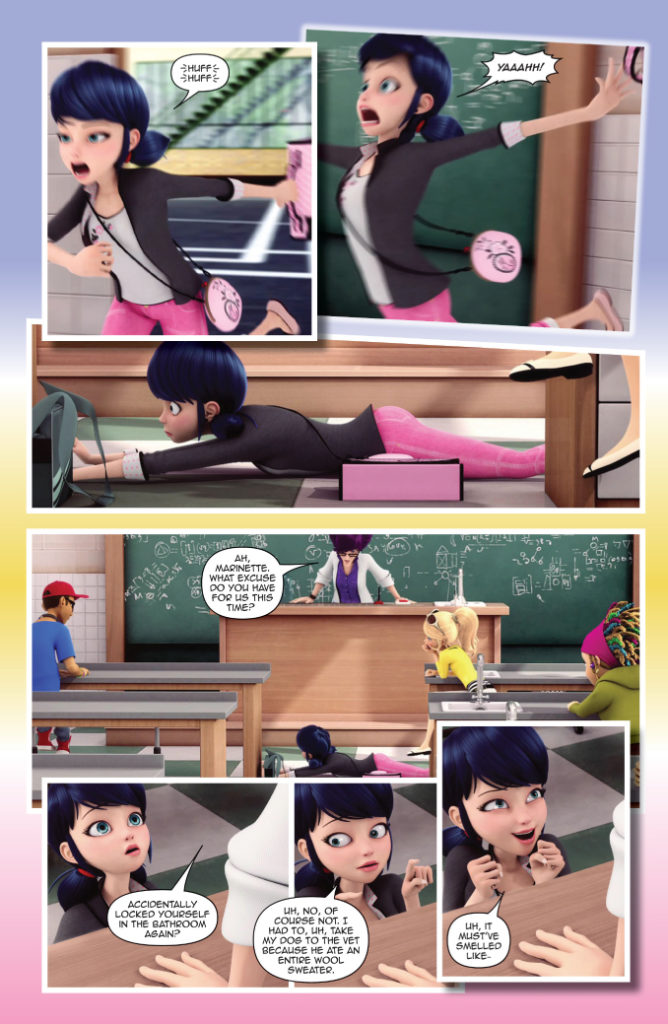 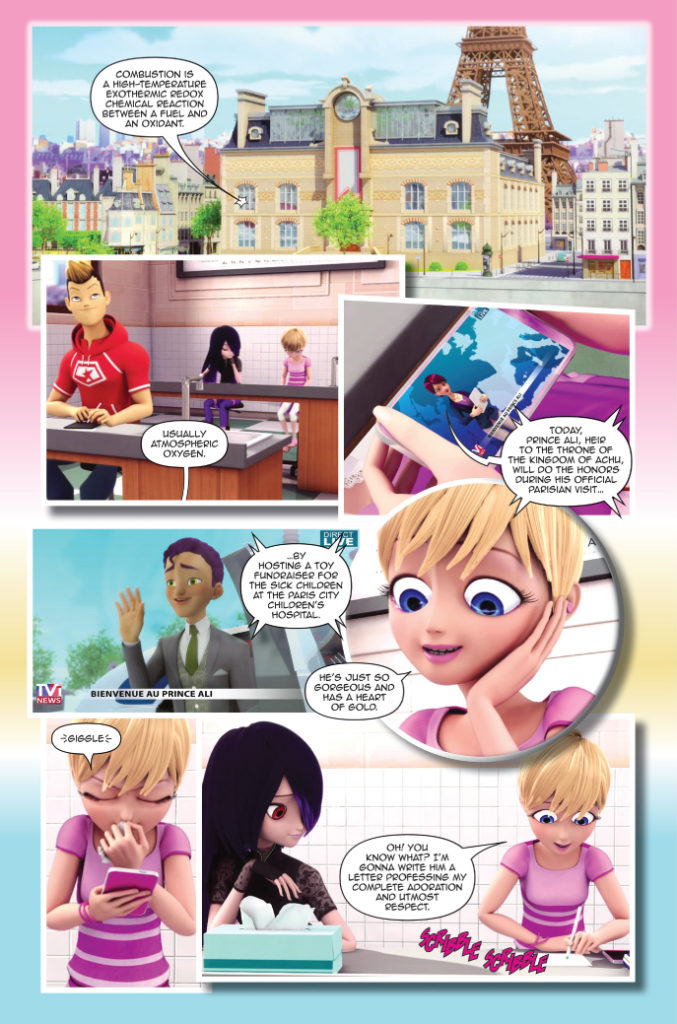 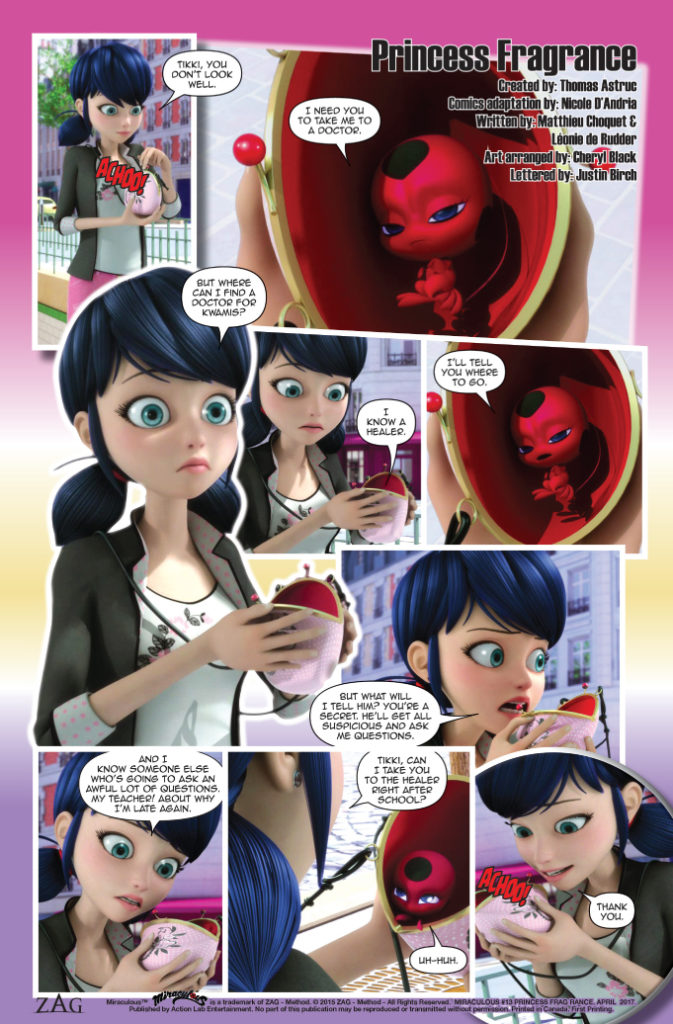