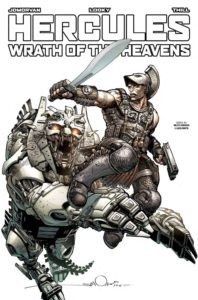 Ancient Greece meets Gears of War in this stunningly illustrated science fiction retelling of the Legend of Hercules by multi-award winning writer, Jean-David Morvan (Wolverine: Saudade)! As war rages across the galactic frontier one half-human, half-god super-soldier faces his greatest enemy – his own demons in a bid for truth and redemption.
———-

The mighty Hercules, champion of countless battles and already the subject of legend, has been judged for his sins. The Axiomatikas, cybernetic overlords ruling over humanity’s corner of the galaxy, have tasked him with reporting to the warlord Eurystheus to perform Twelve Labors. Hercules and Eurystheus have a history, with no love lost between the two, but neither has a choice in their association- the Axiomatikas have spoken. To that end, Hercules’ first mission is to go to the planet Nemea where he will confront and destroy a mechanical monstrosity that has been slaughtering whole families across the planet’s surface. Herc may not be happy about working for Eurystheus, but he’s still enough of a hero to know that the Nemean Lion needs to be put down.

But what will Hercules do when learns the story behind the Lion?

The Greek myths have always interested me. It shouldn’t really come as a shock, given my long time love of comics and the heroes who populate them. When it comes down to it, our comic book heroes are nothing more than reimagined versions of many of the myths that came before them. Ancient myths, as related by word of mouth, scrolls, and stone tablets, are the progenitors of the modern comic book. Yeah, I’ve put some thought into this… might just be the result of an idle mind working to justify a vice, but I’m sticking to it.

Whether or not you subscribe to my spin on it, there’s no doubt that French comic author Jean-David Morvan has adapted the essential elements of the classic story of Hercules, that of the Twelve Labors, and created a rock solid piece of science fiction. The foundation is there: a flawed hero battling against the odds to achieve redemption; oppressive overlords holding power over the weak; the ruthless antagonist committing atrocities for reasons which, from its perspective are wholly justified. It can’t be easy to distill all of the literary essentials into a comic format which has to convey its story in a comparatively brief framework. Morvan does it here, and he more than does justice to the source material.

Morvan’s writing is backed up by the phenomenal art work of Looky & Olivier Thill. And this is Art in every sense of the word that matters. It’s a semi-realistic style, and in their work you can see the mark of every battle Hercules has fought and won… no one gets out of a real fight without scars both physical and emotional, and Hercules has fought and suffered losses. It’s in those fine details that the illustrations really impressed me. The scars, the lines around a given character’s eyes, and the incredible work put into the story’s mechanical creatures. Some artists can get carried away with rendering that kind of tech, and the effect can be confusing for the reader. Not so here. The Nemean Lion, as one example, has more than enough detail to keep anyone occupied. But it doesn’t take over the page or overshadow the other elements of the story. The whole effect is just impressive as hell.

Fans of sci fi action, the legends of Hercules, and reimagined myths should pick this title from Titan Comics right up. Go to your local comic shop now. Hercules: Wrath of the Heavens deserves a place of honor on any book shelf. 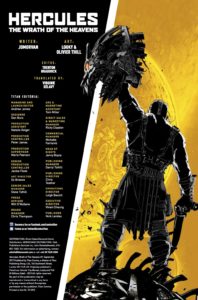 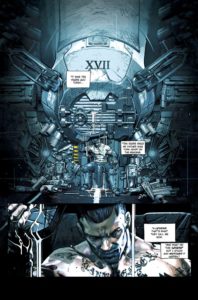 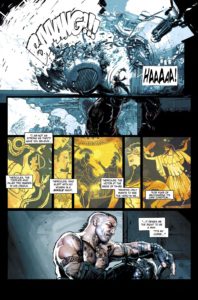 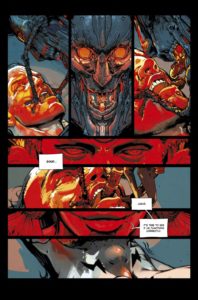 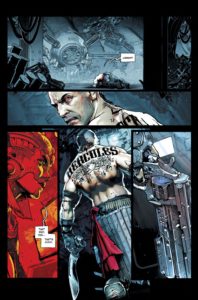 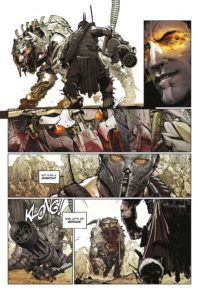 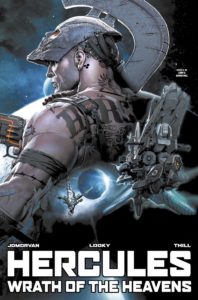 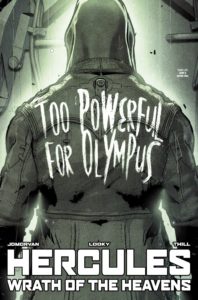