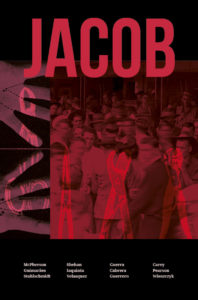 Every day is the worst day of someone’s life.

Tom’s in trouble. Someone has his daughter and they won’t let her go unless he robs a bank. At least that’s what he’s telling the cops…

For a junkie, Emily seems to have things figured out. But when her money runs out she soon learns just how low she’ll sink to get her fix…

Zoe is missing and her mum is going out of her mind, sure it might be nothing but when a strange parcel arrives her worst fears are confirmed…

Let me just start out by saying that Jacob is horrific. It’s supposed to be, and it’s guaranteed to put some people off. It’s graphic, it’s violent, and it’s ruthless. Go figure, it’s a story in which each chapter serves as a piece of a puzzle, and when all the pieces are put together the picture we’re given is the life of a serial killer.

His name is Jacob.

Jacob was a little off from the start, not at all like other kids. We’re shown that pretty plainly in the first chapter, “Kidnapped”, in which Jacob and two other children have been taken for ransom. While the other two are suitably terrified of their captors, cold and ruthless men in their own right, Jacob just sits and stares, his eyes locked on one of the abductors. Even when the man cuts off one of Jacob’s fingers, to give some incentive for his parents to pay, the boy just sits and stares in cold and stony silence. In the end, it turns out that these two picked the wrong kid to nap, and they pay for it.

Some mistakes you only make once, right?

From there, we’re treated to a series of vignettes that at first seem a little random, but as every piece falls into place, the story comes just a bit more into focus. Jacob may have started the story as a victim- arguably, sure- but that was just a beginning. Each subsequent chapter shows Jacob evolving into “the Fingerman”, always eluding capture and always playing a game of his own invention. Through a series of cause and effect encounters, there isn’t anyone crossing Jacob’s path, whether they’re aware of it or not, who doesn’t come away from the meeting scot-free.

What’s almost as impressive as the violence that’s shown on the page is what isn’t. My hat is off to Jed McPherson for his decision to lay things out a little more haphazardly; to leave certain plot points dangling just out of easy reach. Far easier, and safer, as a writer to move your plot from point A to B, on to point C, and predictably ending up at D. McPherson makes a reader work for it just a little bit harder, hiding some important points, and then either sliding them back into the mix when you’re not paying attention, or just leaving things vague enough to make you go back to find what you might’ve missed. I’m not ashamed to admit it… there were a couple points that left me scratching my head and wondering what the hell just happened. It’s either a writer taking a risk and deliberately muddying the waters to reflect the subject matter being written- in this case a life in the mind of a serial killer- or it was just a happy accident.

I’m also willing to cop to the possibility that I just missed something and should maybe stick to more linear reading material.

However you want to look at it, Jacob is absolutely not going to be something that everyone will get into. Although, if you’re a fan of the Hannibal Lector series of movies, books, and television show, you might want to consider giving this one a try. If the sick and twisted holds no interest for you, then you should absolutely move on to something a little more bright and cheery. The beauty of reading independent comics is that there really is something out there for every taste. Sometimes you just have to have to nerve to dig deep and find it.

If you, uh, happen to run across a dude missing a finger, though… maybe with a glint of savagery in his eyes… my advice would be to move on and pray that he hasn’t noticed you. 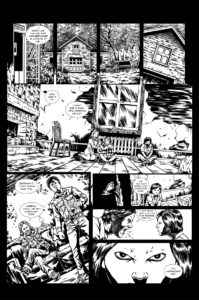 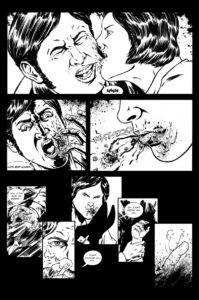 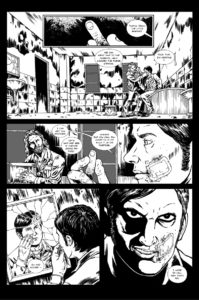 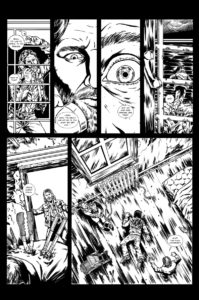 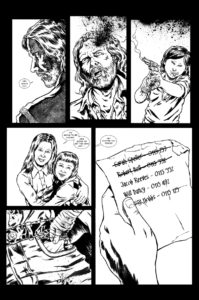 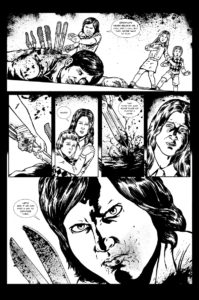