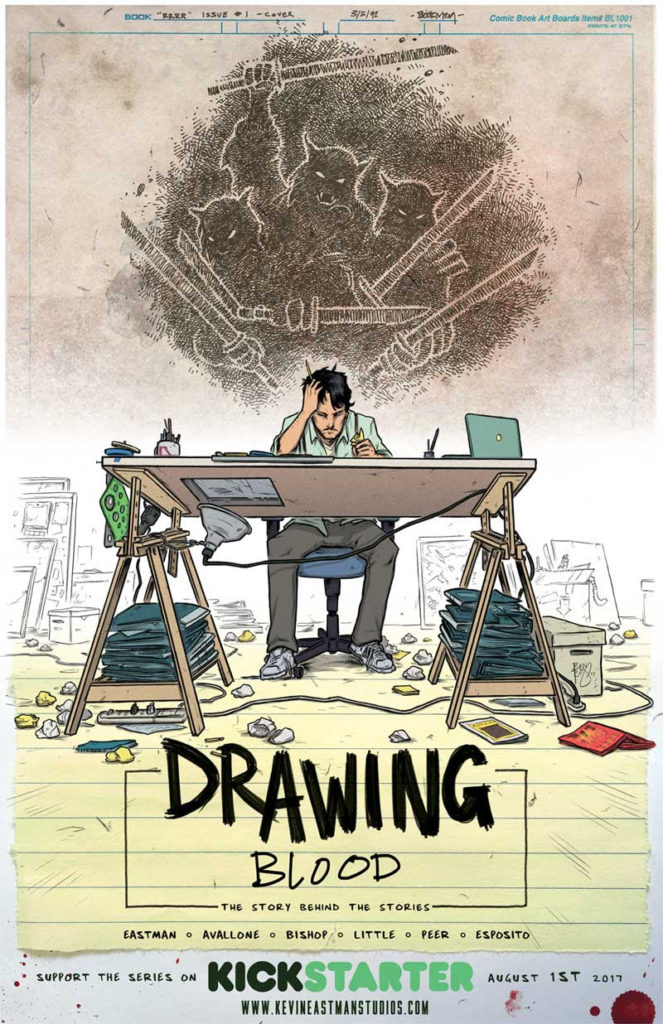 THE STORY BEHIND THE STORIES

Who is Shane Bookman?

In 1992, Shane “Books” Bookman, and his brother Paul, released their scrappy indie creation on the unsuspecting comic book universe: The Radically Rearranged Ronin Ragdolls.To their great surprise, everyone went wild for the adventures of three feline Katana wielding mutant cats, and a multi-million dollar franchise was born.

After more than a decade and a half of global success – comics/action figures/movies and just about anything else you could sell with a Ragdoll on it — the creators imploded. Too young and too naïve to know how to handle the sudden pressures of wealth and fame, they split up, and the franchise eventually sold.

Now “Books” is hitting his forties (hard), his money all gone, his artistic inspiration tapped out, and his very life in danger from the loan sharks his crooked business partner failed to tell him about before committing suicide. It’s hard enough to recover from a catastrophic encounter with the hit and run driver called “early success,” without having to worry about killers chasing you all over town.

Drawing Blood is a dark-comic-drama (dramadey?), the story behind the stories, a look inside the twisted life of a professional cartoonist. A roller-coaster of show biz and sex, fame and infamy, controlled substances and uncontrolled artists, genius and goons, this series takes you into the darkest corners of a mad world only talked about in the hotel bars of a Comic Con.

*Kevin Eastman is the Co-Creator of the Teenage Mutant Ninja Turtles and Publisher of Heavy Metal Magazine.

*David Avallone is a filmmaker and comic book writer. His comics work includes The Twilight Zone: The Shadow, Doc Savage: The Ring of Fire, and The Secret Diary of Betty Page.

*Ben Bishop is a comic creator/writer/artist behind, The Aggregate, Nathan the Caveman, Lost Trail and a cover artist for IDW’s TMNT series.

*Brittany Peer is the colorist of The Aggregate, IDW’s TMNT and BOOM studio’s Jonesy, and SLAM.

*Taylor Esposito is a lettering professional and owner of Ghost Glyph Studios, and his work includes Red Hood and the Outlaws, Babyteeth and The Sovereign.

Stay up to the minute, follow the countdown clock to the August first Kickstarter launch at: www.kevineastmanstudios.com