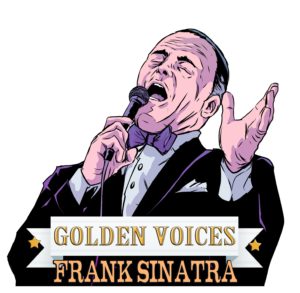 Experience the incredible life of Frank Sinatra as never before!
———-

So you think you know Frank Sinatra, do you? Then I think you should step right up and give this take on the life and times of “Ol’ Blue Eyes” a read. It starts out in Hoboken, New Jersey, December 12, 1915 with the singer/actor’s birth. Then the story takes a quick spin through his childhood, and the early days of a career that crossed boundaries from singing to acting and back again. From there the ride gets a little more interesting as a few creative liberties are taken to flesh out some of the lesser known facts about the man with the Golden Voice and the impact he had on the world of entertainment… and beyond.

Not a fully biographical account of a life well lived, “Golden Voices” is more of a fictionalized account of Sinatra’s life. Not something you’re gonna see on A&E or the Biography Channel by any means, but more a work of historical fiction. This book could possibly be compared to such works of speculative fiction as: The Memoirs of Cleopatra by Margaret George; Conqueror by Conn Iggulden; and maybe even What If… by Isaac Asimov.

That Sinatra’s life may not be strictly adhered to in this book is less important than how Petz has portrayed a life that was, by any accounting, much more than ordinary. I think it’s very safe to say that by the time you’ve finished “Golden Voices”, it would be a little easier to see how the man known as “The Chairman of the Board” was able to carve out his own kingdom in the often cruel world of entertainment and beyond. Take, for instance, Sinatra’s leap from singing to acting. While many performers can lay claim to holding credits in both entertainment industries, they haven’t all had the level of success that Sinatra had. In truth, the acting roles that Sinatra almost had are as much a testament to those that he did (if it weren’t for some medical restrictions, Sinatra would have portrayed “Dirty” Harry Callahan, not Clint Eastwood).

Rest assured, “Golden Voices” by Matthew Petz is by no means “just another boring biography”. I can guarantee that as familiar with the life of Frank Sinatra as you may be, this speculative work of fiction will open your eyes to the infinite possibilities. It is very much worth your time. Give it a look, and then do me the favor of getting back to me to let me know what you thought. 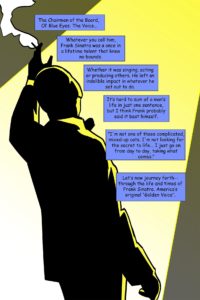 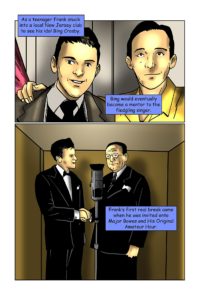 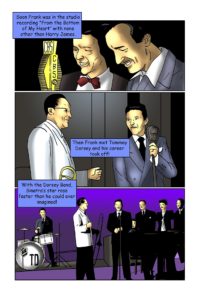