Eric
Comic News, Pullbox Previews, Valiant
Comments
“With the launch of X-O MANOWAR (2017) earlier this year, we challenged ourselves to completely redefine Valiant’s approach to covers and variants – from trade dress and logo designs to cover concepts on up,” said Valiant CEO & Chief Creative Officer Dinesh Shamdasani.  “That resulted in several innovations that have quickly taken hold amongst fans and collectors, and now we’re refining the process even further for the launch of BLOODSHOT SALVATION #1 – Valiant’s most important series of the fall and a truly heart-wrenching introduction to Jeff Lemire’s Eisner-nominated run on the character. From Neal Adams to Dave Johnson, BLOODSHOT ICONS might just be our of heaviest hitting artistic roster to date – and we have some even more stellar surprises yet to be revealed…”

Attention retailers: For instructions on how to qualify for each of BLOODSHOT SALVATION’s BLOODSHOT ICON variant covers, please refer to the Diamond Retailer Site or contact a Valiant sales representative directly at sales@valiantentertainment.com.

A bloody and vengeful new beginning for Jeff Lemire’s Eisner Award-nominated Bloodshot saga begins this September as Ray Garrison escapes his violent past to build the one thing he never thought he’d earn: a family. But when a hateful secret from his true love’s past threatens their fragile peace, Bloodshot will be forced to run headlong into a barrage of blood, bullets, and broken bones for a revenge-fueled assault that will have crushing consequences for those he holds most dear…

Now: In the arms of his beloved girlfriend Magic, Bloodshot has finally found hope for the future…in the form of the couple’s unborn child. But when Magic’s estranged family – a cruel and sadistic clan of homegrown criminals – re-emerge to lay claim to their lost daughter, Bloodshot will be pushed back to the brink of madness, mayhem, and warfare…

Soon: Eight years from today, Bloodshot’s daughter has inherited her father’s incredible abilities. Hunted by a high-tech kill squad called Omen, Jessie must hone her powers…and learn how to survive before the world is swallowed whole by the darkness that now pervades America…

Out of the record-setting success of X-O MANOWAR (2017) #1 – the year’s highest selling new series launch from any independent publisher – and the near-universal critical acclaim surrounding the recent release of SECRET WEAPONS #1 (of 4), the next great Valiant ICONS launch of 2017 starts here on September 20th in BLOODSHOT SALVATION #1, an epic new beginning and essential jumping-on point for Valiant’s unstoppable soldier! Across 2017, look for FAITH AND THE FUTURE FORCE #1 (of 4), WAR MOTHER #1 (of 4), ETERNITY #1 (of 4), NINJA-K #1 and QUANTUM AND WOODY! (2017) #1 to join the ICONS line-up with major new series as the largest independent superhero universe in comics gears up for a major leap forward.

On September 20th, Bloodshot charges back into the world of violence and cruelty that created him…and comes face-to-face with his greatest adversaries yet! Jeff Lemire, Mico Suayan, and Lewis LaRosa turn the Valiant Universe on its head for the next great act to one of comics’ most celebrated action epics, only in BLOODSHOT SALVATION #1 – featuring covers by Kenneth Rocafort (The Ultimates), Monika Palosz (DIVINITY III: STALINVERSE), Tomas Giorello (X-O MANOWAR), Ryan Bodenheim (The Dying & The Dead), Greg Smallwood (Moon Knight), and Dave Johnson (100 Bullets)!

Released monthly, each PRE-ORDER EDITION comes packed with eight additional pages of specially expanded bonus content and extra features including creator commentary, behind-the-scenes looks at the creation of the comics, process character designs and artwork, and more at no additional cost!

PLUS: Fans that order this one-time bundle by July 27th, 2017 will also receive the BLOODSHOT SALVATION #1 RAMPAGE REDUX – a FREE, LIMITED EDITION, and FULL-LENGTH COMIC BOOK – polybagged alongside the series’ first pre-order edition! Featuring the raw, black-and-white interior artwork of powerhouse artists Lewis LaRosa and Mico Suayan, plus brand-new bonus features – including “Top-Secret Mission Reports,” “The Biology of Bloodshot,” “Bloodshot’s Body Count,” and “The Complete History of Bloodshot” – this expanded encore presentation of BLOODSHOT SALVATION #1 is available ONLY as a pre-order bonus and will never be offered for individual sale! 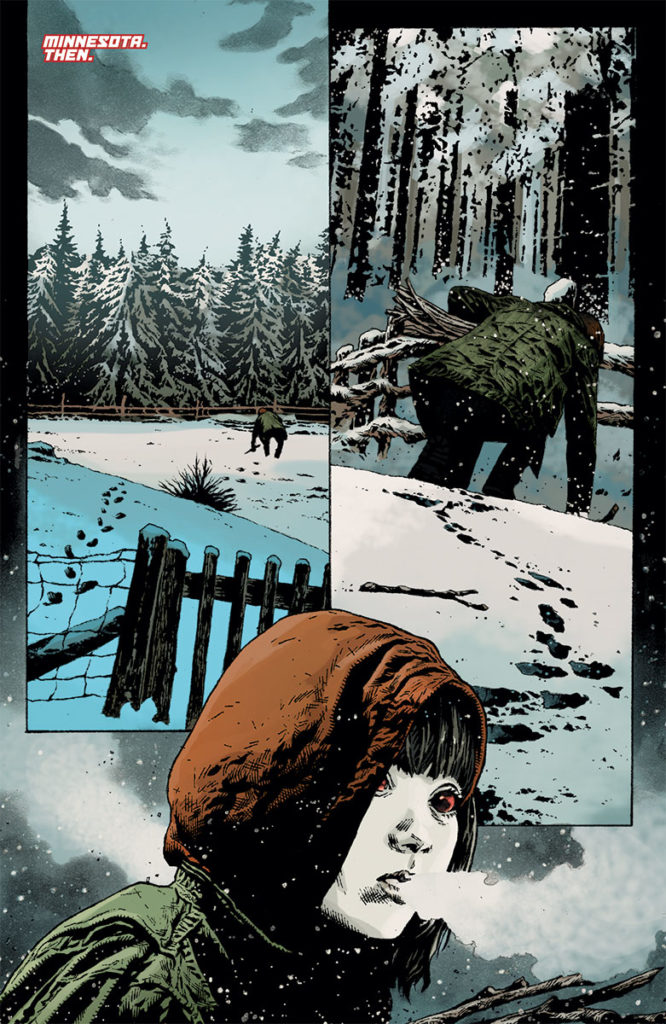 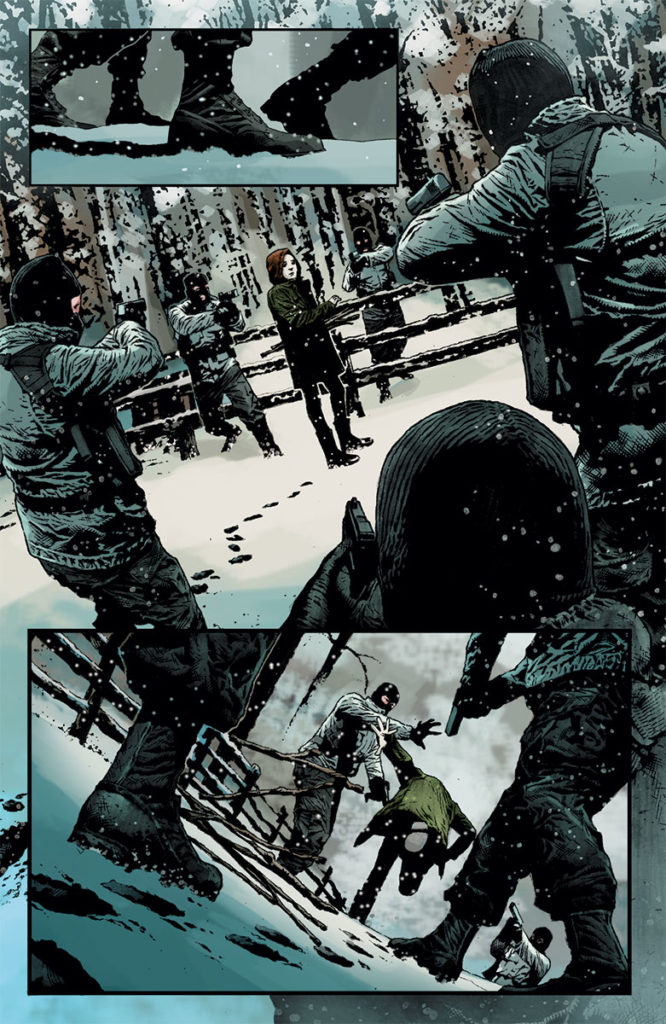 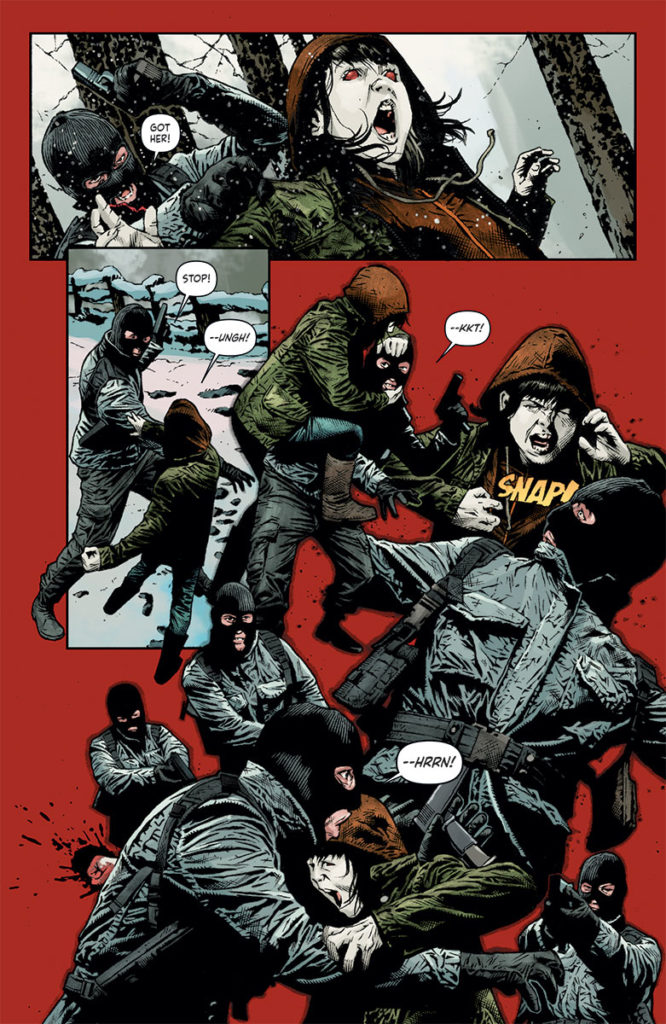 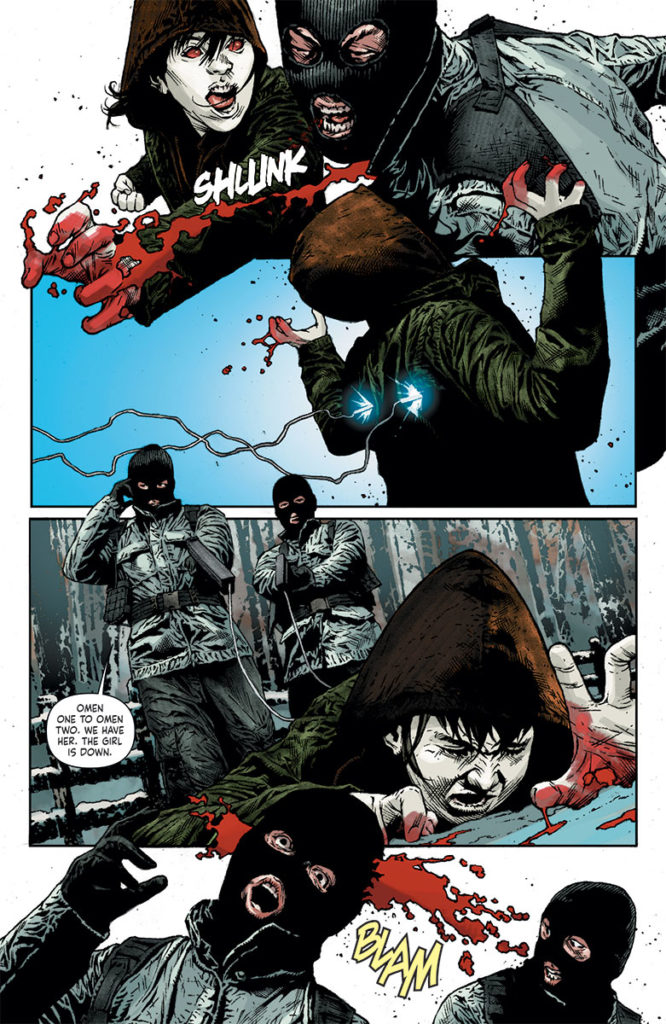 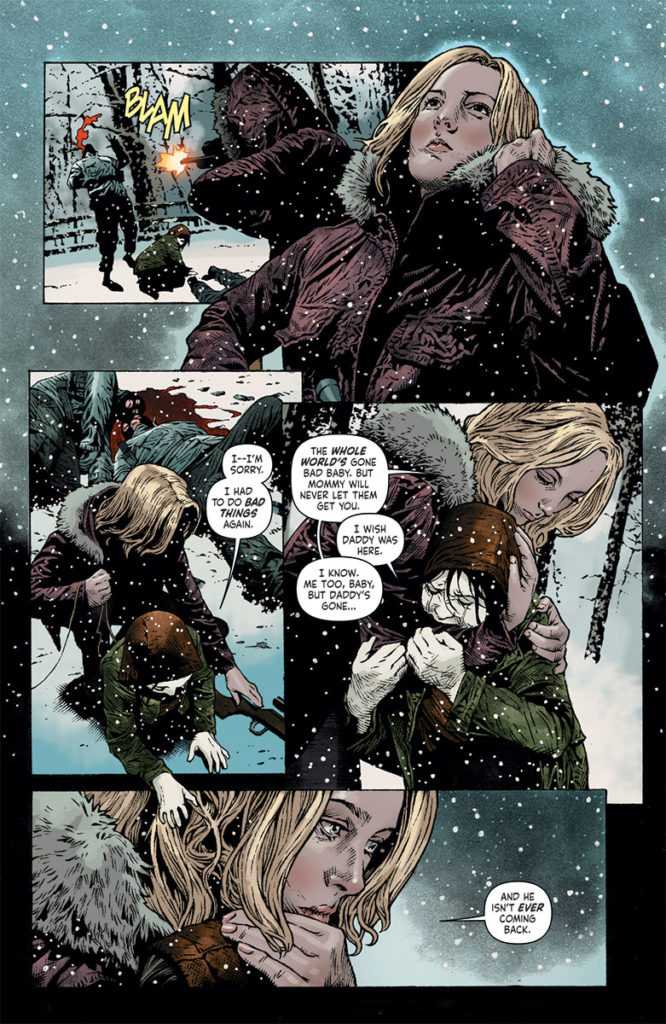 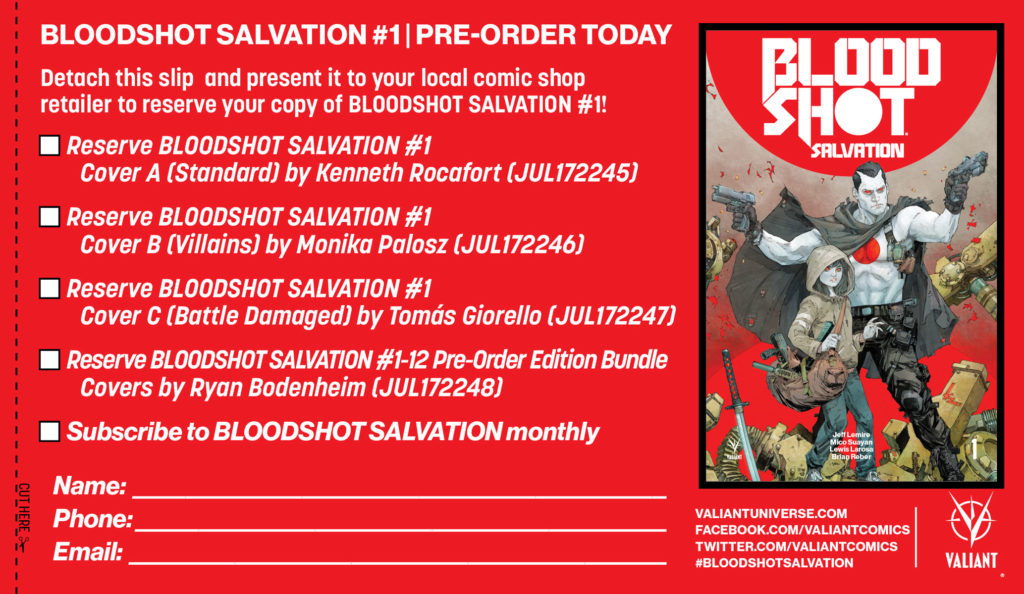 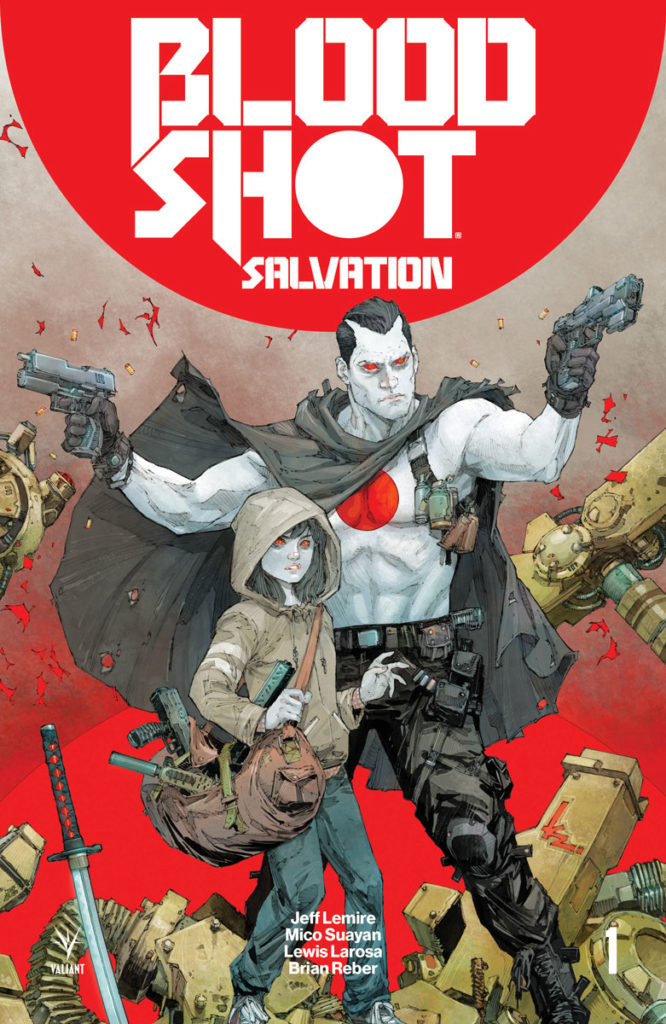 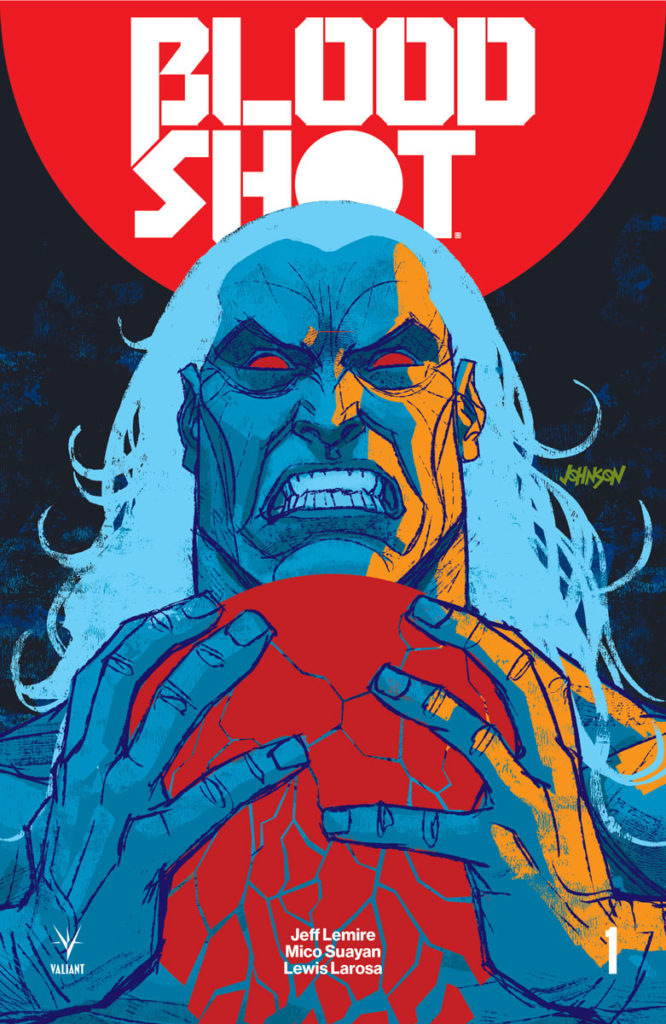 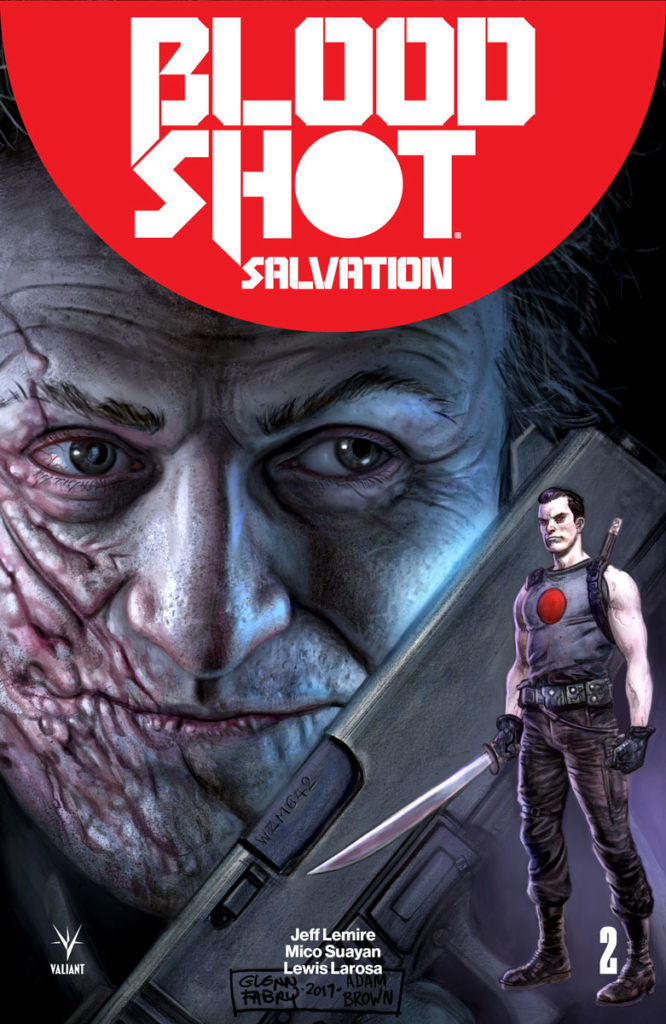 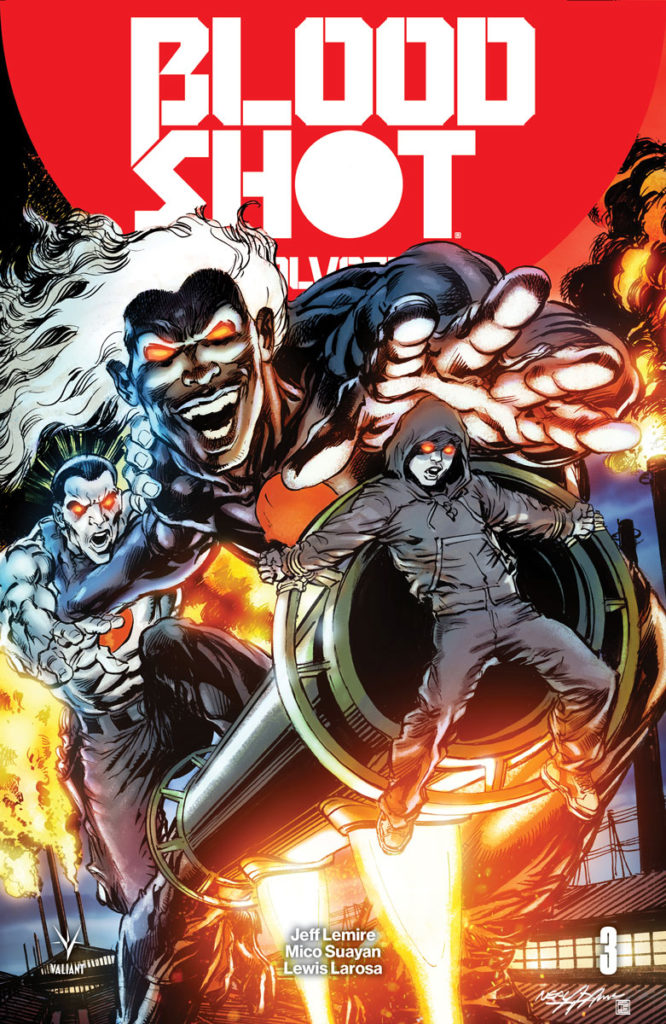 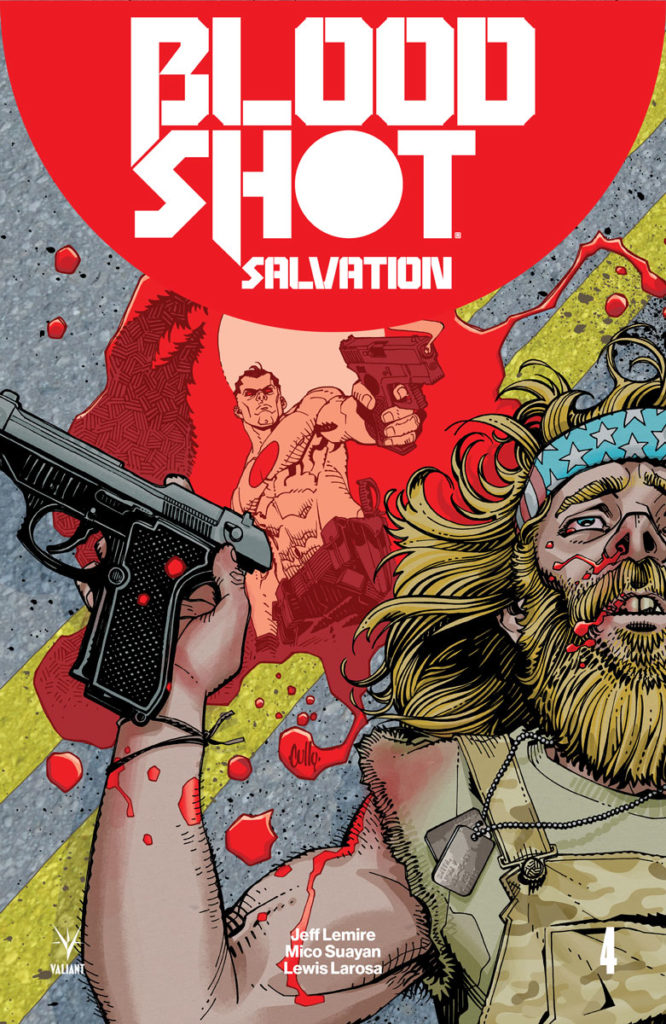 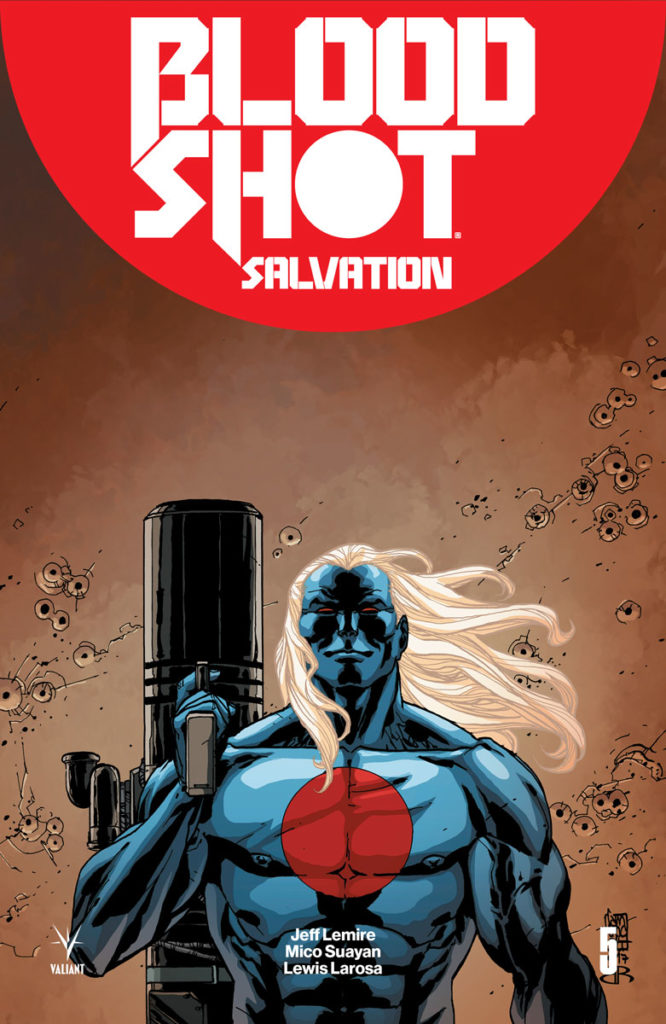