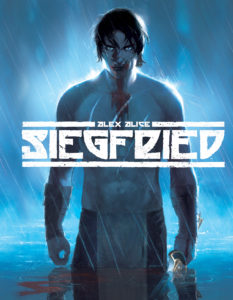 A three-part story inspired by Wagner’s classic opera The Ring of the Nibelung. Siegfried, half-god and half-mortal, is a young boy being raised by Mime, one of the last of the dwarf-goblin Nibelungs, in a dark forest with only wolves for friends and family. While his foster parent only wants to live in peace and solitude, Siegfried yearns to discover who his real parents are and live amongst his own kind, not knowing that Odin, father of the Norse gods, has a destiny planned for him: to fight the dragon Fafnir, guardian of the Rheingold.
———-

As far as opening lines go, those four words should give a reader some inkling of what to expect in a book. For an author to lead with that simple phrase might almost seem pretentious, however in works as ambitious as the Siegfried Saga, they only hint at the scope of the thing. Alex Alice’s story is inspired by and based on Richard Wagner’s operatic masterpiece Der Ring des Nibelungen (The Ring of the Nebelung), and words like “epic”, “grandiose”, and “heroic” should fit right into any publisher’s description. What may come as a surprise to some, mainly those completely turned off of this review by my use of the word “operatic”, is that words like “entertaining”, and “witty” are words that I think would be wholly appropriate.

Following the template of any myth worthy of the name, this is the story of Siegfried, orphaned as a baby and given into the care of the Nibelung (think a combination of dwarf and the Skeksis from Jim Henson’s The Dark Crystal) exile Mime’. Growing up under the “care”- yeah, not really the right word here- of Mime’ wasn’t easy for young Siegfried, who spent most of his days at menial labor, being told that he was unwanted by his parents, that they gave him away and were happy to be rid of him.

As he comes of age, Siegfried finds out that his past isn’t quite what he’d been led to believe. Mime’ found the baby in his dying mother’s arms, his father already dead, and that she’d begged the Nibelung to take care of her child with her last breath. With no idea of the reason or circumstances around his parents’ deaths, no hint at his past but a broken sword, the young Siegfried takes his first steps on a path that will lead him across the known world, pit him against a dragon, and gain him the notice of the gods.

The “hero’s journey” has been followed for as long as people have told stories around the campfire. It has been aptly defined by Joseph Campbell in his 1949 book “The Hero With a Thousand Faces” as:

A hero ventures forth from the world of common day into a region of supernatural wonder: fabulous forces are there encountered and a decisive victory is won: the hero comes back from this mysterious adventure with the power to bestow boons on his fellow man.

There might be an argument that this simplistic formula has been used and abused, however seeing as this particular story is based heavily in Norse and Viking mythology, I’d say the formula is more than fitting.

Alex Alice set out on this project as the ultimate labor of love, having come to appreciate the original work of Wagner in his youth. He’d always thought that the imagery evoked by the themes of Der Ring des Nibelungen deserved a treatment worthy of Odin (or Wotan). To that end, he set about putting pencil and pen to paper with multiple goals in mind. First, we have the outstanding bit of work that is his three part series of graphic novels, all available now from Boom! Studios, under their Archaia label. Next up is a feature length animated movie which will hopefully be released soon… judging from the many examples of animation cells included in the books the movie will be very much in a classic Disney-esque style.

But the books… I’m going to confess that I’m not much for opera, but I have been a fan of Norse mythology since I got a hold of my first Thor comic at a tender age. The blending of elements from myths of Scandinavia and the Viking cultures introduces the opportunity to bring something new into the familiar themes and characters. Not at all a slave to the source material, Alice is able to pay obvious tribute without leaning too heavily. The important themes and characters are there in all of their glory, but they haven’t been cast in their old traditional molds. All of these themes are written and outstandingly illustrated with a modern sensibility, easily accessible for audiences of all ages and interests.

The Siegfried Saga is an impressive work of graphic art, done in a style that blends classic with contemporary, and follows an equally impressive hero on a quest for his identity. All three hardcover volumes should have a place on any bookshelf worthy of the name- particularly if said bookshelf already holds a copy of Frank Miller’s 300.

Listening to Wagner is optional.

Now, the preview pages… in keeping with the epic scale of Wagner’s original fourteen hour in total operatic masterpiece, I give you a whole LOT of eye candy! 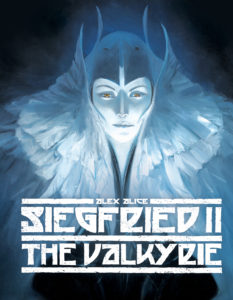 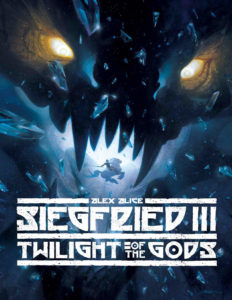 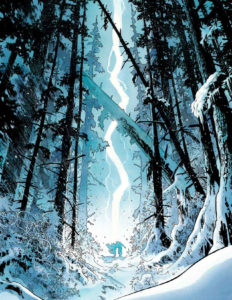 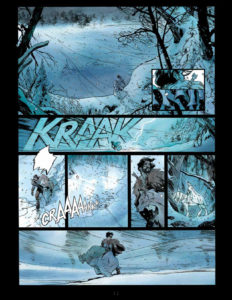 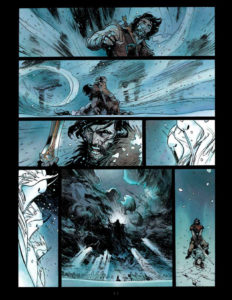 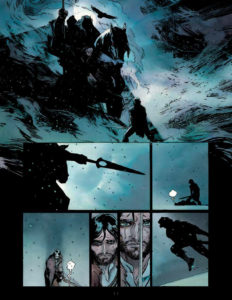 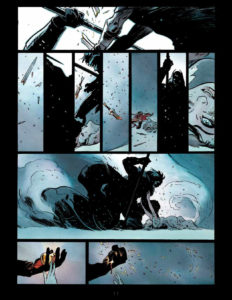 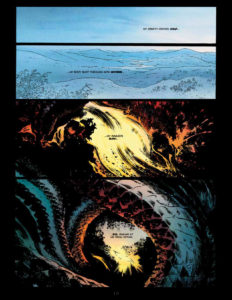 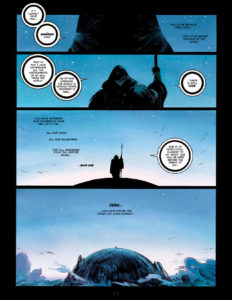 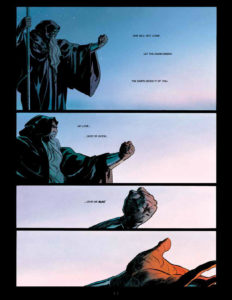 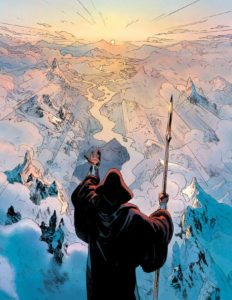 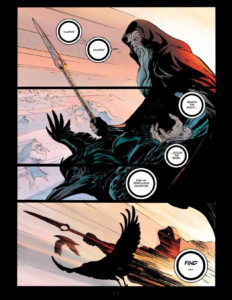 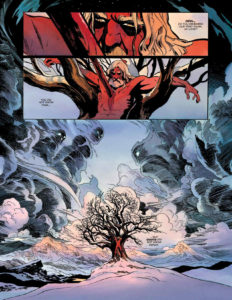 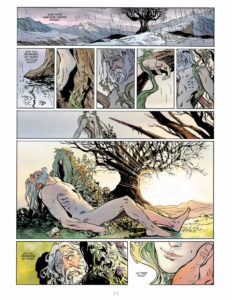 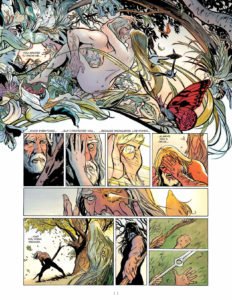 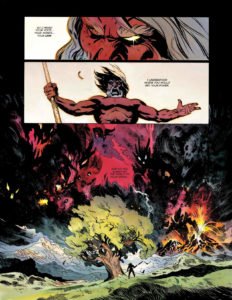 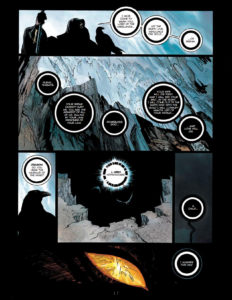 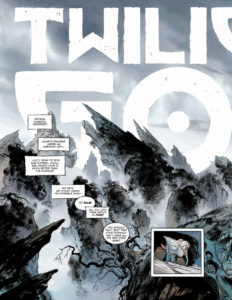 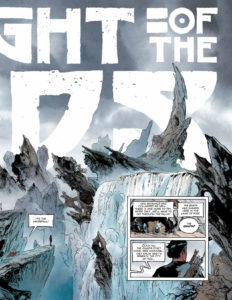 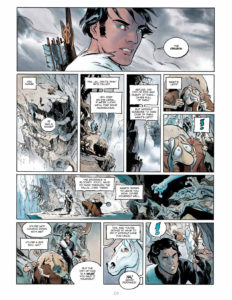