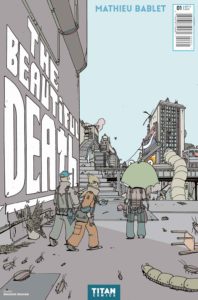 The apocalypse has been and gone. The age of humanity is at an end, and horrifying insect aliens from the depths of infinite space are the new masters of the Earth!

What does resistance mean, when there’s nothing left to fight for?

That’s what Wayne, Jeremiah, and Soham, the only survivors of the devastating invasion, struggle with – seeking a future that justifies their presence on a ruined world.

As they pick through the remains of human civilization, keeping out of reach of the bugs, none of them suspect that they are part of a much larger plan, one that involves another, unknown, survivor! 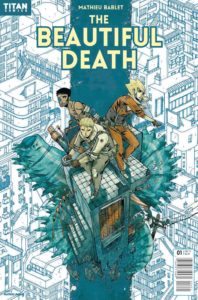 THE BEAUTIFUL DEATH is part of Titan Comics’ exciting line of translated comics, which brings the best of international comic books to a brand-new US audience. Previous titles include Snowpiercer, Elric, The Death of Stalin, Masked, World War X, The Chimera Brigade and Khaal.

“I really love Mathieu Bablet’s story. We made contact at the Angoulême Festival earlier this year, and I wanted to find a way to bring his work to an international audience,” says Titan Comics Brand Manager, Chris Thompson. “Getting Brandon to do a cover seemed like a no-brainer, with their similar aesthetic and approach. We’re so pleased with what he turned in, and I hope it entices people to check out this gorgeous interior work.”

Titan Comics’ The Beautiful Death is available to order from the upcoming July edition of Diamond PREVIEWS.

Titan Books is a leading publisher of Film, TV and Game tie-in fiction and art books, as well as publishing a robust original fiction list specialising in SF, Fantasy, Horror and Crime. Titan Comics publishes trade paperbacks and graphic novels in the UK and North America. The extensive front and backlist catalogue includes prestigious licensed characters and properties, including Batman, Doctor Who, Superman, Tank Girland The Simpsons, as well as acclaimed creator-owned series such Bloodthirsty: One Nation Under Water andMan Plus. 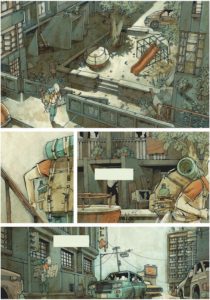 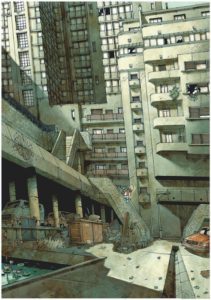