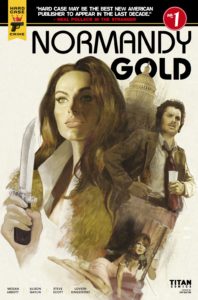 When her younger sister is found murdered in a D.C. hotel, relentless Sheriff Normandy Gold dives headfirst into the seedy world of prostitution and politics, soon discovering a twisted conspiracy that could lead right to the White House.
———-

Her father was killed during World War II before she was born. Her mother never recovered her youthful sense of optimism, and spiraled into a life of drugs and prostitution. Years later, her sister Delilah was born, and for a while Normandy Gold made the best of things for her sake. Finally, when life became too much to handle, Normandy ran away from home. From there, her education consisted of whatever she could grab, glean, or steal, using any means at her disposal to survive. At the age of 14 she met a small town sheriff in Dealy, Oregon, a man who showed her that not everyone she’ll meet is looking to take from her or use her. He took her in and taught her other lessons, valuable lessons that have served her well, and eventually led her to taking up his mantle of sheriff.

Normandy has moved on past the dark past that shaped her early years, or at least she thought that she had. When she receives a phone call from her sister, Delilah, whom she hasn’t spoken to since leaving home, everything she thought was dead and buried comes raging to the surface. She’s going to need every lesson learned, good and bad, before justice will be done. It won’t be easy, it won’t be a straightforward journey, and no one is going to come out of the fight clean. In the Washington DC of the 1970’s, nobody stays stain free for long.

If my breakdown of the opening issue of Normandy Gold sounds like a cheesy exploitation movie of the 70’s, then I can go to sleep tonight knowing that I did my job. That’s exactly the kind of throwback noir crime story that this is. The world of Normandy Gold is ruthless. It’s grimy. It is absolutely not for the sensitive or easily offended. It’s a world of exploitation, prostitution, drugs, and abuses of power. Just reading it, I felt like I maybe needed a shower.

You’re still here? Great! Now I can tell you that this unflinching dive into the retro-crime story is just about as good an addition to the genre as could be imagined. Megan Abbott & Alison Gaylin have perfectly captured the feel of those old movies, so much so that I could just about hear that funky keyboard track in the background as I read it. I’m just not sure who could have possibly been cast in the role of Normandy Gold… The narrative reveals Normandy one piece at a time, and shows her to be every bit as broken, edgy, and willing to dig as far into the muck as it takes to get the job done. The artistic team of Steve Scott & Lovern Kindzierski have taken that narrative and opened it up visually, using a realistic tone that takes full advantage of the style of the times.

Be warned, this isn’t a story that’s likely to have a happy ending, and it’s definitely loaded to the brim with mature themes and images. That said, nothing written or drawn is there simply for shock value. It’s all part and parcel and works to tell the story of a woman whose past isn’t buried as deeply as she thought. You can see it more kudos to artist Steve Scott in 3… 2… 1…) in Normandy’s eyes, her stony expression, the stoic front she puts up to mask the chaotic whirl of emotions just below the surface. Fans who like their crime noir gritty and extra pulpy should give this title a look. 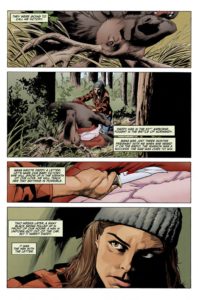 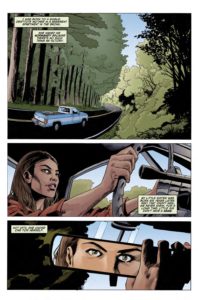 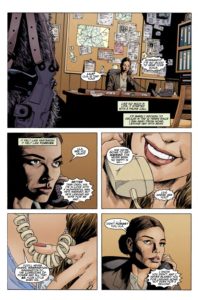 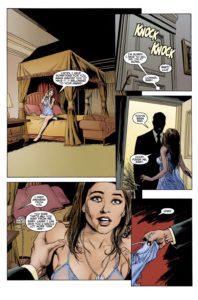 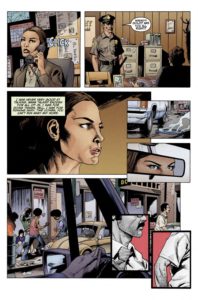 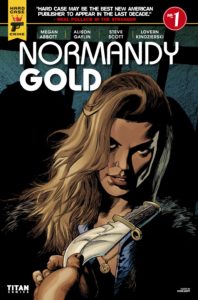 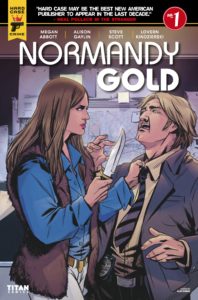 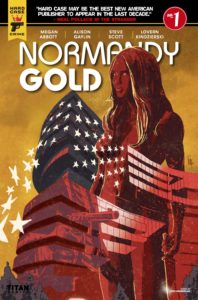 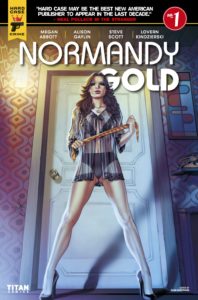