This summer…a major Valiant hero will fall as the countdown to HARBINGER WARS 2 begins!

“The death that occurs in HARBINGER RENEGADE #5 is going to have a profound effect on the trajectory of the Valiant Universe for at least the next year,” said Valiant Editor-in-Chief Warren Simons. “HARBINGER has always been about the stakes and real-world consequences of power in practice. The events of ‘MASSACRE’ are going to rip through the Harbinger Renegades like a shockwave. This is a key moment that will directly lay the groundwork to HARBINGER WARS 2.”

“Everything we’ve already done in HARBINGER RENEGADE and everything we are going to do is akin to placing bricks along a path,” writer Rafer Roberts told Comic Book Resources. “We are building a road; a road that leads to war.”

Plus: Also coming in the pages of “MASSACRE”…discover the true face of the antagonist that will bring HARBINGER WARS 2 to bear in 2018! The first appearance of Valiant’s most formidable villain yet happens right here, only in HARBINGER RENEGADE #5!

This summer, the Valiant Universe reaches a critical turning point as the H.A.R.D. Corps incites a “MASSACRE” that will reverberate for years to come…and each of the Harbinger Renegades stand on guard to honor the fall of a comrade in arms. Rafer Roberts and Darick Robertson begin THE ROAD TO HARBINGER WARS 2 with a bang, only in HARBINGER RENEGADE #5 – coming in July!

For more on what awaits in “MASSACRE”, join writer Rafer Roberts alongside Valiant Editor-in-Chief Warren Simons and Valiant CEO & Chief Creative Officer Dinesh Shamdasani this weekend for the VALIANT: THE ROAD TO HARBINGER WARS 2 panel presentation on Sunday, March 5th at 2:30 p.m. PT in room TCC301! 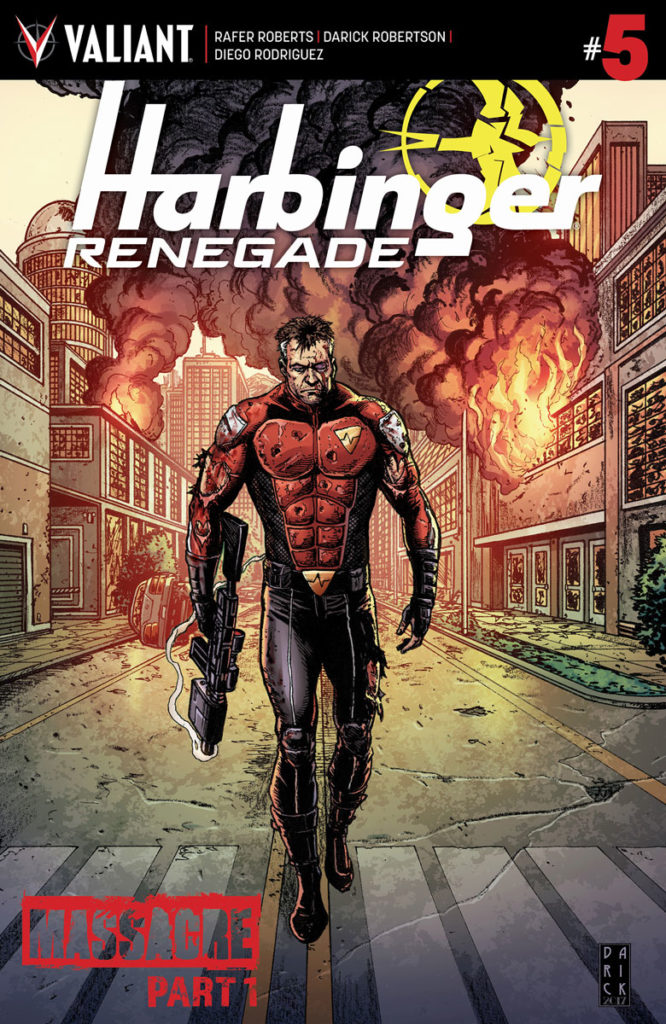 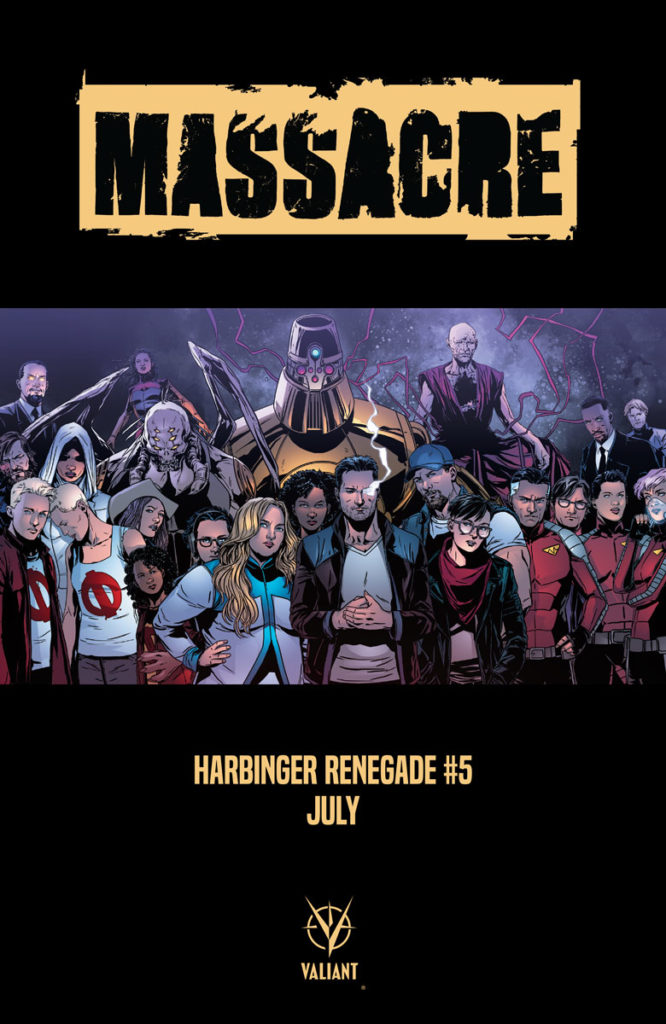