Valiant is proud to present your first look inside IMMORTAL BROTHERS: THE TALE OF THE GREEN KNIGHT #1 – a swashbuckling one-shot adventure colliding Archer & Armstrong, the Eternal Warrior, and Ivar, Timewalker with King Arthur’s Court for 48 pages of non-stop adventure! On April 12th, celebrate 25 years of Valiant’s famed immortal trio with New York Times best-selling writer Fred Van Lente (Archer & Armstrong) and Eisner Award-winning artist Cary Nord (X-O Manowar) as they journey backwards in time to the fabled realm of Camelot…as the immortal Anni-Padda brothers come together to wage war against the fearless and formidable Green Knight! Presented in loving tribute to Barry Windsor Smith’s classic Archer & Armstrong/Eternal Warrior #8, a quest centuries in the making takes flight in an oversized tale of bravery and brotherhood honoring the silver anniversary of Valiant’s eternal heroes!

It’s winter at King Arthur’s court in Camelot! The monstrous Green Knight has appeared before the Round Table with no armor, a gigantic axe, and a challenge. He has come to insist that the weaker knights participate in a friendly “winter’s game” where anyone can strike him once with his axe, but on one condition: That the Green Knight can return the exact blow in one year’s time. King Arthur has agreed to face the mysterious knight himself, but the Round Table’s youthful and most gallant champion, Sir Gilad, takes up the challenge to protect his king. Much to the court’s surprise, the Green Knight doesn’t flinch as his head is struck clean off…only to pick it up himself and warn Gilad that he is fated to receive the same blow before the year is out. Now, Gilad – the Eternal Warrior – must solve the mystery of who the Green Knight is before his hour at the axe comes to pass! But first, he’ll need to find some help…in the form of his own immortal brothers – Armstrong and Ivar – who shall be united once more!

“I like the idea of checking in with [the immortal brothers] at various points in their history. They still can’t stand each other, no matter what situation they find themselves in,” writer Fred Van Lente told ComicsAlliance. “One’s smart, one’s cunning, and one’s strong, and they all have very different ways of attacking problems, so they’re constantly arguing about which one is better. But they do love each other. It’s like family, you love them as long as they’re on the other side of town.”

On April 12th, Valiant’s most gallant immortals raise sword and shield for a legendary tale like none other! Valor, villainy, and victory are the order of the day as the IMMORTAL BROTHERS: THE TALE OF THE GREEN KNIGHT #1 rises to the challenge – with covers by all-star artists Cary Nord (Conan), Mico Suayan (Bloodshot Reborn), Marc Laming (Ninjak), and newcomer J.M. Dragunas!

Plus: Be back on May 10th as New York Times best-selling writer Robert Venditti (Hal Jordan & The Green Lantern Corps.) and acclaimed artist Renato Guedes (Bloodshot Reborn, Wolverine) reveal a seminal chapter of the Valiant Universe’s earliest days in ETERNAL WARRIOR: AWAKENING #1 – the second of four special issues honoring the most beloved Valiant tales ever! Revealing a bloodstained episode of Gilad Anni-Padda’s journey through the ages…and celebrating the original ETERNAL WARRIOR #1 by comic legends Jim Shooter and John Dixon! Then, look for two more celebratory one-shots honoring Valiant’s most memorable tales as the summer continues. 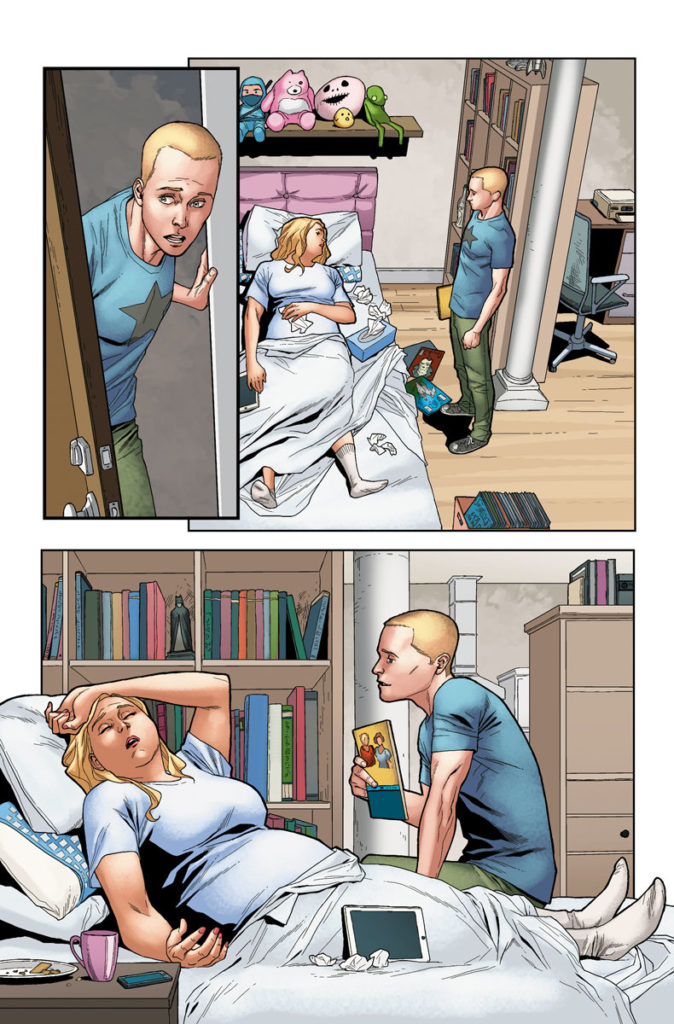 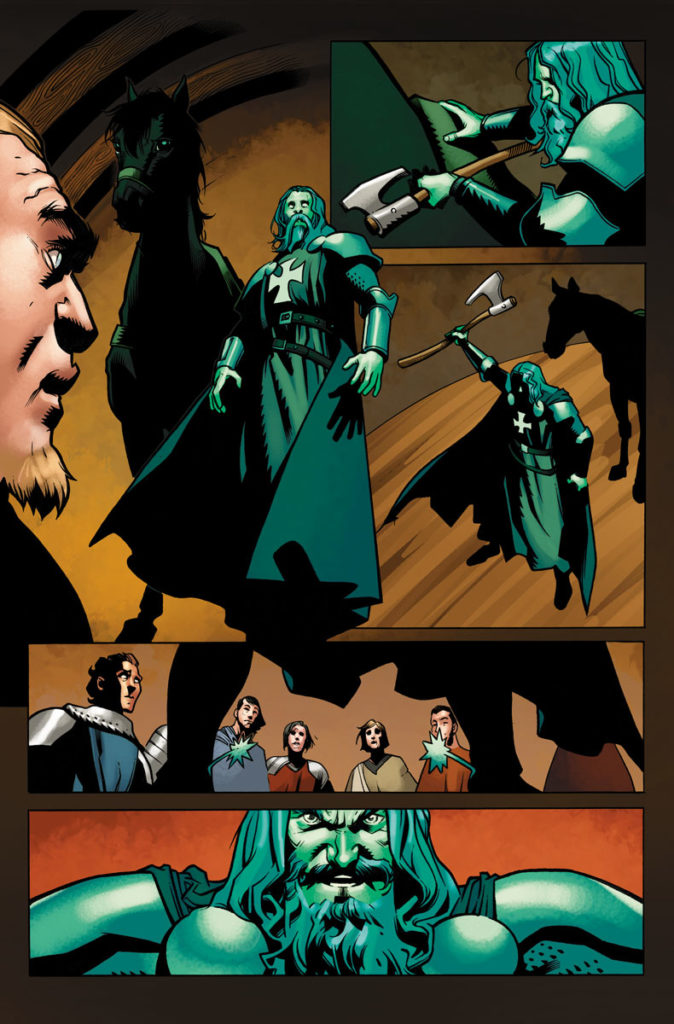 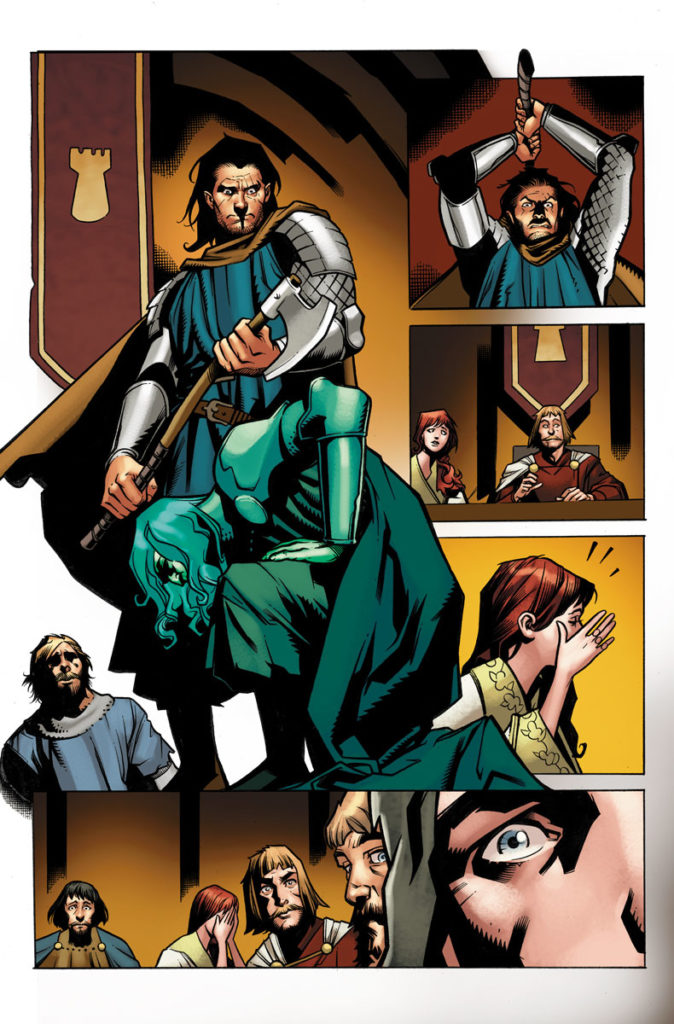 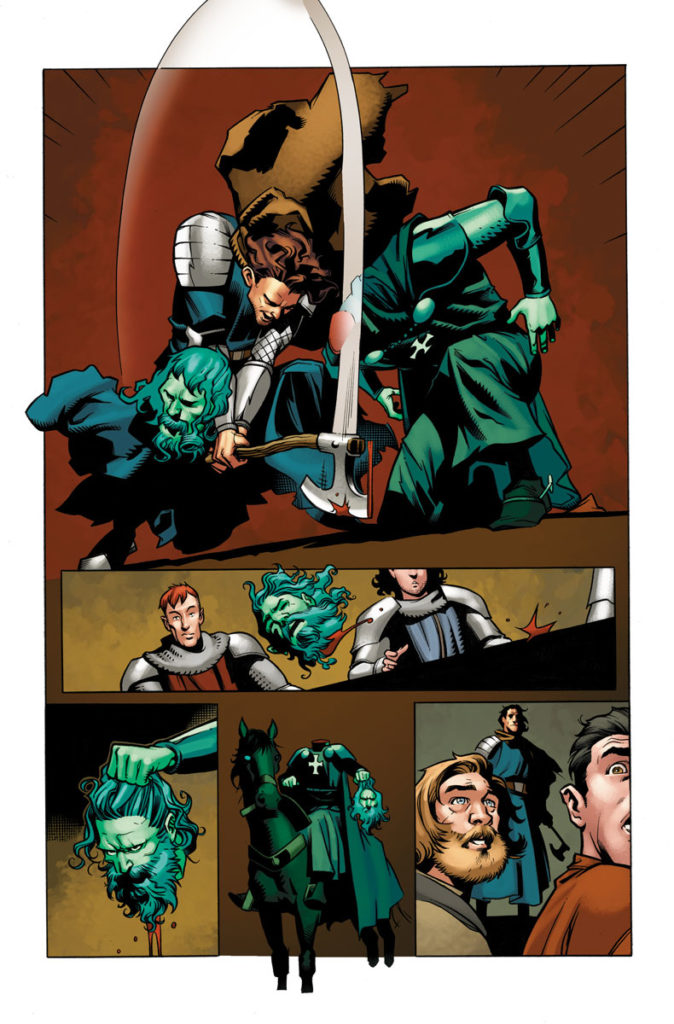 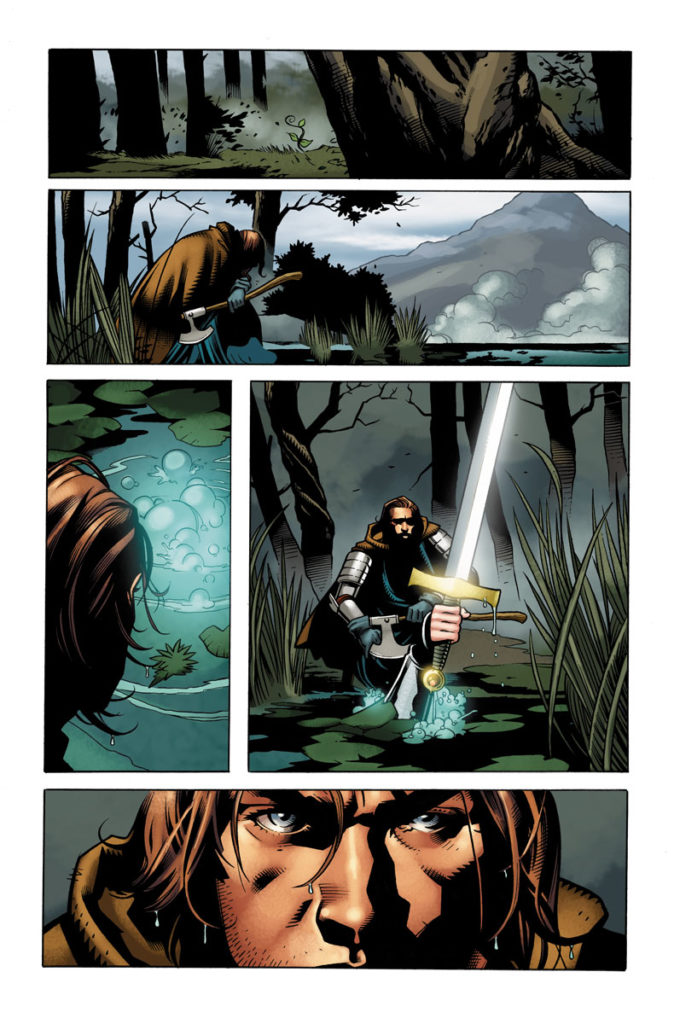 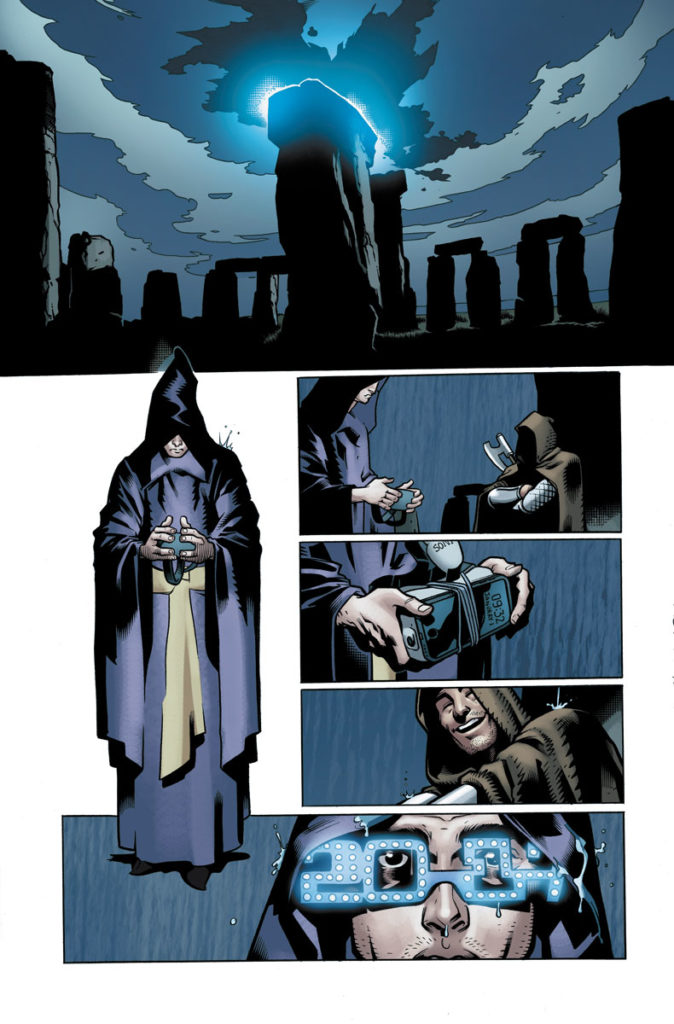 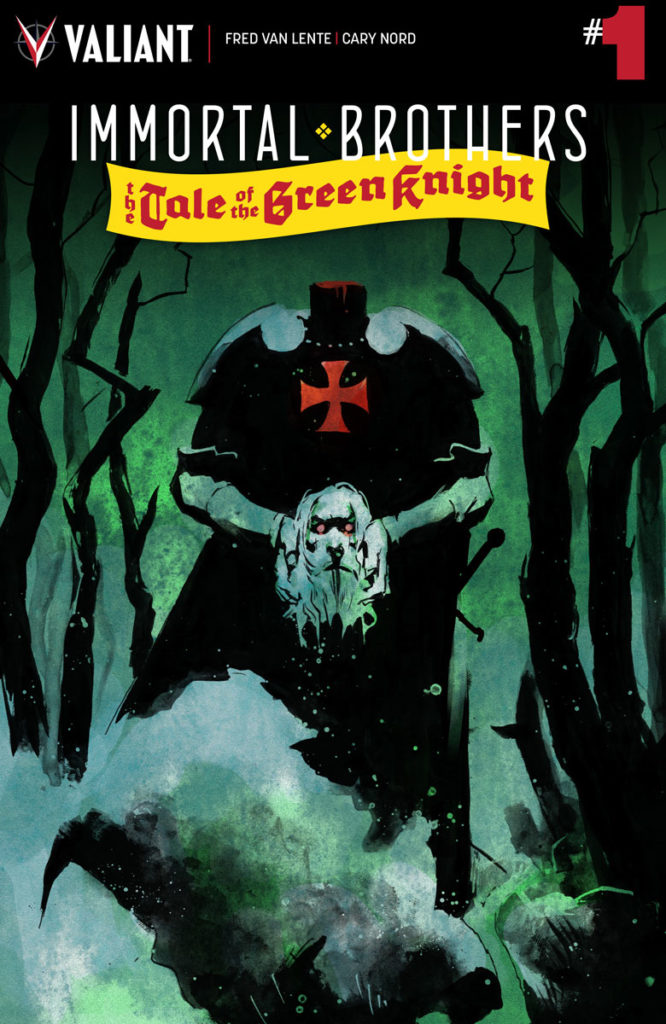 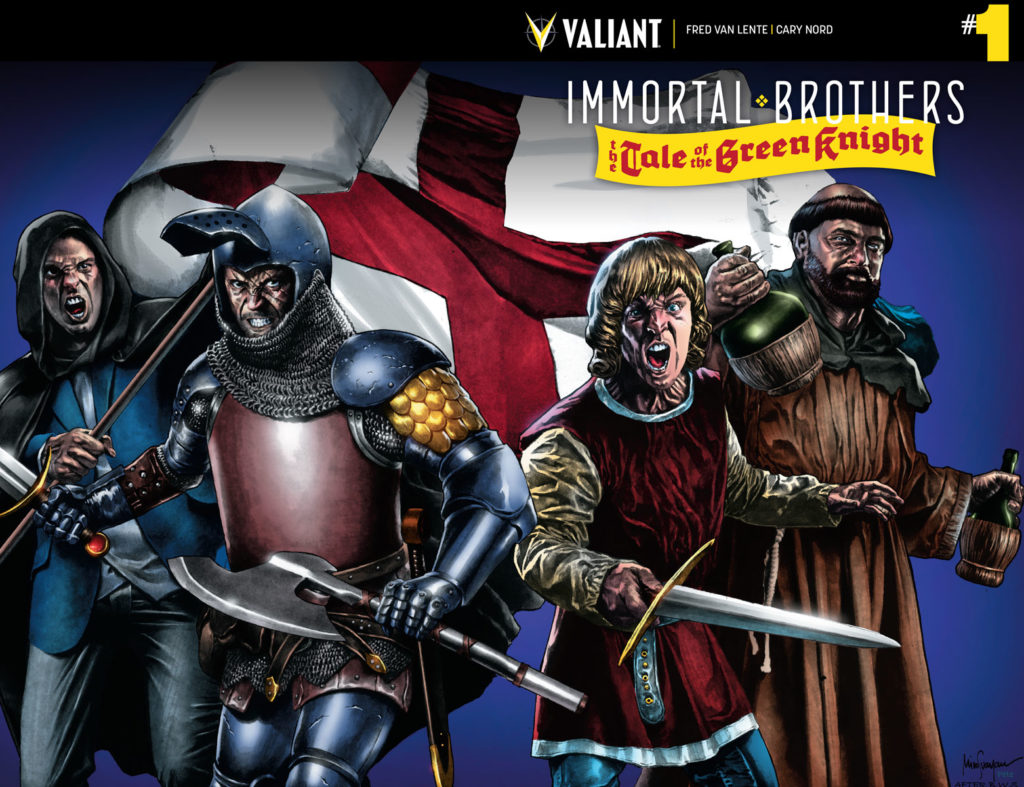