Eric
Comic News, Games, IDW
Comments
IDW Publishing And Hasbro Announce ‘Clue’ Comic Book Series
The 5-Issue Series Marks the First Time the Popular Detective Board Game Will be Adapted into Comics
There’s a mystery to solve! Today Hasbro, Inc. (NASDAQ: HAS) and IDW Publishing (OTCQX: IDWM) have announced that this June, Mr. Boddy will turn up dead in the pages of CLUE, a brand new comic series inspired by Hasbro’s classic game.

The internationally renowned murder mystery game has already inspired a major motion picture and forthcoming stage production, and now fans will have the chance to follow the adventures of Miss Scarlet, Colonel Mustard, Mrs. Peacock, Professor Plum and other classic characters in a 5-issue comic series from IDW under license from Hasbro. The new series marks the latest collaboration between Hasbro and IDW Publishing, who have a long-standing relationship that has resulted in countless iconic characters gracing the pages of popular comic books, including TRANSFORMERS and MY LITTLE PONY. 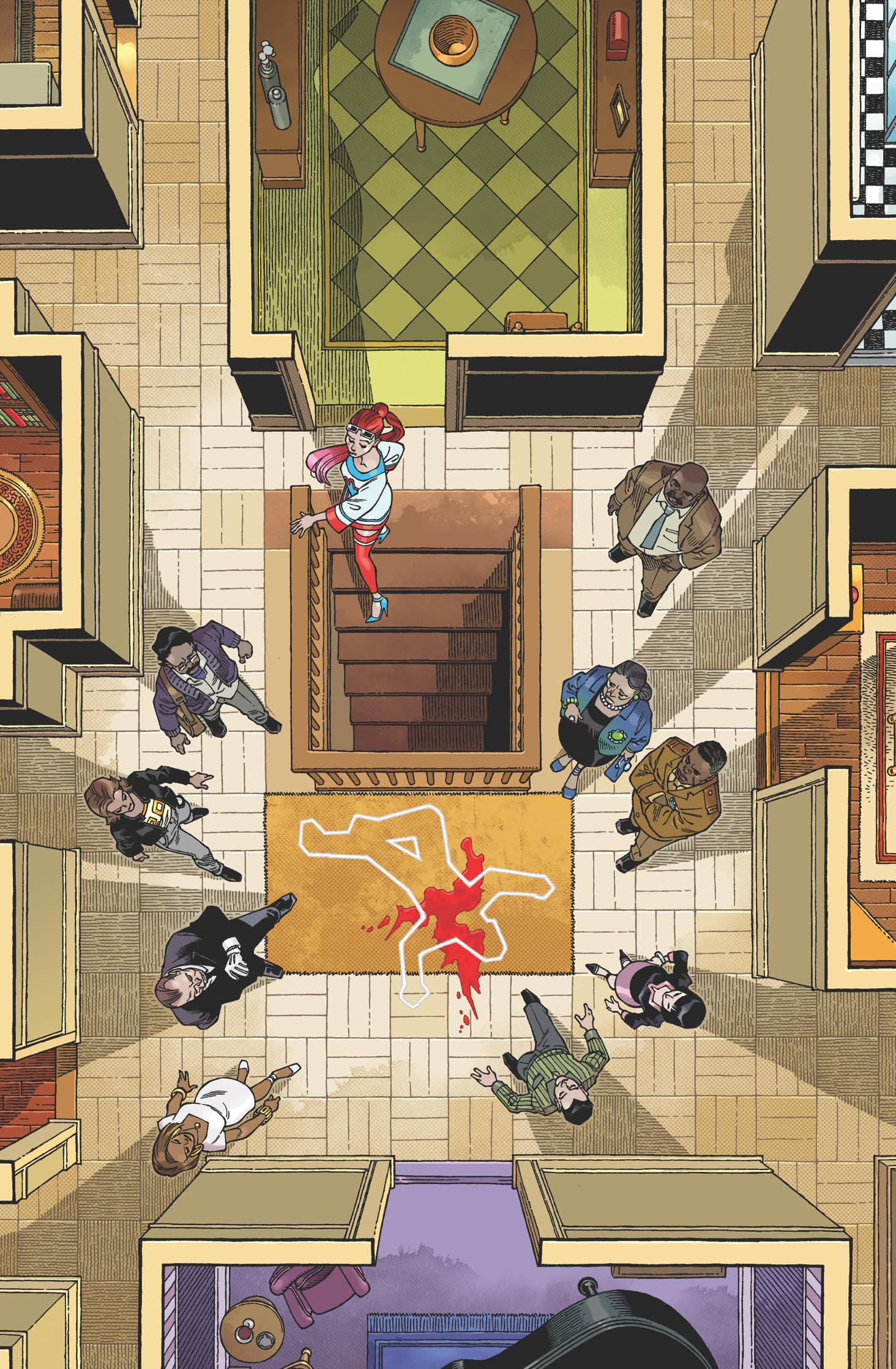 “Clue is one of Hasbro’s most iconic brands for good reason – it’s a fun murder mystery concept filled with colorful characters,” said Michael Kelly, Director of Publishing at Hasbro. “IDW has been our trusted partner in the comic world for a long time, and we are thrilled with the way they’ve translated the property to this new medium. Readers will love following along with the story and trying to unravel the mystery of the case.”

“Ask the average person, and they can tell you who the suspects in Clue are,” said Greg Goldstein, IDW Publishing’s President and CCO. “They are household names and have provided countless hours of entertainment for audiences across the globe. We are looking forward to building an intriguing new world with these characters.”

Putting a comedic spin on the classic Clue concept, Paul Allor (Guardians of the Galaxy, G.I. JOE) will be writing the series, joined by artist Nelson Dániel (Dungeons & Dragons, The Cape).

“I am incredibly excited to be working on this project, especially with an artist as talented as Nelson Dániel,” said Allor. “In the grand tradition of the Clue franchise, we’re crafting a fun, exciting and at times completely bonkers story that will keep people guessing until the very end! I truly can’t wait for comics readers to step into the mansion and find out just what we have in store for them.”

The new series opens after the doomed Mr. Boddy is murdered at his own dinner party and everyone is a suspect! Will Boddy’s body be the last to fall, or is it just the beginning? Readers will have to follow the clues to solve the mystery, which deepens even further as issue one will feature three alternate endings!

Depending on which variant cover comic book sleuths pick up, a unique conclusion unfolds. Is it a clue, or a red herring? Readers can collect all the variants (and clues), as well as the main cover by Eisner award-winning artist Gabriel Rodriguez, this June to find out!