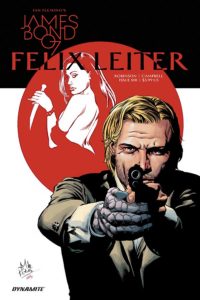 From superstar creative team James Robinson (Starman, Red Sonja) and Aaron Campbell (The Shadow, Uncanny) comes the Bond spin-off highlighting 007’s American counterpart!
Felix Leiter finds himself in Japan, tracking down a beautiful, Russian spy from his past. But when the mission takes a turn for the worse, he will discover that there are more deadly schemes afoot in Tokyo and beyond!
———-

Former CIA agent Felix Leiter is in Japan on loan. His former life of global adventure has left him behind, but when offered a job by his former employers, he isn’t really in the position to turn them down. Felix has been hired to track down a former Russian agent believed to be operating in Japan. Alena Davoff has gone to great lengths to erase all evidence of her existence, going so totally off the grid that it comes down to her last living acquaintance to visually identify her.

Even with the risks involved in tracking a rogue Russian assassin, the job shouldn’t be too complicated. Felix just has to track down and identify Alena, notify his Japanese contact, and then step back to let them pick up the trail from there. If this isn’t your first spy story, you’re probably already aware that nothing is ever that simple. When Felix’s backup doesn’t arrive, it becomes painfully obvious that Alena knows she’s being followed and things start to get interesting.

Dynamite’s been doing a helluva job on bringing Ian Flemming’s British super-spy to the page, with several story arcs already under wraps. This off-shoot from the James Bond tree will mark the first attempt to broaden that complicated and dangerous world of spy versus spy. We already know how 007 reacts to global threats from shadowy underworld organizations. What we don’t know much about is how the supporting players are up to when not acting as the timely plot device in Bond’s story.

In the original James Bond books, Felix Leiter was an operative for the CIA. Over the years he’s played a couple different roles, been played by a handful of actors, and has had more than his share of misfortune. That run of luck culminated when a shark attack left him minus an arm and a leg. Since then, supplied with state of the art prosthetics, he’s taken up the title of Pinkerton Detective, and most currently that of private investigator. It’s in this capacity that we find Mr. Leiter, eking out a living as the owner/operator of Leiter Investigations (right next to Al’s Barber Shop) in Key West.

Understandably, Felix might have lost a step or two since his days with the Agency. That’s a fact that gets driven home on his latest job. Having a pissed off Russian assassin in his face might not have been so bad once upon a time, but that life has apparently moved on without him. It’s a story that moves against the grain that we’re used to seeing in 007’s world… Usually, all of the ex-spies maintain their edge, their contacts, and their steady supply of quips. Here we’re given a look at a man who’s been through the wringer and is just a little bit slower than he used to be.

The creative team of James Robinson and Aaron Campbell has continued to create a more interesting world that doesn’t directly involve James Bond. It isn’t at all likely that all of Bond’s friends are just sitting around in a room, waiting for the green light to go signaling that it’s their turn to run in and play a supporting role in the action. It’s equally as likely that, given the lives that have been written for these people, any of them would come out of it healthy and unscathed. Lemme tell ya, Felix Leiter is plenty scathed, and I think it’s the adjustments he’s going to have to make in order to survive that makes this a great story to tell. I’m looking forward to seeing what or who else Dynamite comes up with to further flesh out the world of spies and assassins created by Ian Flemming.

It’s not James Bond’s world… he’s just another character playing his part in it. 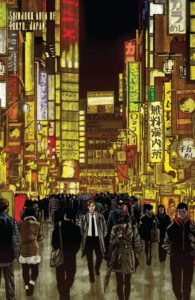 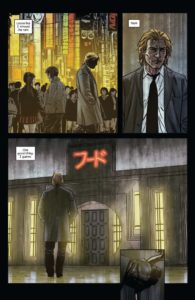 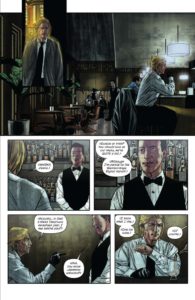 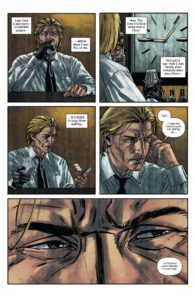 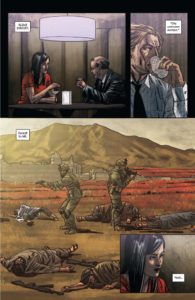 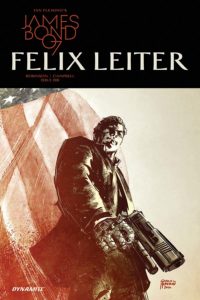