Having duped the resident college brainiac into giving her his powers-inducing glasses, and found herself in a position where, in the absense of Maine’s resident super-heroine, she’s promised to stop badass new super-villain Lightning Storm – Ruby Kaye has now inadvertently hospitalised her city’s other resident super-hero (and only potential aide) while trying and failing to stop the villain. So what’s she gonna do? What any self-respecting girl would do in her position. Get drunk!

Created and written by Sam Johnson (The Almighties, Cabra Cini: Voodoo Junkie Hitwoman) and illustrated by Carlos Granda (Grimm Fairy Tales, Charmed), the 4-issue Geek-Girl Mini-Series sees attractive, popular coed Ruby Kaye’s world turned upside down. When she landed super-tech specs on a whim, they granted her flight and super-strength – but a flaw in their programming has also rendered Ruby super-klutzy – alienating all but one of her ‘cool-kids’ clique. Ruby needs some down time – but things may not pan out quite how she’s hoping…

Johnson fills us in on what’s in store for Maine’s newest (and last standing) super-hero… “Ruby is an ‘act first, ask questions later’ kind of gal, who is used to getting what she wants, but she’s inadvertently gotten herself into a world of trouble with these glasses.” Johnson continues, “All she wants to do right now is hit a night club with her BFF Summer and forget about the whole super-hero thing for a night. However, that’s not gonna stop her talking about it – which is going to lead to some attention from another girl who’s used getting what she wants – and who’s going to decide that what she wants is Ruby!” 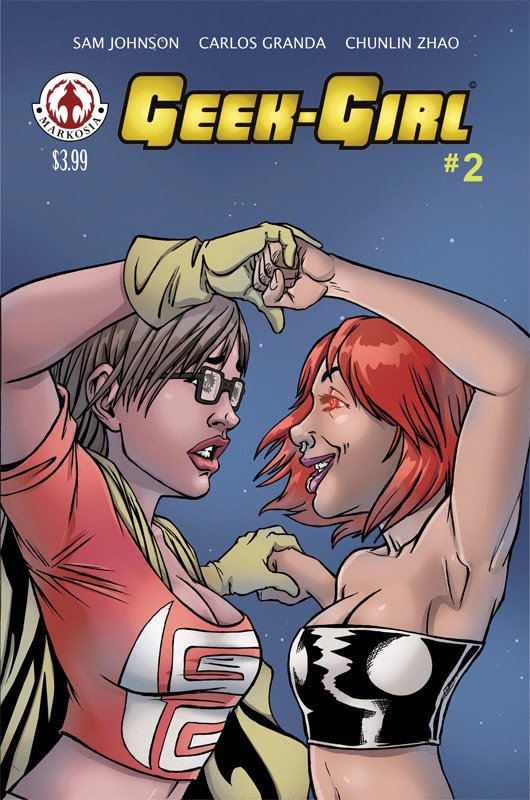 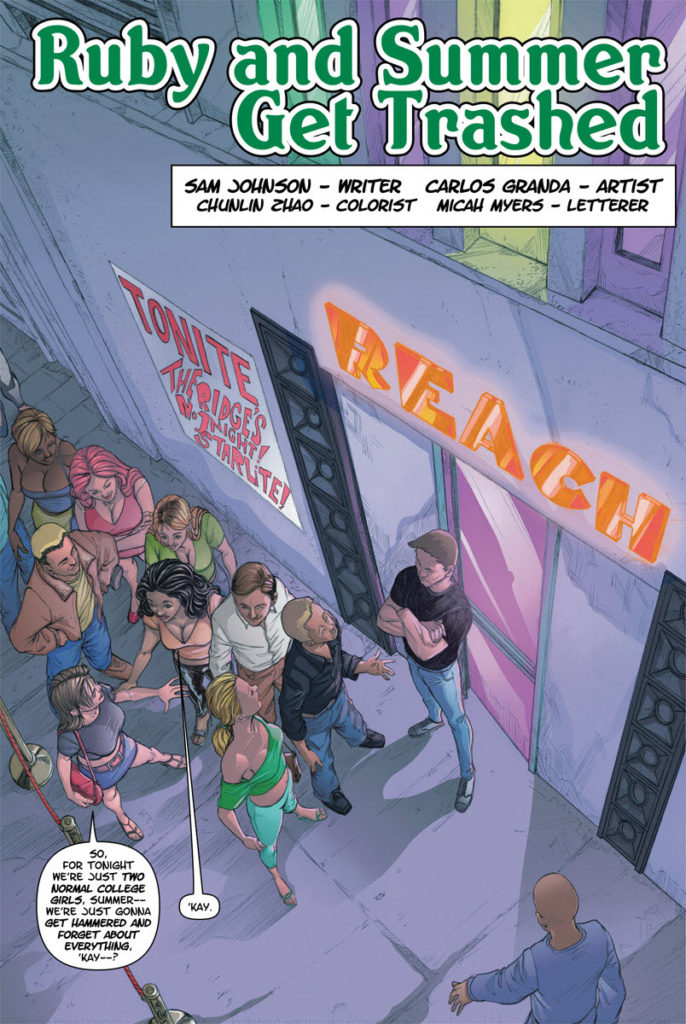 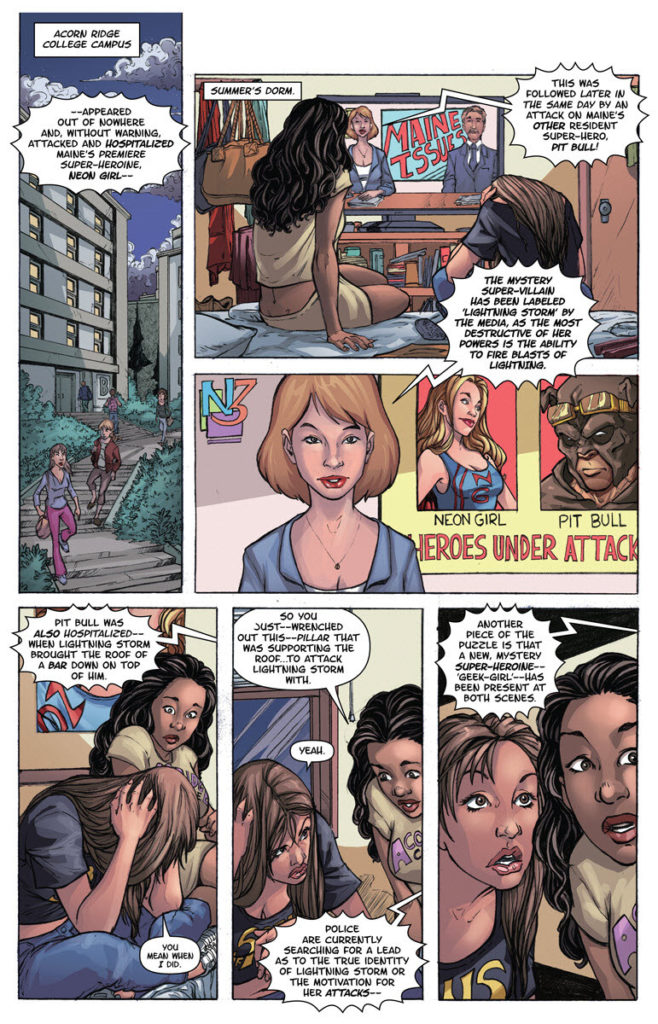 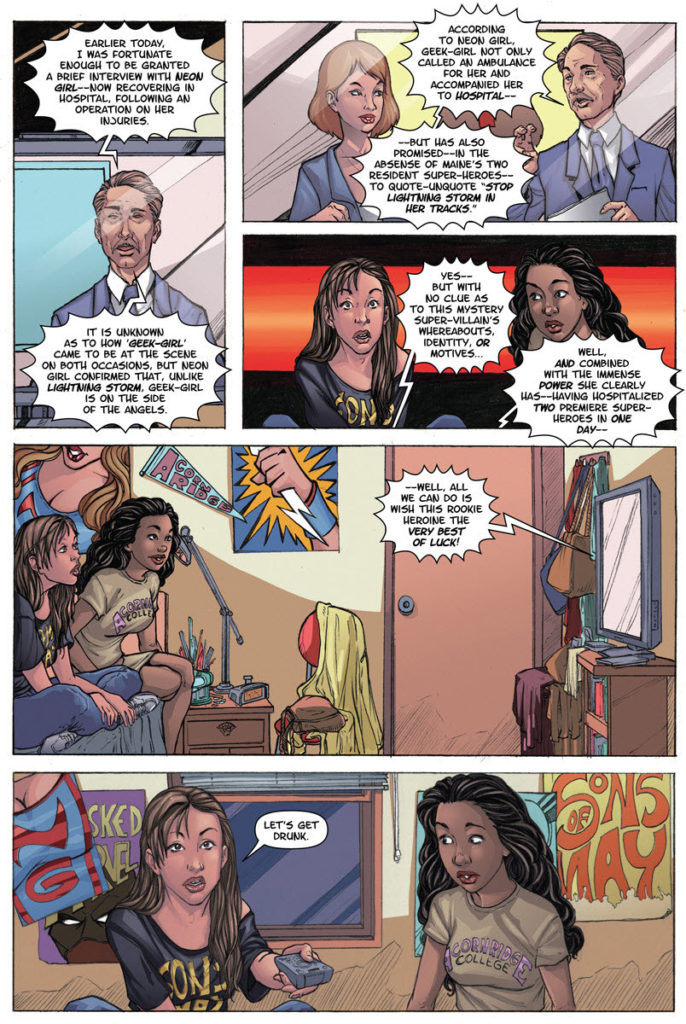 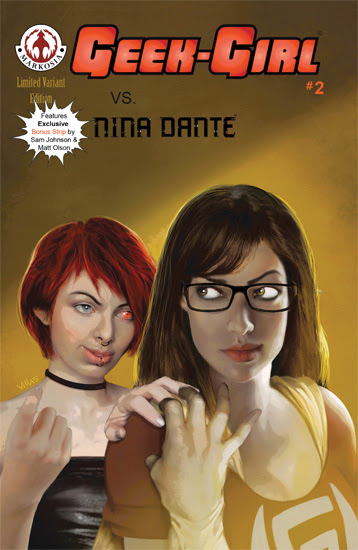 Geek-Girl #2 introduces us to Alt girl Nina Dante; like Ruby [was], Nina is part of a gang of attractive girls, but Nina likes to push her individuality and stand out – and to this end she’s just gone one step further than tattoos and piercings and got herself a cybernetic eye, and is at the same club as Ruby, showing it off when she overhears Ruby’s talk of super-powers…

Johnson continues, “The name ‘Ruby Kaye’ doesn’t seemed to hold the same cache, since she got hold of the specs, and Ruby’s concerned about what they’re doing to her image. She’s alienated her girl friends, and the guys don’t seem so interested in the former ‘Little Miss Popular’ either, now. But Nina is very interested. However, that might not be a good thing because Nina’s a little… ‘unhinged’.”

To find out what happens when alt girl and geek girl collide, check out
Geek-Girl #2 – out now from Markosia in Regular, Digital and Limited Variant editions, and available at www.geekgirlcomics.com and www.comixology.com