A bright new tomorrow is coming for the Children of the Atom as the X-Men race full speed into ResurrXion! From the ashes of Inhumans vs. X-Men comes your first details about the highly anticipated new titles – X-MEN GOLD and X-MEN BLUE! Launching in April, these multi-shipping, ongoing series bring fans a new beginning for these merry mutants – one that is sure to please fans old and new!

“Following an era where the X-Men were on the back foot, fighting for the survival of their species, we wanted to take a moment to exhale and indulge in the kinds of big, beautiful, colorful stories that portray the X-Men at their best,” says Editor Daniel Ketchum. “It’s a return to form, with spandex costumes rather than body armor, softball games on the school lawn, and the X-Men on a proactive mission to be the greatest heroes of all time—to human and mutant alike.”

It all kicks off in X-MEN GOLD #1, as creators Marc Guggenheim (X-Men, Young X-Men) and Ardian Syaf (Green Lantern) bring together the X-Men’s biggest guns for an all-new adventure! Kitty Pryde has returned to Earth to find the X-Men in shambles. They survived their war with the Inhumans, but at a great cost. They’ve earned their future, now what are they going to do with it? Kitty takes the reigns and assembles a team of the most iconic X-Men to her side – Storm, Colossus, Nightcrawler, Old Man Logan and Rachel Grey. They are the X-Men, and they’re here to take mutantkind into the future and make the world a better place! 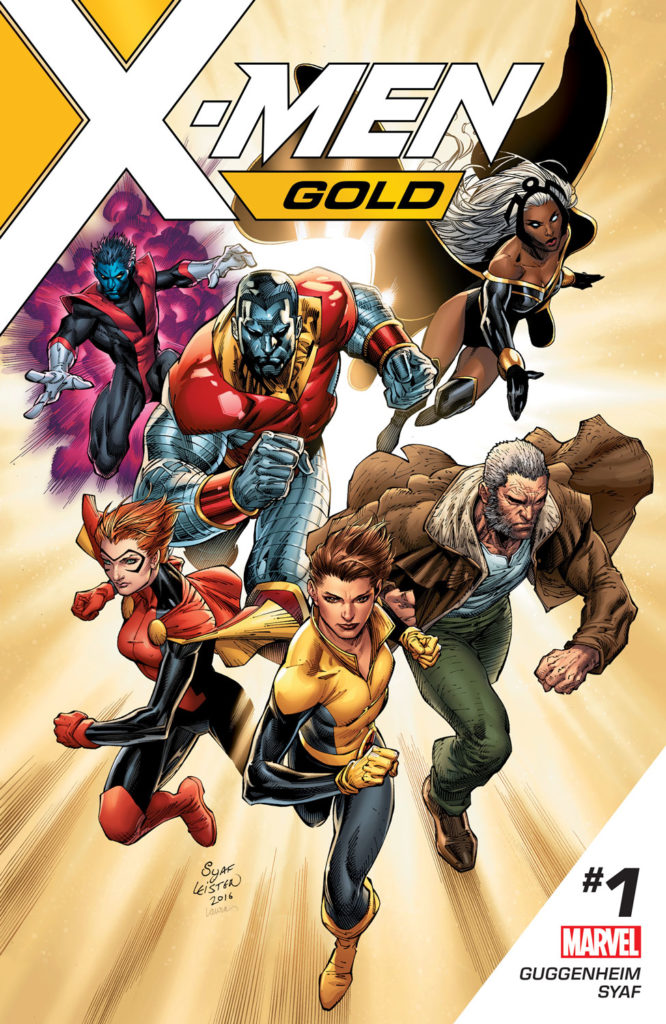 Then, fan-fave creators Cullen Bunn (Uncanny X-Men, Monsters Unleashed) and Jorge Molina (A-Force, Star Wars) bring the time-displaced original X-Men together once more in X-MEN BLUE #1! With Jean Grey at the helm, Cyclops, Beast, Iceman and Angel will set out to embody Xavier’s dream – to foster a world that no longer hates and fears them. But they’ll have help from none other than…Magneto?! Why would these X-Men ally themselves with the man they once swore to defeat? Can the former mutant terrorist truly be trusted? The X-Men are young, but they aren’t stupid. Keep your enemies close, after all… 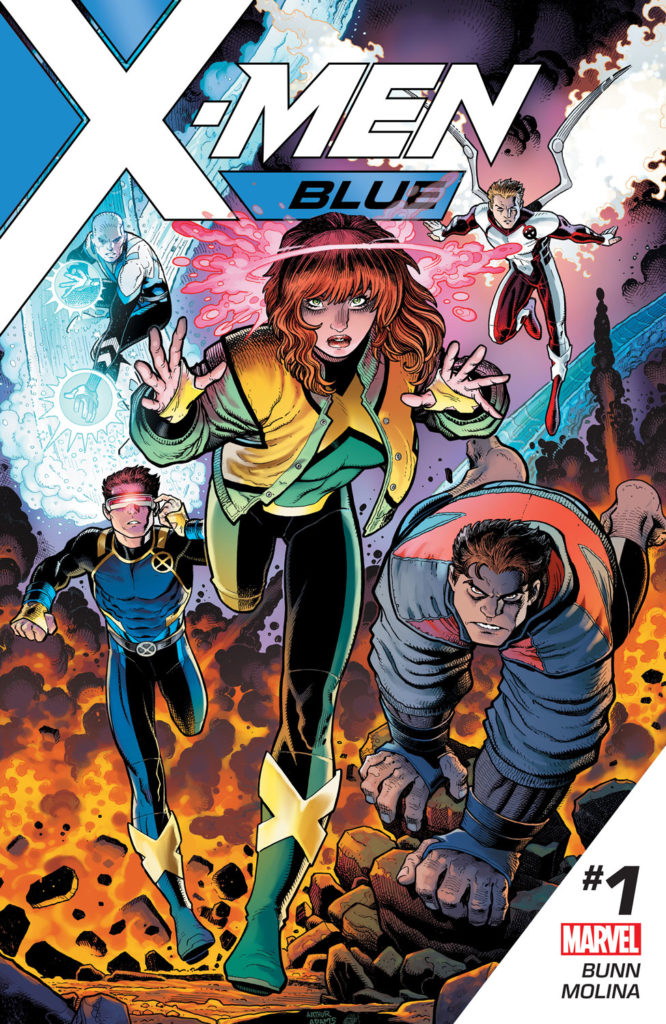 This is just the beginning! The future of the X-Men is bright, and it’s all beginning this Spring as RessurXion brings you a brand-new line of X-Men titles. Be there when it all kicks off in April when both X-MEN GOLD #1 and X-MEN BLUE #1 come to comic shops and digital devices everywhere! For more information on ResurrXion, visit Marvel.com.